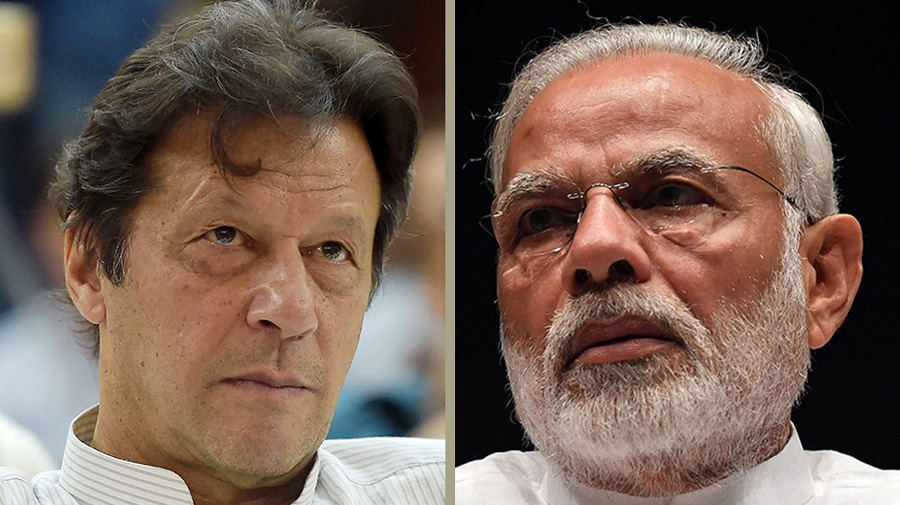 On 23rd-24th April 2021, while India was suffering from one of the worst Covid-19 numbers with a dire scarcity of oxygen and death toll surging high, a heart-warming hashtag of #PakistanstandswithIndia and #Indianeedsoxygenwas trending on Twitter in India and Pakistan alike with multiple celebrities tweeting in solidarity. While both countries continue to be adversaries; social media tells a different story at this time of crisis. Such hashtags show a sense of camaraderie, it is often short-lived, as soft power has failed to mitigate the conflict amongst these two nuclear-powered nations in the past, as Pakistan has an unparallel viewership of Bollywood movies.It is a utopia where India and Pakistan would no longer be at each other’s throats, this isn’t possible as the domestic politics of these neighbouring countries rely upon the tension between the two. With citizenry of both the countries empathising with each other at the time of distress, the governments respectively play their justified diplomatic tactics of keeping anupper hand.

With Pakistan foreign office and Karachi based Edhi foundation offering help to India, the Government of India lacking domestic leadership has been unresponsive to efforts. This attitude of the Modi government is to show an uncompromising strong man populist persona at the cost of long-term domestic and foreign policy losses.

This pandemic had provided an opportunity for the subcontinent to restore peace on humanitarian grounds, which have been lost time and again. Where India was hailed for its vaccine diplomacy around the world, for the immediate neighbour it was non-existent. Due to the strained relationships, with the events of the past two years plummeting ties to rock bottom, Pakistan did not request for a Covid-19 vaccine from India, neither did the latter offer to provide as an initiative under its vaccine Maitri programme. Even though Astra Zeneca’s Covid-19 vaccine produced largelyat Serum Institute of India was the first vaccine to be approved by the Drug Regulatory Authority of Pakistan. However, under the GAVI alliance, Pakistan will be receiving 4.5 crore doses of Indian-made vaccinesbut no direct deals or grants are being exchanged between the two governments.

Social media trends are the defining elements of anew age of Public diplomacy ; however, it is far from swaying the foreign policy of a state, at least in the subcontinent. In February 2020, a five-second “pawri” clip of a Pakistani Instagram influencer stirred the social media of both countries with memes being circulated and remixes made around the phenomenon subsequently citizens of both countries bonding over them. Even the police of Indian states used the trend to comically imposing Covid-19 related restrictions, all this happened while on the multilateral diplomatic forum at the 46th session of UN Human Rights Council in Geneva, India was accused Pakistan of disseminating “baseless and malicious propaganda against India” after stating the dire situation of certain sections of the society marred with gruesome human rights violations and state sponsored violence in Pakistan.

Why has public diplomacy failed in the case of India and Pakistan?

Public diplomacy is essentially altering the narrative about a state in the target state by modifying the opinions of the citizens of the target state. With respect to India and Pakistan, the conundrum is between the innate rivalry passed on from generations and cultural-ties, kinship, and shared history, especially with North India. The dispute between the two nations are deep-rooted with layers of years spent fighting, which can be cashed by inciting religious and nationalistic sentiments when required to display clout for political gains. A standard test of one’s nationalism is based on bashing the other country which is exceeding lyrampant. Social media a potent tool, rarely dictates terms to governments, although, it is fundamental to propagating extremist ideologies.

Internet bans: Rapid digitalisation of India and Pakistan is a boon to digital diplomacy, with world leaders seemingly being approachable to the citizens as well as for unrestricted broadcast of the status of ties between nations. A surge in internet bans is shrinking the new found cyber space in the foreign policy of the country, more so in India, where there is a prominent voice, than in Pakistan.

Strategic interests: An instable India is clandestinely the utmost priority of Pakistan’s deep state to keep the power balance in check, therefore, proxy war is fundamental to the foreign policy of the state so as to eventually boost the relevance of the deep state and the army domestically. However, the establishment have not been able to manipulate social media effectively in order to propagate animosity towards India. On the other hand, Indian foreign policy, also unable to exploit social media, is in a constant tussle with its Pakistani counterparts to establish hegemony in the anarchic subcontinent.

Nationalism: Pakistan was founded amidst the chaos of partition on the sense of belongingness for the Indian Muslims, with a pervasive feeling of building a nation from the scratch. This gave there cently identified Pakistani a bigger purpose to be part of something greater than individualistic aspiration and an unforgiving attitude towards India, as such narrative require an enemy to aggravate the emotions. Similarly, India saw a surge of hyper-nationalism with the advent of the BJP since 2014, increasing hostility among citizens of both nations.

Unlike the US and Kuwait which had a sheer absence of any commonality amongst citizens, thus, Kuwait had to a hire PR agency  to pursue its case, to secure assistance from US army, in front of US citizens by provoking their sense of humanity,  India and Pakistan have such a profound connection of history and language, that multiple  ad agencies manipulate the longing between the citizens of two countries. Although, this yearning will also witness a decline with the generation of undivided British India perishing every year. Yet, strategically the two are far from reconciliation as long as the conflict around Jammu and Kashmir is unresolved. This constant tit-for-tat never ceases to exist, having dire repercussions on trade and mutual interests.

Ganimat K Sidhu
Author is atrained sociologistwith an MA in International Relations from Coventry University, UK and has workedat UNDP in the domain of SDG and public policy. She is a freelance analyst of Public diplomacy.
Tags:
Share:
Share this...