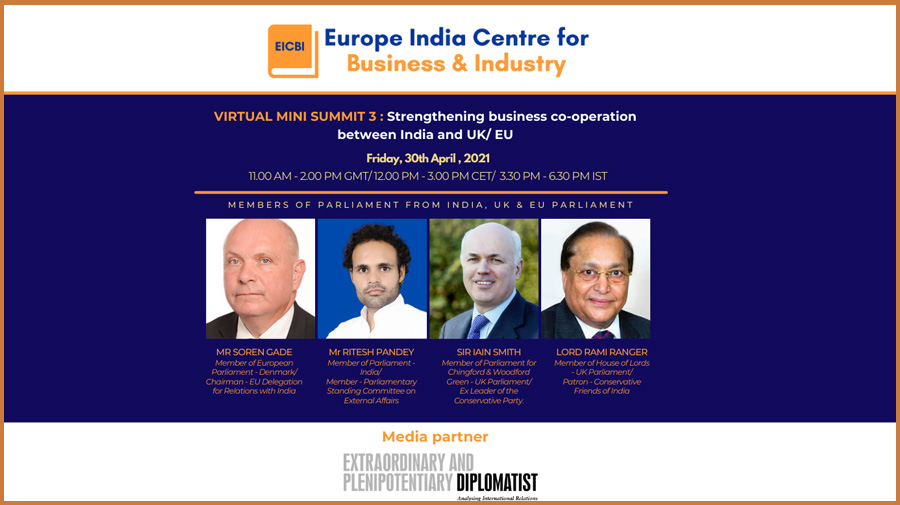 As part of the initiative to promote the works of #EuropeIndia40 leaders, Europe India Centre for Business & Industry (EICBI) is running a campaign called “EuropeIndia40 VIEWS: Hear from the leaders who will shape the future of UK – India/ EU – India relations’.

It will discuss about strengthening business co operation between India and UK/ EU. The 2nd Mini Summit was on the Green Economy & Climate Change Cooperation between India and the European Union/ UK and was held in February whereas the 1st Mini summit was on the Impact of Brexit on EU India and UK India relations and was held in January.The first MINI SUMMIT on 22nd January focused on the Impact of Brexit on UK – India and EU – India relations.

The Summit will use Zoom as a technical platform. To participate in the summit, use the below link:

The Diplomatist is appointed as their Media Partner.