Balance of Threat in the Middle East 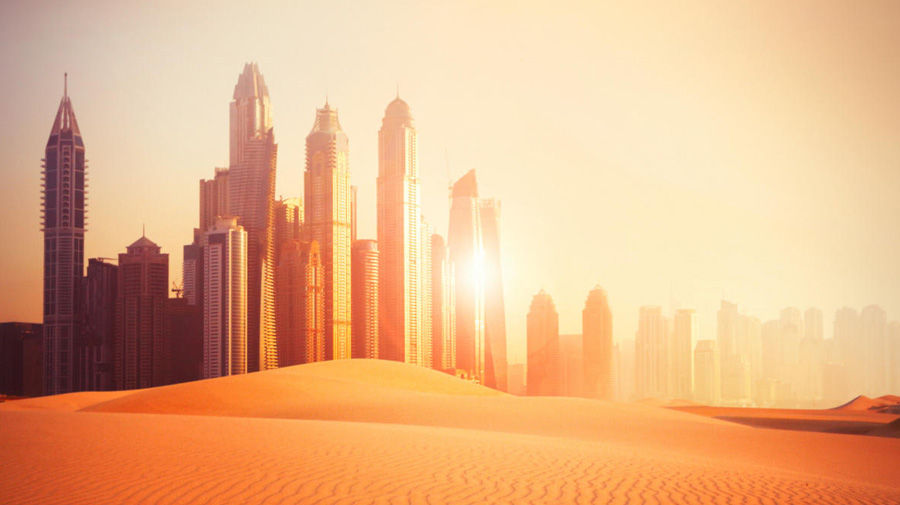 The Middle East today resembles the dynamic, lawless and security-scarce era of the wild west in the United States of America. The protagonists in this strategic standoff are Iran, Israel, Saudi Arabia, and the United Arab Emirates.

Iran represents the main threat in the region for the other protagonists, considering all the criteria specified by Stephen Walt to evaluate threats in the Balance of Threat. Iran has sizeable aggregate power, offensive power with its missile capabilities, overbearing geographical size and proximity to Saudi Arabia and UAE, and its aggressive rhetoric and intentions towards its strategic rivals. The main goal is regional hegemony for Iran. For Israel, Saudi Arabia and UAE, the goal is represented by preventing Iran from becoming the undisputed regional hegemon. The leadership of the Islamic world is another bone of contention between Sunni Saudi Arabia and Shia Iran.

Since the revolution in Iran in 1979, the perception was that Iran’s theocratic Islamic Republic is a significant threat to Israel and the Gulf Cooperation Council (GCC) countries. Their rhetoric and actions have been perceived as being offensive. The GCC formation  directly resulted from Gulf countries’ perception of Iran’s subversive activities in spreading their revolution to their countries. After the Gulf Wars and with Iraq defanged, Iran was the only major threat remaining. Their use of militant proxies in the region, fostering unrest among the Shi’ite populations in the GCC, rhetoric against Israel have solidified Israel, Saudi Arabia and UAE’s perception of Iran as the preeminent threat.

The Iranian Nuclear program has only exacerbated this perception. There is a growing sense of urgency among these countries to balance against the Iranian threat. The narrative of the Iranian bogeyman is why certain Gulf countries and Israel have overcome their historical animosity and overcome their ideological divide. Other factors like the GCC’s internal politics, Arab Spring and Israeli and American foreign policy and domestic politics play a role, but the Iranian threat is the driving force.

Role of the United States of America (USA) and Abraham Accords

The US role as the most significant power in the region will significantly affect the dynamics. US policy flip-flops on Iran from Bush Jr, Obama, Trump, and now Biden has been unnerving for the region. US partners in the region have started taking unilateral actions on issues like Yemen and are strategically hedging their bets. The P5 plus one and Iran must conclude a new nuclear deal to prevent the Iranian program from further enriching uranium and getting closer to the bomb. How ever, it is likely that even if a new deal is signed, tensions will continue to rise between Iran and its rivals. The earlier deal did not stop Iranian subversive activities in the region. Even if a new deal is signed, there is a strong possibility that there will be an uptick in Iranian subversion. Saudi Arabia has said that they will not hinder the nuclear negotiations but, they believe it has to lead to further talks regarding Iran’s subversive activities and missile capabilities, and in this regard, the  recent talks between Saudi Arabia and Iran area welcome step. However, unless there is a comprehensive rapprochement, any lowering of tensions would be temporary. If there is no common ground, it will further lead the Middle East down the instability path.

The earlier perceptions of threat have led to the Abraham Accords between Israel and UAE and Bahrain, which further raised the Iranians’ strategic threat. If this rivalry with Iran escalates, this could further strengthen the relations between the Arab countries and Israel and smooth over the wrinkles, thus provoking Iran into further subversive or military actions. The Iranian narrative prides itself on its strategic patience, but there is scope for miscalculation and further domestic pressure to react to certain events or attacks. Iran has not responded convincingly to the various attacks on its facilities, proxies and military leadership, and there is a growing recognition that Iran will strike back with disproportionate force.

As the US intelligence community’s annual threat assessment suggests, Iranian actions will depend on their perception of the US willingness to strike back. Thus the US has a significant role as the preeminent power in ensuring that Iran is contained and providing some semblance of order in the Middle East. If not, then Iran’s rising threat can cause the other countries to solidify their balancing partnerships further and increase the risk of regional military conflict.

In conclusion, the Middle East will see more instability irrespective of a new nuclear deal because Iran is likely to continue its subversive activities even if there is a ‘strategic ceasefire’. Israel, Saudi Arabia and UAE will consolidate their growing relationship to balance the perceived threat from Iran. The US presence will be vital to managing this tense region because any significant event will be a distraction for the American Indo-Pacific strategy.

Nitin Narayanan
Author is a Doctoral Student at the Jindal School of International Affairs, O.P. Jindal Global University, India. Graduate with a Masters in Defence and Strategic Studies from Kurukshetra University, India. His research interests include The Persian Gulf and Indian foreign policy in the Gulf, Grand Strategy and Neoclassical Realism.
Tags:
Share:
Share this...

7 replies on “Balance of Threat in the Middle East”