UK’s Tilt Towards the Indo-Pacific 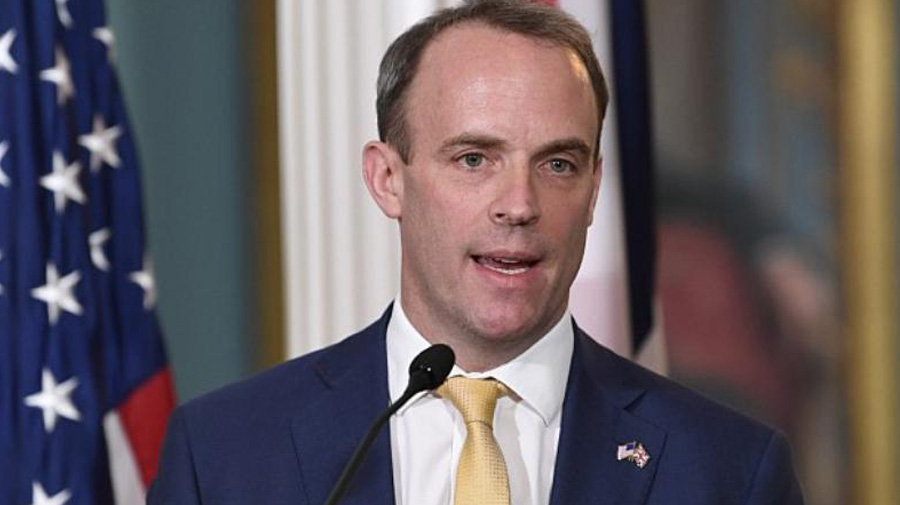 “The Indo-Pacific is a reality. At the end of the day, it’s an articulation of globalisationand the kind of challenges the world faces today require a larger arena and more coordinated efforts,” said S. Jaishankar, Minister of External Affairs, India during the visit of Dominic Raab, the UK’s Foreign Secretaryto India in December last year.

After three months of the visit, the government of the UK has published the first comprehensive review of the UK’s defence, security, development and foreign policy since the Cold War, titled ‘Global Britain in a Competitive Age’. The UK’s new foreign and security policy identifies the US as its “most important strategic ally” and Russia as its most “acute threat”.

However, the UK has so far only outlined a ‘framework’ for its ‘tilt’; and it has not yet defined the region geographically.When the British Foreign Policy Group asked Brits whether they supported the UK’s greater involvement in the region, more than 50 percent said they did not know or opposed the shift. The UK is not on the Pacific Rimand has limited assets in the region.

Experts observe the reason behind the tilt is the self-exclusion from the European single market and post-Brexit the UK needs new trading waters in which to fish, while at the same time the rise of China requires the UK to give a more coherent response.

Special emphasis on this region as it now accounts for close to half of global economic output and more than half the world’s population: it contains the world’s two most populous nations, China and India; the world’s second and third-largest economies, China and Japan; the world’s largest democracy, India. Its sea lanes are the world’s most critical, including the Malacca Strait linking the Indian Ocean with the South China Sea.

Further, China, India and Japan are recognised as the three most important powers in the Indo-Pacific with widely differing characteristics and relationships with the UK. These three nations have a different reaction to UK’s entrance into this region; two of them, Japan and India are feeling positive about it, and China is not really in favour of this decision.

Japan was one of the countries the U.K. examined because it had provided an interesting model for a confident, dynamic nation that had thoroughly adapted to the challenges of the 21st century, according to Sophia Gaston, director of the British Foreign Policy Group, Britain. Britain has bid to join the Comprehensive and Progressive Agreement for Trans-Pacific Partnership (CPTPP). Japanese officials are enthusiastic about Britain becoming part of the 11-nation trade group, which Japan is chairing this year and effectively leads as its largest economy.

India has already paved the renewed relations with the UK and its step toward Indo-Pacific in the month of December during the visit of the UK’s Foreign Secretary to India. Highlighting the relationship, while presenting the review, British Prime Minister Boris Johnson, in a highly symbolic gesture, announced to Parliament that he looked forward to visiting India next month. India is recognised as the largest democracy in the world and as an international actor of growing importance. The UK’s officially stated objective is to “transform bilateral cooperation over the next ten years across the full range of bilateral shared interests”.

Indiahas welcomed the United Kingdom’s ‘Indo-Pacific tilt’. As it has waited for over four years for the UK to overcome the political wrangling over its exit from the European Union (Brexit) and play an active role in the region which lies at the heart of its own engagement with the world.

The UK’s approach to China appears to be ‘to compete where necessary; cooperate where possible; counteract when necessary’.British Members of Parliament had subsequently raised concerns over China’s bullying behaviour on the border dispute with India in the Galwan valley.

China can clearly see the UK’s tilt toward India and not very comfortable with it. Chinese officials have not said a word regarding this. However, the Chinese government’s mouthpiece ‘The Global Times’ has published certain articles on the same topic, inexplicitly discouraging the UK’s move. For example, one such article calls the policy the “immature” decision and London is fantasying about reviving its past glory as a world superpower.

Brexit has amplified what we might call a ‘Britannia rules the waves’ nostalgia. The UK has isolated itself from Europe, its exports to Europe have dropped 40.7 percent in January and now it is trying to frame itself as ‘global Britain’ to compensate for the shortfall and present itself as a naval power again. Yang Xiyu, a senior research fellow at the China Institute of International Studies in Beijing, told the Global Times that “the former colonizer in the Indo-Pacific region can hardly relive its past due to its declining economic strength.”

In another article, published by the Global Times, the author affirms that India is a favourable choice for the UK because it is a huge market with an increasingly growing population and with strong scientific and technological capabilities, sharing the same “values” with the West. In addition, India’s role to counterbalance China is obvious to many, including those in the UK. But the quantity and quality of cooperation between the UK and India will remain limited.

The articles are consistently comparing and demonstrating the differences between India and the UK, including the history of colonization.Moreover, suggest that India has failed to realize that India inherited the unfit system from the UK and with such an unfit system India cannot be the global power. The article just not stop over here, it emphasizes that China can play the role of an engine for India and regional countries, as what they need the most is a stable atmosphere, an open economic environment, and innovation-driven development elements. Through these efforts, it can be understood that China is trying its level best not to lose its place and not ready to accommodate the UK in the region.

In conclusion, it would be worth witnessing that how the UK re-enters the east of Suez after 50 years, how it deals with China, moving ahead from colonization history what initiatives it takes to work along with these nations and if these countries pick up a side and trust the UK. To find its own place in the region, it should focus on the actions as they would be more appreciated and believed by the countries than a policy document.

Vaibhavi Pingale
Author is an independent economics researcher based in Pune. She has pursued Masters in Economics from Symbiosis University and has varied interests such as labour and development economics, macroeconomics and water.
Tags:
Share:
Share this...