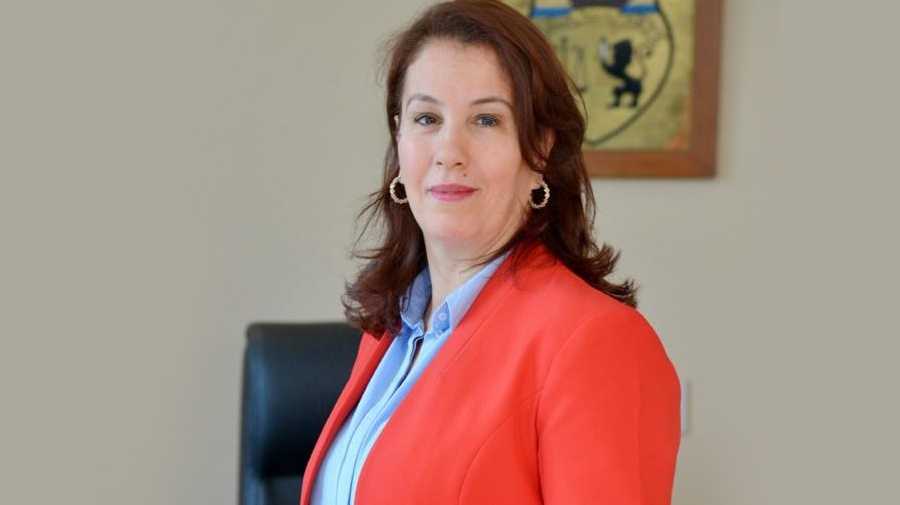 Kanchi Batra, Business Editor, The Diplomatist conducted a written interview with H.E. Mrs. Hayet Talbi EP Bilel, Ambassador of Tunisia to India on issues including the current COVID-19 situation, common interests of Tunisia and India in the international sphere and prospects for future cooperation.

Congratulations on your new appointment, Madam Ambassador. How does it feel being the first Tunisian woman Ambassador serving in India?

Thank you very much for your kind congratulations. Yes, in fact, it is a mixture of feelings. Being the first woman ambassador of Tunisia not only in India but in all Asia, gives me a sense of pride that reflects the status of women in my country and the efforts made in order to achieve gender equality. It’s also a sense of responsibility to achieve success in developing cooperation between Tunisia and India and promotingthe image of Tunisia as an open and democratic country.

What is your expectation of India in the coming years?

India is a rising regional and economic power. The epidemic has proven that India deserves this position, through the volume of aid that has been provided to several countries to support its efforts to contain the epidemic, India is among the most countries that has worked to boost South-South cooperation, especially in Africa, during the epidemic. Being the world’s pharmacy, and with the start of manufacturing vaccines for the Coronavirus locally, India exported vaccinations in the form of donations or in response to commercial requests, which helped to effectively start vaccination campaigns in several countries.

How much impact has the Coronavirus outbreak had, thus far, in your home country?

Like most countries, Tunisia has been affected by the outbreak of the Corona epidemic, although the Tunisian government succeeded in limiting the spread of infection during the first wave, as Tunisia did not register any new case for more than two weeks during May 2020, the second wave was more violent. The proximity of Tunisia from Italy and most European countries, made it difficult to control the infection after the opening of the borders and the resumption of international flights.

To soften these impacts, the Tunisian Government has launched a 2.6 billion TND emergency plan (2.3 % of GDP) which was announced on March 21st, 2020. A part of it was direct fiscal measures included in the 2020 budget and then extended in 2021 budget. The authorities introduced a Covid-19 dedicated fund (“Fund 1818”) financed by voluntary contributions, withheld one day of salary from all economic agents, increased the tax rate on the interest from bank deposits, and introduced an exceptional 2% profit tax surcharge on financial companies for 2020–21.

The 2021 budget law includes additional measures to support the most affected enterprises and sectors, especially Tourism, including an extension of the state guarantee scheme to the end of 2021, the exemption from CIT payment during 2021 and support for temporary unemployed because of the COVID-19 shock. Furthermore, The CBT has also decided to extend the deferral of loan repayments for the tourism sector hardly hit by the crisis to September 2021. And announced a package to support the private sector, requesting banks to defer payments on existing loans and suspend any fees for electronic payments and withdrawals. The central bank asked banks to postpone credit reimbursement by employees for a period of 3 to 6 months, depending on the net revenue level.

On March 13, 2021, the Tunisian government launched a massive national campaign for vaccination against the Coronavirus, in order to finally eliminate the virus and speed up economic recovery to get out of the state of recession, the campaign is going smoothly so far,till April, 14th, more than 183.025 people were vaccinated, we are targeting to vaccinate at least 3 million by July 2021 which represents ¼ of the overall Tunisian population.

Since the establishment of diplomatic relations in 1958, ties between Tunisia and India have grown steadily. What vision you hold and co-operation you seek to deliver, for strengthening these relations?

Indeed, since 1958, Tunisia and India have enjoyed long-standing cordial relations, which grew steadily through the exchange of high-level visits and the encouragement of trade exchange and investments in both countries. During the 12th session of the joint ministerial Commission which was held in October 2017, a promising roadmap was adopted by both sides aiming for boosting cooperation between Tunisia and India.

We have also several agreements in important fields such as space exploration, technology, cultural and tourism exchange, and we are eager to further enhance this cooperation to include other sectors, such as digital technologies and cyber security,

In addition, several Joint Working Groups in various areas have been meeting regularly in order to follow up on the implementation of the bilateral agreements. We are currently working on holding the fourth round of political consultations to further enhance discussion between Tunisia and India on bilateral, regional and international issues, the most important of which are the international challenges of the post-Corona world.

On the other hand, we have worked to strengthen the cultural and people-to-people exchange. We encouraged the participation of Tunisian cultural groups and craftsmen in the exhibitions and festivals held in India. In addition to facilitating the movement of Indian tourists to Tunisia, since 2017 visa was wiped out for holders of Indian passports, and they can get visa on arrival as they reach Tunisia.

What types of initiatives are you planning to build with India when this crisis is over? How do you wish to promote Tunisian economic and political interests in India?

Personally, I am longing for an end to this current situation, although work has not stopped through virtual meetings, nothing is better than field diplomatic work. We are developing our strategy for post-Corona. We will work to hold the 13th session of the Tunisian-Indian Joint Commission in Tunisia, we want this session to be another milestone in our bilateral relationship.

We will also work to intensify field visits to Indian companies in various parts of India to learn more about their capabilities and discuss ways of cooperation with Tunisian companies, in addition to visiting states to discover decentralized cooperation opportunities and to develop bilateral cooperation agreements with the Tunisian governorates.

Regarding cultural cooperation, we want to bring as many Tunisian music groups as possible, to perform concerts in India and showcase the Tunisian cultural heritage. We will also work to enhance communication with Indian film producers to familiarize them with the huge possibilities offered by Tunisia to cinematic production.

In your opinion, what fields have been most successful in terms of cooperation between our two friendly nations? What fields, you think, have more prospects for our future cooperation?

We have done a good job at the level of cooperation on chemical fertilizers and phosphate through the Tunisia-India Fertilizer SA (TIFERT) which is a joint venture company, worth US$450 million with a capacity to produce 360,000 tonnes of phosphoric acid per annum, which was made operational in 2013.

Regarding the areas in which the level of cooperation between Tunisia and India could be developed is the field of technology and digitization due to the capacities available in both countries, Tunisia is among the first countries in the world in terms of the number of students graduating in the fields of technology and communication, and India has a pioneering experience in Technological fields and digitization, we want to develop cooperation in this field, and I believe that the first step has been done through the MoU for setting up of an “India – Tunisia centre for innovation in ICT in Tunis” which was signed on the occasion of the visit of H.E. Mr. S.Jaishankar, Minister of Foreign Affairs to Tunisia in January 2020.

Tunisia enjoys an excellent reputation for its culture and welcomes a large number of tourists all year round. Can you tell us about the current exchange of cultural relations between Tunisia and India?

As you know, Tunisia has a very old civilization which dates back to Carthage, which in the prehistoric period was a regional power that faced Rome. Several civilizations succeeded in Tunisia that contributed to drawing a diverse cultural scene, and we are working on introducing this culture to the world and to India. Tunisia always participates with an important delegation that includes craftsmen as well as traditional musical bands in annual cultural festivals in India.

On another side, we organized on several occasions the Tunisian Culture Weeks and Tunisian film festivals in several Indian states, in addition to the participation of Tunisian films in cinematic competitions, the last of which was the reward ofthe Tunisian film entitled “my son” at the International Film Festival in Pune in January 2020.

On the level of bilateral agreements, we are working on setting up a program for cooperation and cultural exchange between Tunisia and India to facilitate the introduction of the cultures of the Tunisian and Indian peoples. I have a firm belief that the consolidation of relations between peoples is the most important mission of a diplomat and will therefore have an important reflection on the development of political and economic relations.

Lastly,I hope that the epidemic will be over soon in India and Tunisia, so we can get engaged in prospecting ways to further enhance our partnership and cooperationin promisingavenues and to be more inventive in addressing thechallenging issue.

On another note, I’m so proud to represent my country in this great nation. It’s a sheer human experience ahead.