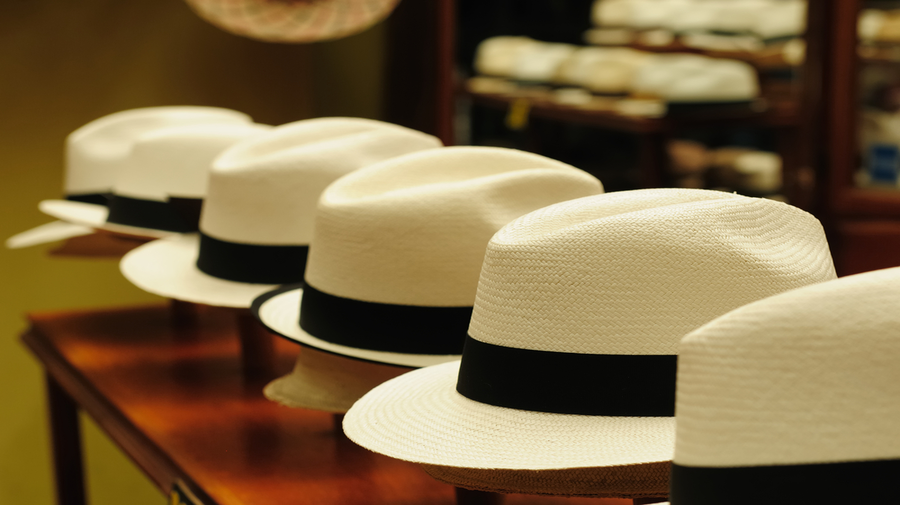 Even if hats are not part of a gentleman’s basic ensemble these days, the Panama hat is a timeless piece. They are considered delicate, supple, strong and sturdy. They depict exquisite artisanship, which became a global symbol of masculine grace.

Now, do you know what country makes Panama hats? Where do Panama hats come from? There is certainly a lot of misinformation  floating about the origin of Panama hats, but we would like to give you the official Panama hat story here.

The origin of Panama hat started in the early 1500s when Spanish conquerors first witnessed a mystifyingly beautiful headpiece worn by the natives of Ecuador. The rich and glossy material was like nothing they had ever seen before. We now know that the hats were woven from straw, but the superstitious Spanish explorers thought that the Ecuadorians were wearing vampire skin.

Panama Hats are one of Ecuador´s most admired handicrafts. In addition, their production has a close bond with historic events in Ecuador. Ecuador is a central location for the production of a hat made of natural supplies.

Genuine Panama hats are made in Ecuador. Nowadays, several countries are making what they call Panama hats, but Ecuador was the very first. In 1630, the coastal provinces of Manabi and Guayas started weaving the straw hats, and the true origin of Panama hats can be traced back to a town called Montecristi (of the Manabi region). They were most frequently called “jipijapa,” “toquilla,” or “montecristi” hats at the time (the latter two phrases are still in use today).