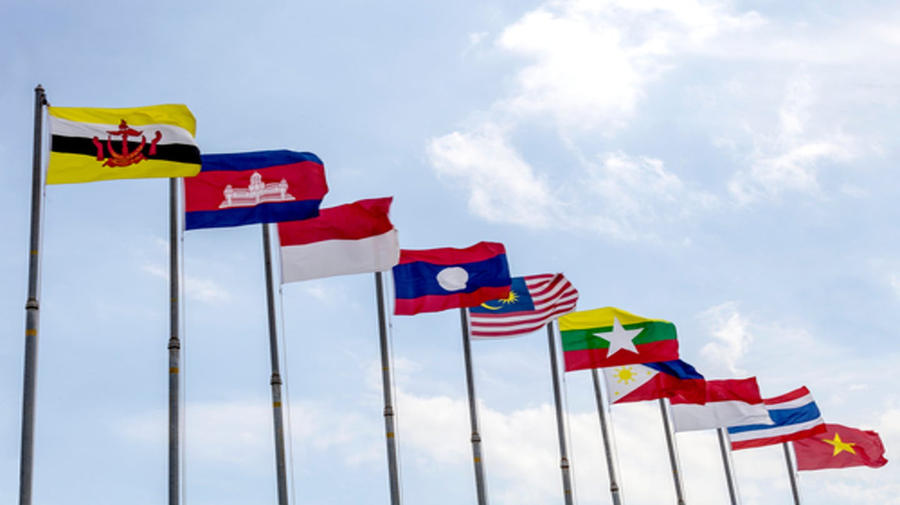 Although India looms over Southeast Asia in terms of geographical proximity, India has largely been absent from the ASEAN scene relative to the world’s other major powers over the course of the last couple of decades. ASEAN stands for the “Association of Southeast Asian Nations.” The top four foreign investors in ASEAN – in consecutive order – are China, Japan, the European Union (EU), and the United States. Thus, India lags behind the world’s other major powers when it comes to trade and investment with ASEAN.

Moreover, ASEAN is now the focal point for the up and coming economic and geopolitical competition between the United States and China. Where India fits into the ASEAN game is still in a nascent stage. Within the span of a year, the GDP of ASEAN grew from 2.8 trillion dollars in 2019 to 3.11 trillion dollars in 2020. Thus, ASEAN is the third-fastest growing economy in the Indo-Pacific region, after India and China. ASEAN was founded in 1967 by five members (Thailand, Indonesia, Philippines, Malaysia, and Singapore) in order to set the foundation for economic and social integration between Southeast Asian nations. ASEAN has a population of over 650 million people, which makes it the third-most populous region in the world after East Asia and South Asia.

ASEAN was modeled off the European Union, and it sought to ward off communist influence at the peak of the Cold War. Now, ASEAN is one of the most economically and socially integrated regions in the world, and it is fast becoming a magnet for international trade and investment. On paper, Indonesia is ahead of the pack in terms of both population and GDP relative to other ASEAN members. Approximately 15 percent of Indonesia’s exports go to China, which in turn renders China as Indonesia’s top trading partner. Only 7 percent of Indonesia’s exports go to India, which makes India the fourth-largest trading partner with Indonesia after China, Japan, and the United States in consecutive order.

But as things stand, India is in the same boat as Latin America, Africa, the Middle East, and Southeast Asia in the sense that India is itself sandwiched by the economic and geopolitical competition that is emerging between China and the United States. India is still about twenty years behind China in terms of economic and social advancement. But due to the fact that “geography is destiny,” one would have to speculate that India’s future rests with Asian economic and social integration in the coming future rather than alignment with the United States. Nevertheless, India will seek to maintain its policy of neutrality vis-à-vis China and the United States. But it is also important to note that India – along with Saudi Arabia – is being treated as a weapons dump by the United States, which in turn fractures India’s relations with its Asian neighbors.

Moreover, in the near future, Asia will account for about 40 percent of the world’s GDP, with 20 percent coming from the European Union (EU) and 15 percent from the United States. The remaining 25 percent of the world’s GDP will come from Latin America, Africa, and the Middle East combined. Thus, if India seeks to expand economically, politically, and socially in the coming future, it must start within its own region – namely, Asia – before it thinks globally, which in turn necessitates better relations between India and its Asian neighbors. Although the obstacles which stand in the way of India improving its relations with Pakistan and China are evident, nothing remains permanent when it comes to the state of the international system.

There are opportunities and windows which may emerge by which India can improve its relations with its Asian neighbours. Although the opportunities and windows may be limited at the moment, change and progress is a marathon, not a sprint. After colonialism, the Cold War, and the American unipolar moment, Asian history is now entering a new epoch and stage. The outcome of this new epoch and stage is entirely in the hands of Asian nations and their leaders.

Adam A. Azim
Author is an Entrepreneur and Writer based in Virginia, United States. He is the author of a book and a blog (www.adam-azim.com); Adam can be found on Twitter @adamazim1988
Tags:
ASEAN India GDP Asian Nations
Share:
Share this...