The Future of India-China Relations 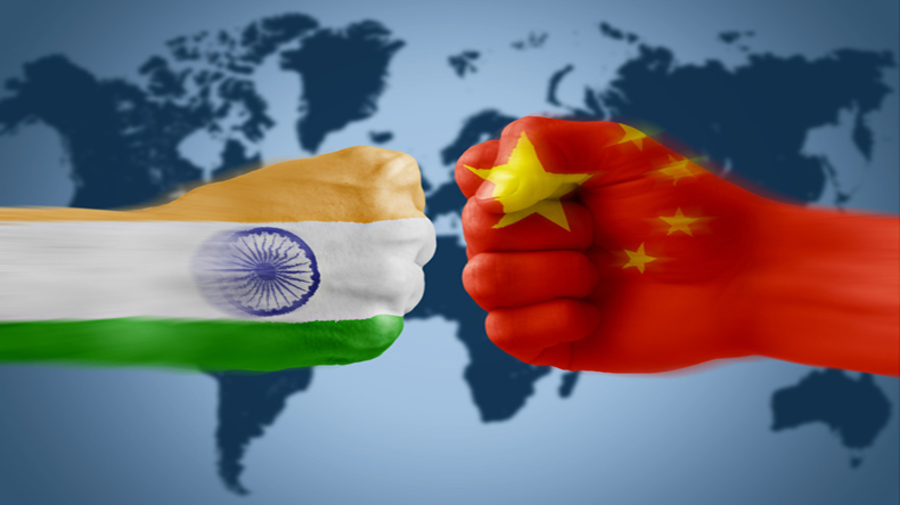 The trajectory of relations between the ‘Republic of India’ and ‘The People’s Republic of China’ has never been stable. There have been a number of reasons that can be cited for such instability. When we talk about India-Sino relations we have to factor in a lot of perspectives i.e., cultural, economic, political, defense, etc. And these perspectives are also essential to understand where the future lies. And since China being our neighbour it becomes important to know the future of their relations after a tumultuous 2020. On one hand, we see Chinese aspirations to be a superpower using aggressive behavior and on the other, a rising India which is not going to let that happen so easily. The most recent example is the border clashes between the two nations in Galwan valley and the level of resistance India showed.

Indo-Chinese relations are the ones that date back to olden times. Be it the development of strong commercial relations through the famous Silk Route and the same route acting as a bridge that led to the spread of Buddhism in China. We all have heard the stories of Bodhidharma, Fa Xian and others who have been well known in both nations. Also, during the British rule in India, opium grown in India was exported to China in huge quantities. Even during World War II, British India and the Chinese worked mutually to counter a Japanese threat.

After Independence, India became the first non-socialist country to recognize ‘The People’s Republic of China’. Mr. Nehru was strongly favoring a strong bilateral relationship between the two Asian nations and tried his best to prevent escalation of any issues. It was India who supported China for the prestigious UNSC seat even though history clearly states that USA was favoring India to take it up. Next, in 1954 India signed an agreement with China where the former recognized Tibet as part of the latter. The only clause was continuing of traditional trade relations which was criticized as the agreement as a whole heavily favored China. And these issues of contention led to the 1962 war. And since then, border clashes had been quite regular until the mid-1980’s.

Despite the above cultural, economic relationship and Indian efforts did not lead to the expected peace and stability.

Major reasons for such a bitter relationship

Even though both these neighbours enjoyed a positive relationship but there have been a number of reasons that these positive points never got factored in.

1. Both Indo-China have a different ideology where India follows Democracy with a mix of socialism while China is a staunch follower of Communism.

2. During the British rule, China always was wary of India being a British colony.

3. Tibet – the Himalayan nation was a bone of contention between the two nations. In 1959, when Dalai Lama – the spiritual head of Tibet sought refuge in India along with a number of Tibetan monks was considered as India’s strong interest of control is not only Tibet but also all of the Himalayan regions by China.

4. 21st century China, has been trying to create a ‘String of Pearls’ around India through its ‘Border & Road Initiative’.

5. India’s closer relations with USA, Japan & Australia i.e., in the form of Quad.

6. Beijing’s claim over a number of islands in the South China Sea and unilaterally naming them has created a concern for other East Asian nations. It is believed that China could do the same in the Indo-Pacific region, which in turn led India to be part of Quad.

7. China’s rise as a manufacturing hub and its practice of dumping has irked not only India but also the USA.

8. A strong nexus between China and Pakistan (CPEC).

9. It’s the policy of pushing India’s neighbouring countries into a debt trap. Sri Lanka & Maldives being the best examples.

10. China’s expected role in the Coronavirus pandemic and its deliberate effort to occupy territories that are disputed.

The above reasons have not only led to a number of border skirmishes between the two nations but also has affected commercial relations. The recent clashes have actually led to an erosion of faith in their bilateral relations.

The Future of Sino-India Relations

When we talk about the 1962 war, the relations between the two nations were totally disrupted. It took years for them to get close to normal. It was when the then PM Rajiv Gandhi visited China in 1988. His visit was a landmark one, which had led to the start of bilateral talks which had been disrupted after the war.

Next, in 1993 the historic ‘Agreement on Maintenance of Peace and Tranquility along the Line of Actual Control’ on the border areas was signed. This was a milestone step which was a clear reflection of peace and stability.

The above details give us a clear glimpse that developing and maintaining bilateral relations isn’t an easy task. In earlier times, maintaining relations wasn’t a concern as most economies were closed. But today, Globalisation has changed it all. Today, nations are interdependent on one another. Be it US-China, US-Russia, India-China, etc.

And when we talk about Sino-India, the situation today is way different from the 1962 war. Today, India is an Asian giant and nuclear power. And the post-COVID-19 recovery has been the fastest when compared to other affected nations as cited by, OECD & IMF. The way India dealt with the Galwan valley issue has proved to the Chinese that things have changed. According to Ashley Tellis, India’s policy of ‘Slow drip campaign of economic pressure’ has been quite successful in hurting China in some way. And not to forget today India holds strong goodwill globally way above China. India’s vaccine diplomacy has been quite successful.

The banning of a number of Chinese mobile applications and making rules stricter for Chinese firms wanting to do business in India reveals India’s strong stand over the issue. The step taken by India, Japan and Australia to come up with the ‘Supply Chain Resilience Initiative’ to reduce dependence on China for certain products like API has been an effect of China’s aggressiveness. But, here it’s also important for India to not forget that we share a 3488 km boundary with China. And makes it even more important to restore the tranquility to prevent any further damage.

I believe that the relations of India and China won’t get better soon. But the Galwan clash has actually questioned the various summits between the leaders of the two nations i.e., the Wuhan summit of 2018, the most recent one held at Mamallapuram, etc. And getting back is for sure going to take a lot of effective summits.

Overall, I believe the relations between India and China are going to be bleak and antagonistic. They are not going to be the same as they were before 2020. In fact, more adversarial and contentious as said by Shivshankar Menon.

Though past experiences give us a different view but this time strong leadership on both ends and nationalism at the backdrop won’t let bilateral ties be normalised so soon.

The first thing that both nations need to do is mutual disengagement and de-escalation. India has always questioned China’s intent as China conforms with India’s view in multilateral summits but bilaterally it ignores it.

Next, both nations need to sit and discuss together the border issues using the maps – a process once started was thwarted by China. A mutual discussion is a tried and tested method to solve the issue regarding borders.

And if the relations are not worked upon then such clashes in the future could be very disastrous. And is going to affect Asia as a whole not only politically but also economically and socially as well.