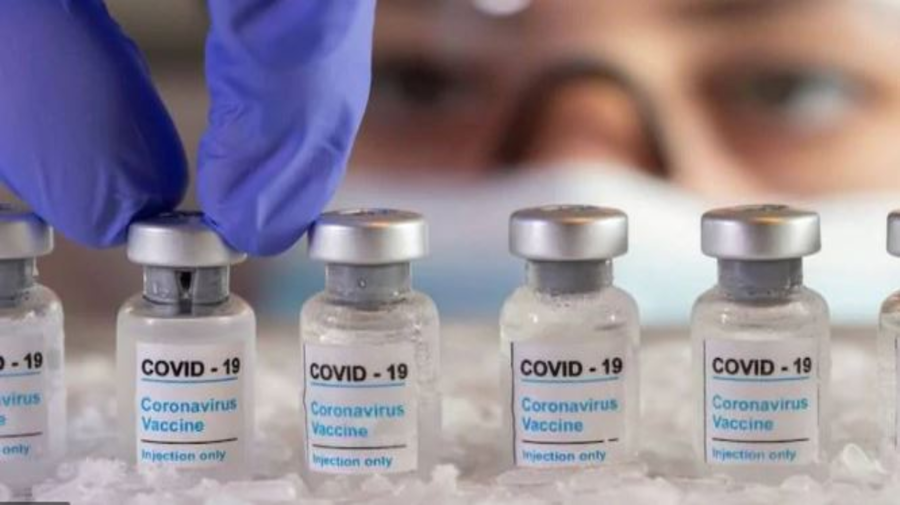 As the pandemic rampaged through the world since the end of 2019 and the entire scientific community struggled to find out a viable cure, accusations were traded regarding the origins of the virus. It was believed to have originated from a clandestine lab in Wuhan in the Peoples’ Republic of China (PRC). While the Chinese regime flatly denied any implicit role while simultaneously engaging in political and military banter, scientists from India raced to find a vaccine. Despite a huge population, India managed to damp off he effects of the pandemic in addition to leading the research for a viable vaccine.

Back in October 2020, India was among the few countries to start testing its Covid vaccines. Pinning hopes on Covaxin which has been developed by Bharat Biotech in collaboration with the Indian Council of Medical Research (ICMR), it entered the third phase of trial assuring an effective method to halt the scourge of the virus. Tested across the country and on numerous volunteers, the Covaxin proved to have almost negligible side-effects coupled with its capacity to stimulate the immune system. Compared to the Pfizer and Moderna versions of the vaccine, India began to look for a cheap and effective alternative for mass inoculations. Institutes such as the Serum Institute of India (SII), Bharat Biotech, Cadila Healthcare Ltd. and the Hetero Bio pharma joined the race for an effective vaccine. The Covaxin depends on the use of Whole Virion Inactivated Vero Cell derived platform technology that focuses on inactivated vaccines. Furthermore, it does not require sub-zero temperature storage and can be preserved in a liquid form which is ready to use. The SII manufactured Covishield is another one to enter the race in India, which has been approved from Oxford- AstraZeneca. While the vaccination drive commenced from the 16th of January in what would be the world’s largest vaccination drive ever, India embarked on a long journey to defend its population from the deadly virus.

India has now earned the moniker of being the pharmacy to the world and not without reasons. Its ability to produce effective medicines and vaccines at a fraction of a cost of what western companies charge along with its ability to distribute it worldwide has indeed earned it a rightful place. To testify even the Secretary General of the United Nations, Antonio Guterres lauded India’s vaccination development and inoculation programme calling it an important asset to the world. Coinciding with India’s own immunisation drive, a grand decision was taken to offer aid to India’s neighbours considering the political implications in mind. India supplied 1.5 lakh doses of Covishield to Bhutan, 1 Lakh to Maldives, 10 Lakh to Nepal, 5 lakh doses to Sri Lanka, 20 lakh to Bangladesh, 1 lakh to Mauritius and 50,000 doses to Seychelles. Other states such as Myanmar, Dominica, Oman, Barbados, Afghanistan, Brazil, Bahrain, Algeria, Egypt, and Kuwait, UAE, Morocco and others have received commercial shipments of vaccines from India.

Repeated accusations and requests could not budge the PRC from admitting to its shortcomings in handling the pandemic. Despite an investigation by the WHO which was indeed too late, the PRC ramped up its belligerence and shadowed its implicit role, letting the pandemic halt the world. Mounting trust issues with the PRC and its undiplomatic attitude has pushed away countries that would have vouched for it. India in this regard not only managed to deal with the pandemic in a far better way but also geared up for the world’s largest inoculation drive in addition to keeping other states, particularly those in the neighbourhood in high-priority. Even during the testing times of the pandemic, India was generous enough to donate Personal Protection Equipment (PPE) kits, testing kits, protective masks and other medical equipment to other states. It is therefore indeed laudable that despite India’s own domestic concerns it stood out, class apart in aiding other states during these distressing times. There have been complaints regarding the efficacy of Chinese vaccines and poor logistics. Complaints from Brazil, Turkey, Singapore, the Philippines and even Nepal caused paranoia in Beijing. Desperate to burnish its tarnished image the PRC made commitments on doling out vaccines without a second thought, only to tumble before a much calculative India. The fact that the PRC was unable to aid Nepal, Bangladesh, Turkey, Brazil and Sri Lanka speaks volumes about its failure to produce and deliver an effective vaccine thus jeopardising its credentials as a supposed superpower. Winning over neighbours and allies of the PRC such as Cambodia may diplomatically strangulate the PRC which is still pretentious regarding the origin of the virus.

These are testing times when there are concerns regarding the availability of vaccines and tendencies to hoard them. In this regard, India can edge out the PRC in making cheap and effective vaccines available to the majority of the global community thus earning their goodwill.

India’s vaccine diplomacy should also be cautious in nature, as it has its own domestic population to cater to, however ignoring the international aspect may backfire. In order to maintain its sheen and cater to the global supply, India vaccine diplomacy needs to be streamlined.

Initially, around 92 states approached India for the Covid vaccines, while 15 nations were supplied with the vaccines made in India on a priority basis. Another 25 nations are in queue to receive vaccines from India, depending on the urgency of their demand. In this regard, India has divided these states into three categories which are poor states, countries with price sensitivity and other states which may directly deal with various pharmaceutical companies. Another accolade earned by India, which boosts its image in terms of donating and supplying vaccines is that it is the third topmost country to conduct an inoculation drive against the Covid virus. The domestic vaccination drive also includes foreign diplomats and their families, as around 3000 diplomats have agreed to get vaccinated.

Ambitiously, India now attempts to expand its diplomatic move towards far off states. In this regard, the SII has approved the supply of vaccines to 25 states ranging from Saudi Arabia, Morocco, Nicaragua, the Philippines, Serbia, Qatar and Mauritius. As of now, 229.7 lakh doses have been supplied to the global community while other states too will be covered. Under the Vaccine Maitri initiative, countries in Latin America, Africa, the Pacific Island states and the Caribbean will be engaged. India produces 60 percent of the global vaccines and therefore contrary to negative remarks, India is well poised to lead the vaccination challenge on a global scale. The fact that states far away in Latin America such as Brazil, Bolivia, Dominica, Barbados, Mexico and Nicaragua and other African states have been aided by India speaks volumes about India’s successful vaccine diplomacy.

Contrary to the Yuan diplomacy of the PRC that depends on an extravagant display of military and economic power, India has played its cards well by its ethical and effective distribution of vaccines. Ambitious indeed, it has not succumbed to vicious Chinese propaganda and has earned the goodwill of the world much to the chagrin of the PRC which is still casted on dubious lines owing to its role in the outbreak of the pandemic. India still has a long way to go in terms of inoculating its own population as well as healing the world with its ethical vaccine distribution programme.