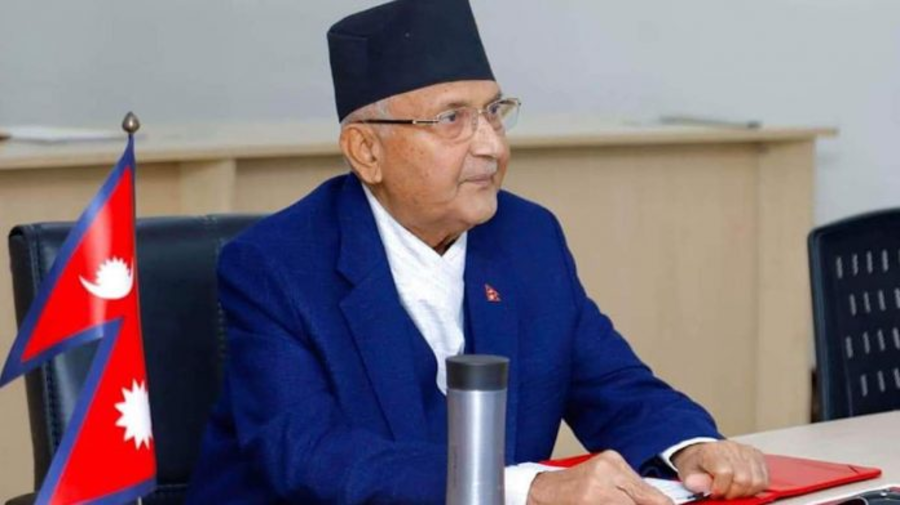 Public perception of the government of Nepal is generally and at all times is not sanguine when the triumphant party wins the seat of government in Kathmandu. Nepal’s provincial government and governance are on them while the first test of an experiment of the New Republic after the promulgation of the Constitution of Nepal in 2015. There are tensions of maximum governance and intractable governments in the presence of agitational mode of civil society and media when maladministration is seen or happens. On the other hand, this is furthering anti-politics temperament that overthrows everything politics is dirty, bad and filled with vices and not with human virtues. This field questions governmentality that is in fact governability in Nepal. Its consequences are witnessed as crisis unlimited with the bad legacy of political history.

This political essay is contemplated when a fault line of the Communist leadership that is at the helm of power politics and centrality of New Nepal culminated in the decisions of dissolving the Parliament. The core cause of this constitutional aberration in the trajectory of democratic power politics is multiple if one pores over the issues that are surfacing in political society. It needs a meticulous examination of politicking as well as the professionalism spirit of delivering the electoral promises even if voters or constituencies expect memory to recall.

People’s urges are quite mixed or half-hearted. Some expect more from the governments – federal, provincial, or local and while others grudge. Some are apathetic or ignorant to continue the daily chores of life or living. We are obsessed with thinking that the government can cure political or economic ills. Or it is the Prime Minister of Nepal to build infrastructure or holistic development of the country. This is ridiculous given the nature and terms of democracy and in particular the momentum of deliberative democracy or talking culture that has commenced since the restoration of democracy in 1990.

Critiques of mainstream politics do generate resistance to make the government and governance just, equity and equality-based, and mediates the demands of the individual or community with the modern public policy including development administration or administrative development. The process of modernity or modernization is continuous and it is unending as long as the cycle of economics or politics gets continuum in human history. The political epochs remain in constant change and any political era is ephemeral. This has been empirically tested worldwide from the ancient Greek polity or the Oriental political systems.

The current political fuss is the continuity of political talking of historical lineages of more than 70 years in Nepal when the flame of liberty, justice and truth started to fire the imagination and knowledge of political intelligentsia. In this journey, there is constant conflict and change but reforms are badly needed in the government. That means the attitude to governing has to be pragmatic or turn into reality rhetoric. Oratory skills may muse and amuse for a time being. But it cannot endure the political momentum when there are neither declared tasks nor promised agenda realized to heal and to bring relief to society. This culminates in gloom and doom that are the norms rather than exceptions.

This leads to another step on the queries of the competence to govern. In this matter, political knowledge is not enough even if some possess the supreme power. What matters is the state of affairs is to persistently endeavor to put knowledge into action that is the tangible power to the outcome of a visible change or reform in the mindset of everyone – the one who is elected to govern and the one who consents to be governed. It is to feel that electoral promises are not only kept but also delivered on time. This can only appraise the quality of government and governance of the country.

So this ontological framework can portend that crisis is unlimited and how to end or resolve the political jigsaw puzzle is enigmatic. It is like the top quark that is not revealed. We tend to focus too much on cultivating leadership or leader-centric democracy. But the undercurrents seem to be an unexpressed urge, probably the quest of citizen-oriented democracy towards civic democracy. This can only transform our space and time in geopolitical settings and the political psychological posture of bonafide citizens including the seasoned politicos.

Political lessons are carrying over without much rectification to discontinue the bad legacy. And professionalism in politics jell when politico-administrative jobs are done or accomplished not as a normal business but as routine duty-bound ethics to contain anti-state temper and to promote positive peace, human security and political order. A noble objective of the welfare state is met where political ideals must bridge action and theoretical abstract or principle is translated into a concrete reality. I believe that political praxis is on this path despite sometimes an occasional or an outstanding fork on democratic pursuits.