Exploring Kathmandu’s Demands For Revision In The 1950 Treaty 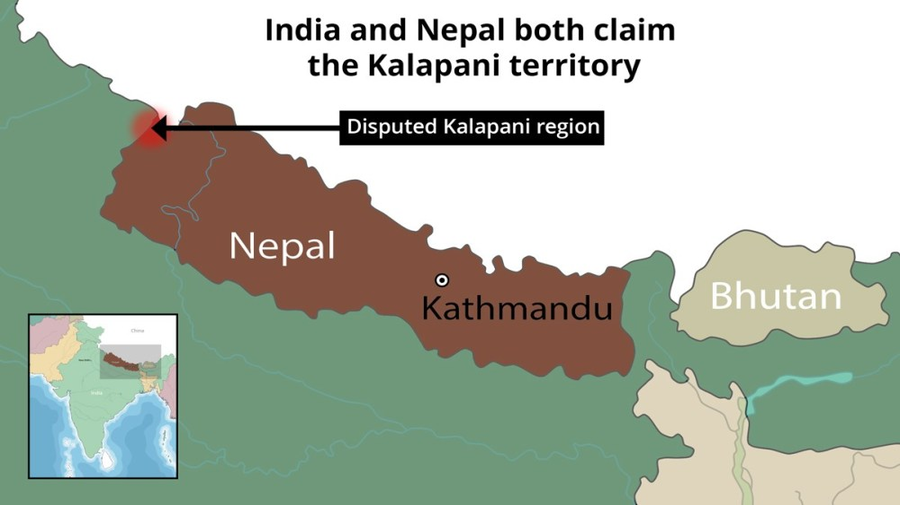 India and Nepal have historically enjoyed a ‘special relationship’ to which the Treaty of 1950 stands a witness. Although there are demands from the Nepal side to revise the treaty of 1950 in accordance with the existing geopolitical realities, yet, it becomes pertinent to explore the historical context in which it was signed. Way back in 1950, both India and Nepal were concerned with the Chinese expansion southward with its Tibet takeover. Since this external threat was a common concern for both, the Treaty of 1950 came into existence. Later, almost a decade after the letters accompanying the treaty were made public and the academicians, as well as the media, got to know that the reciprocity between the two nations had strategic convergences as well.

The letters that surfaced threw light upon the fact that both had mutually agreed that either of the countries would not tolerate any threat against the other. Although, the letters did not name China in explicit, yet, the term ‘foreign aggressor’ was used given the Tibet takeover. Further, the two countries affirmed that threats to one of them would be considered a threat to another and hence both would ‘devise effective countermeasures’ to deal with it. The shared concerns are well evident in the fact that through Clause 2 of the treaty, both committed themselves to inform each other “of any serious friction or misunderstanding with any neighbouring State likely to cause any breach in the friendly relations subsisting between the two Governments”1 . Further, apart from the security convergences, the treaty has attempted to address economic and social issues through Clause 6 and 7 wherein both committed for equal treatment to each other’s economic entities with regard to participation, concessions and the award of contracts, ownership of property etc.

Later, the Indo-China war of 1962 diminished India’s strategic profile in the region and in 1969 the then PM of Nepal, K.N. Bista explicitly questioned the validity of the treaty especially in the context of the Sino-Pak collusive strategies and their attempt to isolate India strategically. The merger of Sikkim in 1975 made Nepal feel strategically insecure and the debates of whether India is a hegemonic power was initiated by various Left parties. Further, King Birendra in 1975 further spoke of Nepal as a ‘Zone of Peace’ thereby hinting towards compromising on the free movement of people and open border policy between the two nations. Thus, the subsequent governments did not accept the proposal.

From a socio-economic perspective, Nepal has expressed reservations that a large number of Indians move into Nepal which subsequently changes its demographic profile and this unrestricted immigration is detrimental to its own economy. Consequently, in 1958, Nepal imposed stringent restrictions on the purchase of immovable property by foreigners. Later, the 1964 the Task Force on Population Policy of Nepal echoed similar opinions. Another side of the coin is that the provision of free borders has been misused by Pakistan’s ISI and Chinese agencies to infiltrate arms and ammunitions to fan the separatist tendencies in North East India.

However, Nepal in the 1990s gave strategic considerations to the Indian security interests where in 1991 Nepal’s PM Bhattarai visited India and the two sides signed ‘Joint Communique’ wherein both affirmed to have prior consultations with each other before concluding agreements with other countries which could pose a threat to either of them. Relations between India and Nepal again underwent a change when in 1994 Nepal’s then PM Manmohan Adhikari visited India and raised objections on the security clause and labelled them as an Indian ‘security umbrella’ that was out-dated given the considerations of globalisation and the geo-economic competition that came with Further, in 1997, former Foreign Minister of Nepal K. Thapa visited India and put forward a new ‘Treaty of Friendship and Cooperation’ that would be in consonance with the new geopolitical realities. Although the Indian government had given reassurances for the same, hardly anything was achieved in this context. Additionally, one of the major criticism of the treaty has been India’s disregard for its geography and hence the blockades that were imposed upon it in 1975, 1989, 2015 and 2019/20 due to its route dependency and Nepal being ‘India Locked’. Further, it is of the opinion that the water agreements signed such as Koshi, Mahakali and Gandaki treaties have been unequal in nature. These factors too have added voices of change in the treaty of 1950.

The Role of the Dragon

On the other hand, given China’s military, economic and strategic position in South and East Asia, Nepal and China have concluded various agreements and have attempted to diversify their engagements. Apart from their previous important agreements which are around 20 in number that were concluded in 2019, the Transit agreement according is most important. Through this agreement, it has been agreed that Kathmandu will have trade access to the Chinese sea ports of Tianjin, Shenzhen, Lianyungang and Zhanjiang and the dry ports of Lanzhou, Lhasa and Xigatse.

India was not consulted in this strategic embrace. Further, with regard to its use of soft power diplomacy, Beijing has used its charm offensive through its scholarships, study centres, etc to penetrate at the level of citizens. Currently, With China having established deep strategic inroads in Nepal through its defence deals and trade, Kathmandu is unable to grasp the larger objective of China through its benevolent deals. It seems to be ‘uncomfortable’ with this Clause. It is for this reason that map marking with regard to the Lipulekh pass and Kalapani are being stirred and the historical dominance of India in the region is being eroded brutally.

Efforts of India Rekindle the Relationship

Recently, PM Modi has taken several initiatives to rekindle the relationship and to speed up the work which has been long pending. Certain Projects have been given a thrust such as the inauguration of the road from Laxmipur-Balara (India) to Gadhaiya in Sarlahi district (Nepal), allocation of Rupees five hundred crores for the up-gradation of the section of a Jaynagar-Bijalpura-Bardibas railway Project up to Bijalpura, sharing corona vaccines and the announcement of Nepalese Rupees 142 million to restoration and conservation of three cultural heritage sites in the Kathmandu Valley.

Although there might be divergent views between India and Nepal, yet, the government in Nepal should realise that inching closer to China will compromise on its sovereignty in the longer run. Its circular lending and debt trap policies implemented in Sri Lanka and Djibouti should be an eye-opener for Kathmandu. Given the above background, even if India might agree to revise the treaty, the larger misunderstandings of intentions and mistrust should be resolved because unless those are addressed, the leadership in Nepal would be soon dissatisfied with alternate arrangements too. Finally, to sum up, one can only say that it is high time for both, especially Nepal to see each other with the same level of confidence as it used to be in the 1950s.