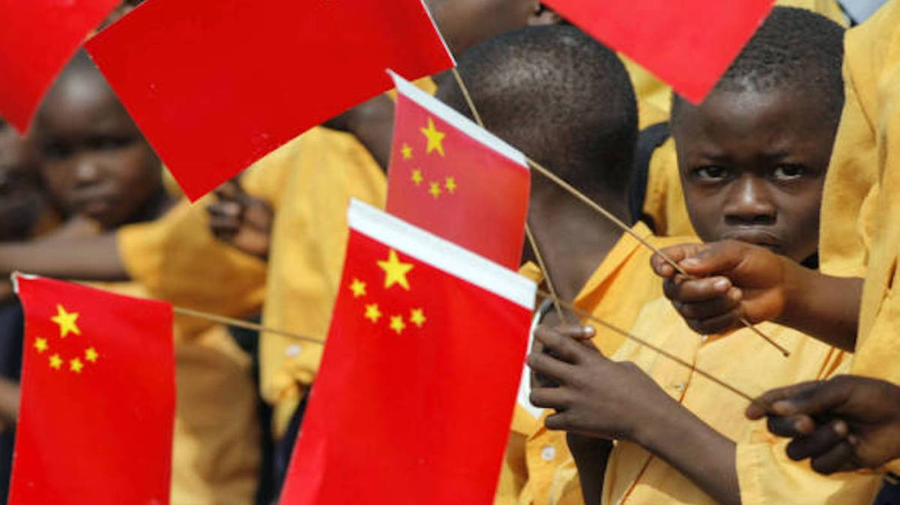 Although the political relationship between China and the African countries dates back to the 1950s, yet, in the academic domain it has been highlighted only since early 2000 owing to China’s ascendance and its geopolitical clout. Much has to be credited to Africa when China regained the Taiwan seat in 1971 in the UN. Later, the establishment of the Forum on China-Africa Cooperation (FOCAC) in 2000 attracted international attention. Subsequently, China’s ‘Go-Global’ diplomacy announced in 2001 also contributed to the strengthening of the Chinese presence in Africa. Over the last two decades, China has become one of the largest trade and aid donors of the African continent. There exists a plethora of literature on the statistics which confirm the same. From an African perspective, the inclusion of China as an important development partner has decreased its economic volatility in terms of its dependence as well as international acceptance. It has also benefitted from the low-cost Chinese development inputs thereby creating productivity spillovers. From an international point of view, China’s hunger for raw materials that has been satiated by Africa has raised the world prices which have directly benefitted Africa. The most prominent feature of these aid transactions as well as trade has been Beijing’s ‘non-interference’ policy and hence a non-conformity to any political pre-conditions such as the promotion of democracy and respect for gender equality.

In international politics, there is a direct correlation between economic growth and rising aspirations. The upward mobility in an international system becomes sustainable due to a consistent high domestic economic growth which in turn increases a rising power’s global presence and the ability to withstand geopolitical pressures from the established global powers such as the U.S.A. The same has been reflected in China’s economic growth and its geopolitical capabilities over the last few decades. China’s geostrategic influence in Asia and Africa has been preceded by its financial growth vis-à-vis the U.S. Consequently, one could see Beijing’s geopolitical outreach in America’s strategic backyard of the Middle East. Its foreign aid along with overseas investments in critical sectors such as transport, infrastructure, ports, etc. made Beijing a formidable force in the African continent. In such a scenario, one of the most interesting observations has been the transfer of global finance and power from the West to the East. As the rising power then becomes well settled in its areas of influence and gradually becomes revisionist in nature. Global power shifts and the recalibration of the security architectures then is a reality and is marked by competing foreign policy strategies apart from the ‘engaging competition’ that goes on simultaneously. This is being latterly witnessed in respect of China in Africa.

With regard to China’s strategic inroads in the African continent, its ‘economic infiltration’ in exchange of the raw materials such as oil is already well established. However, what is less known is the fact that in 2015, China published its future war designs that shifted the focus from its “off-shore water defence” to “open seas protection” and the in line with this thought, the Chinese leadership stated their plans for a ‘world class’ military by 2035 through which it could possibly conquer the world by 2050. Overall, the strategic interaction of Chinese aid, trade and FDI has helped China camouflage its debt trap through its circular lending as well its strategic intentions. The Chinese acquisition of a base in Djibouti is probably one of the glaring examples of it.

The global narratives of the Chinese strategic inroads in the African continent have been rapidly changing from merely being economic to having important military dimensions.  One of the most peculiar developments witnessed in relation to China-Africa relations have been the intrastate armed conflicts, the political instability associated with it and the readiness of China to recalibrate its policy of non-intervention in the internal matters of the other states. The revisions in China’s policies have been gradual and one can confidently state it as ‘incrementalist’ in nature. It is has moved towards an ‘interventionist’ role which has been largely witnessed in Libya, South Sudan and Mali. Evolved from completely side-lining the internal issues to participating as a mediator and also as an important contributor to the UN Peacekeeping Missions, Beijing has expanded the horizon of its engagements in Africa. Even within the domain of UN Missions in Africa, Beijing had previously sent doctors, engineers apart from the other non-combat troops, but lately it has sent its infantry battalions along with heavy armoury which involves anti-tank missiles, helicopters, etc. This evolving approach of China although is to secure its economic interests as well as the lies of its citizens, yet, the possible dual role of its military assets in Africa cannot be ruled out. The world today is taking serious note of it.

With regard to the emerging geopolitical contours, the dangers of China’s geopolitical reach in Africa are immense. The Djibouti base which it has acquired gives it strong control over the choke points of the Horn of Africa as well as in the Gulf of Aden. Its proximity to the Indian Ocean challenges India’s traditional dominance in the region. It was in 2008 that China started deploying its naval assets off the coast of Somalia in the name of anti-piracy operations that sent the alarm bells ringing in New Delhi. Although China has reiterated that its intentions are more benign in nature which would be largely focussed on anti-piracy operations and non-combatant evacuation operations, yet, the Doklam and the Galwan clashes coupled with its rejection of the ICJ judgment in the SCS does not echo the same.

The Indian and the West apprehensions about China’s presence in Africa and in other countries such as Sri-Lanka and Myanmar have been accelerated by the interception of the Chinese nuclear submarines in the Indian Ocean and the news of China successfully landing military helicopters on civilian facilities. Further, the collusive threat of China and Pakistan in the IOR is yet another important factor both in peacetime as well as in case of a probable military conflict. The Djibouti base can easily be connected through its Hambantota port in Sri-Lanka and can provide it with some relief from the Malacca Chokepoints. Thus, gradually China is moving towards strong power projections in the African continent. As an operational response, New Delhi has upgraded its integrated surveillance network in the Bay of Bengal and the Arabian Sea apart from other traditional security counter-measures that have been actively been undertaken by the current government. To conclude one can say that its interventionist’ approach in Africa offers alternatives to the continent in terms of both strategies as well as to the traditional intervention by the great powers which have far-reaching consequences upon the existing security architectures.