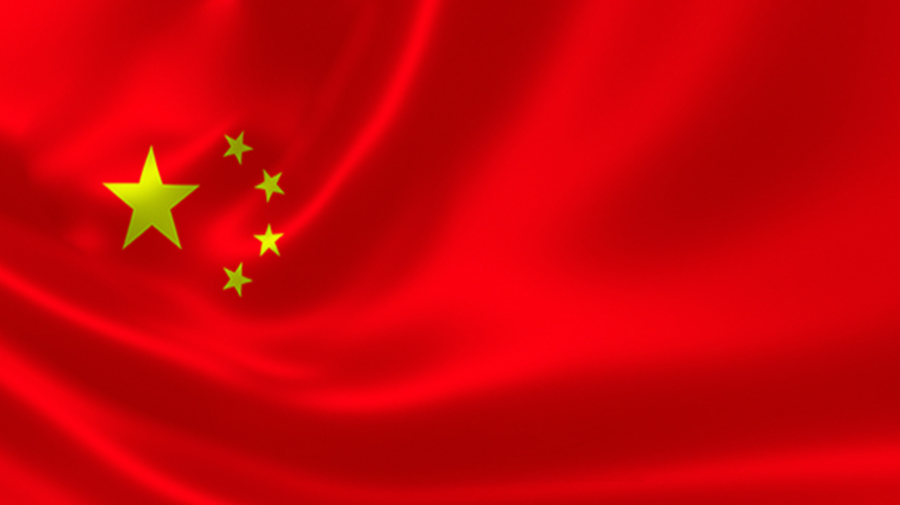 One of a prominent Chinese journal says ‘If one is to achieve success, he should have good timing, a good location and the right people’

No force can stop the idea whose time has emerged and this emergence has made China realize her long-cherished dreams of making the country great again. In November 2013, in the 3rd plenary secession of the 18th Central committee has approved the Committee on Comprehensively Deepening Reforms which underlines new strategic plans for the development of socialism with Chinese characteristics as a long-term strategy. The massive overcapacity has intrigued China to switch from rapid growth towards a high-quality development which may also be termed as China’s Socialist Modernization. Constant focus on becoming holistic, systematic and coordinated with a system-oriented approach has led China to become a hub of the Global Village of the 21st Century. According to the IMF the Chinese Renminbi has become a freely use-able currency and has become one of the major currencies reserves in International finance. It has not only improved the international status of RMB but also boosted confidence in RMB’s internationalization which has conclusively recognized Chinas comprehensive integration into the international economy.

Since the beginning of the fifties, China has been an aid receiving country and concurrently a donor. The total amount of foreign aid to its recipients has been increasing, when it has been receiving less aid and vice versa. Today, China supports more than 120 developing countries in different domains. It offers developmental assistance to both poorer and more developed countries than it is. The delivery mechanism with a faster pace and lower cost than the predecessor donors besides it offers aid without political conditions. China is first of all a partner in development cooperation rather than a donor. Its involvement in development aid is regarded as a challenge to the existing international system of aid.

Chinas aid programme is driven by economic, diplomatic and strategic objectives. The strategies of the Chinese development assistance policy have been evolving over the years. China quite dexterously had adjusted its foreign aid contributing to its own domestic political and economic conditions.

The analysis of the level of China’s foreign aid to developing countries is mainly based on White Papers on China’s Foreign Aid.

At present China is one of the most prominent donors. However, it is worth noting that China has been the recipient country for a few decades. The Soviet Union was the first important donor to China. It offered aids mainly in the form of equipment, raw materials and skilled labour force to the People’s Republic of China after its proclamation in 1949. The implementation of the First Five Year Plan in China would not be possible without Soviet technical assistance.

It has also been estimated that over the period 1949 -1960 thousands of Soviet engineers, technicians and advisers worked in China. Moreover, 156 industrial projects and more than 300 civil and military objects were built under Soviet assistance. In the 1950s Soviet specialist were engaged in almost all the China projects developing the Chinese branches. They were mainly active in the first priority industries, such as metallurgy, power production, coal chemical oil, machine-building and electrical engineering. Besides, they work in Agriculture and forestry, education, health, financial sphere and in the planning system. They have also constructed plants, dams, railroads and bridges. Additionally, they trained Chinese personnel. Soviet specialist was also involved in Chinas modern health protection system and educational system. Hence, it has been observed in China that Soviets are the biggest hand in transfer in technology, know-how, construction methods and experience that has ever been observed.

Post 1950, when Soviets stopped providing assistance to China, it emerged again as a recipient country. Therefore, understanding the status quo of China many multilateral organizations and developed countries started to support China the time it started its strategy of market reforms and “open door” policy in 1978. China soon became one of the largest aid-receiving countries in the world. The level of net Official Development Assistance (ODA) provided to China over the period is presented below

In the period of 1979-1995, donors were gradually increasing their assistance to China. But, Post Tienanmen Square massacre, a gradual decline in aid has been noticed and since then there is a gradual decrease in foreign assistance and therefore the level of aid China received in the past has gradually lowered. In the year 2011-2013, total net ODA (Official Development Assistance) shows a downfall trend.

The support of China was mainly courtesy of Japan, Germany and France. The level of ODA to China from the aforementioned countries is tabled below.

It could be deduced that from 1979, Japan has been the largest source of development for China. In the years 1982-2006, Japanese aid surpassed the other donors and eventually declined to negative from 2010. The aid provided to China by Japan is to maintain national and regional security in the region. During the transitional phase, Japan and Russia were the most important donors towards China’s development. The aid was mainly used for infrastructural projects like railway, highway seaports, airports energy, oil and coal projects, hydroelectricity, power plant, industrial plants and telecommunication networks.

Since 1994 China’s Grand Plan of Trade and Economic co-operation was launched by Wu Yi, Minister of Foreign Trade and Economic cooperation and Export Import (EXIM) Bank of China. It begins to provide loans on a concessional basis and hence China’s foreign aid programmes become similar to Japans.

Chinese developmental aid is very often part of a larger package of investments and trade deal with recipient countries. It is difficult to separate it from the export credits, investments, expenditures non-concessional state loans. The time of transition and a relative era of dominance which China has witnessed for a long have changed China’s perceptions about ODA. The DAC (Development Aid Committee) in China has mentioned the bulk of Chinese spending focused on other official flows (OOF), which is primarily intended for commercial projects. Samantha Custer, Aid Data’s director of policy analysis unit, said “China has been well-positioned to step into the breach and cement its role as a preferred donor and lender to the developing world’

In China, there is no one independent agency that manages its development assistance. Instead, different institutions are involved in providing and controlling aid. The State Council chaired by the Chinese premier has the power to make decisions on foreign assistance and the details are handled by various institutions mentioned below.

China’s development assistance in the form of loans and zero interest loans are managed by the Ministry of commerce. More importantly, the Department of Aid to foreign countries takes charge of it. MOFCOM (Ministry of Commerce peoples Republic of China) is responsible for the formulation and implementation of foreign aid policies and plans.

The lack of transparency in China’s aid endeavors has made the world dubious. Moreover, there is no regular, detailed and structured format of the data on aid, volume allocation and the eventual end results of the projects implemented. The books into which Chinese provides aid is a state secret. In 1950s, the level of China’s foreign aid was almost constant. A sharp increase in the total amount of aid was observed after Sino-soviet split. The level of Chinese aid reached the peak in 1973. At that time the total amount of foreign aid covered was 2% of GNP. China drastically limited its foreign aid in years from 1974 to 1980. In the years from 2004-2009, China’s financial resources for development assistance grew by 29.4% per year. Officially, only the end of 2009, China had provided a total of 256.29 billion Yuan in aid. The scale of Chinese development assistance increased significantly between 2010 and 2012. In three years developing countries received 89.34 billion Yuan in aid. The assistance is mainly provided in the form of concessional loans. The proportion of those loans in China’s total aid almost doubled from 28.7% in 2009 to 55.7% in the years from 2010 to 2012. Details about China’s foreign Aid are presented in table below:

China Provides foreign assistance to developing countries in Africa, Asia, Latin America, the Caribbean, Oceania, and Eastern Europe. The 2014 White paper reveals that in the years from 2010 to 2012, 121 developing countries (51 in Africa, 30 in Asia, 19 in Latin America and the Caribbean, 12 in Eastern Europe and 9 in Oceania) were regularly receiving Chinese aid. By the end of 2009, China has supported 123 Developing countries in Africa and Asian received the highest amount of China’s development aid. From 2010 to 2012, 51.7% of Chinese total aid went to Africa and 30.5% to Asian countries.

China has become a major source of global development finance across the developing world. The absence of major investment evidence represents a blind spot on the aid effectiveness and its holistic and comprehensive understanding.

Chinese aid both contributes to economic growth and poverty reduction in recipient countries and benefits China itself. Likewise, it also enriches the socio-economic transformation in the recipient states. China offers foreign aid to developing countries to achieve different foreign policy goals. Due to the uncertain environment with the great powers changing their course of endeavors and actions the objectives and hence strategies of foreign aid have been changing over the years.

In the fifties and sixties, China supported developing countries for political and diplomatic interests, and to spread communist ideology with mutual benefit and commonalities. It used foreign aid as a tool in the competition with the Soviet Union for supremacy among newly independent countries and in the competition.

Nowadays, economic and commercial interests dominate in Chinese foreign aid policy. China provides assistance for securing access to natural resources and gaining access to domestic political establishments. Diplomatic objectives are still important. Therefore, this is a relative moment of the social and economic dominance of China which the world has to live with.

Nichole Ballawar
Author is a Senior Visiting Faculty member at Nagpur's Government Law College. He has also served as a Research Associate at the Centre for Air Power Studies (CAPS) as a Defence Analyst for Janes. He has also worked as a China Research Assistant for the Ministry of External Affairs and as an Intern for the United Nations Development Program. He collaborated with organizations such as NIICE, The Diplomatist, and 9dashline, among others, and produced a number of research publications. He has written several essays on China, nuclear nonproliferation, and arms control.
Tags:
Foreign Aid Chinese aid China China-Japan relations Economic Growth
Share:
Share this...