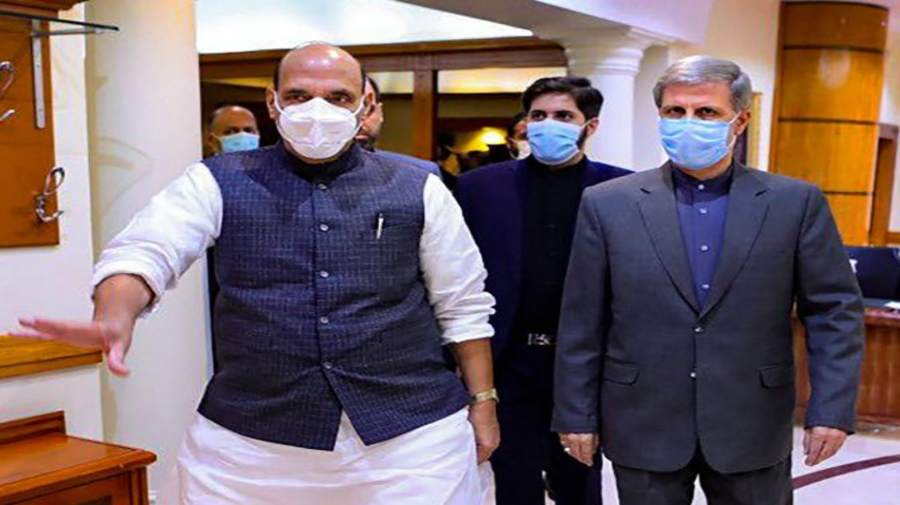 The Indian foreign policy has undergone significant changes in approach and directions under Prime Minister Modi – from non alignment to multi-alignment with strategic autonomy. The regional outreach through its “Neighbourhood First” and “Extended Neighbourhood” policies are pathways designed for India’s global footprints. In its pursuit of the shaper of the global landscape, security has assumed greater salience with a strategic focus on military and defence cooperation. India’s Iran policy at present with its civilizational and cultural linkages epitomises India’s new vision and pursuit in the region and beyond. Iran assumes utmost importance in India’s Afghan policy, Central Asian Vision, Continental Security and Maritime Security. There is strong synergy in these geopolitical and security vision of the two Indian Ocean Rim countries. The visit of the Iranian Defence Minister now is a crucial reminder of this natural milieu as well as the necessity of cooperation in the military and defence arena for security and stability of the shared region.

The vision of strategic cooperation set by the “Tehran Declaration”, 2001 during the Iran visit of Prime Minister, Atal Bihari Vajpayee was strengthened by the “Delhi Declaration” during the visit of President Khatami in 2003 and agreement for the development of Chabahar port by India. The trajectory of cooperation was boosted tremendously in 2016 with the visit of PM Modi and the signing of the Tripartite Treaty’ on Chabahar trade and transit hub by India, Iran and Afghanistan, an endorsement of mutuality of geopolitical and geostrategic interests and shared vision of security and prosperity. The visit and of talk of defence cooperation signifies the strategic relationship based on multiple shared interests political, economic and security with credible military cooperation component.

The stop-over by our Defence Minister, Rajnath Singh and External Affairs Minister, Dr. S Jaishanker in Tehran on the way to Moscow for Shanghai Cooperation Organization (SCO) meet in September 2020 manifests deeper geopolitical and security interests of the two countries. This becomes apparent in the words of Shree Rajnath Singh that “We discussed regional issues including Afghanistan and the issues of bilateral cooperation.” In his address to SCO in Moscow, he added that “We are deeply concerned about the situation in the Persian Gulf.”

India Ocean maritime security has assumed enhanced strategic salience in recent years. India’s “SAGAR Doctrine” pushes the multilateral approach for maritime security, shared growth, connectivity and capacity building. In this background, the India Ocean Region defence minister meet in New Delhi is an initiative to promote a multilateral institutional framework of the rim countries for creating a cooperative vision and environment for security, stability and shared prosperity in the region. India with 7500 km coastline is set to assume an active role for a peaceful and prosperous Indian Ocean regime projecting as a credible security partner, security provider and market for Indian-made defence hardware.

Iran is also one of the largest countries on the Indian Ocean rim and has played a significant role in the northern part of the Ocean. With its consistent maritime strategy, naval drills and activities, Iran is a capable actor against its potential threats in the  region and plays a vital role in establishing the safety and security of overseas trade routes in the region. The visiting Iranian defence minister remarked about the shared role and vision of maritime security that “Tehran and New Delhi have cultural and historical commonalities, common approaches towards many regional and international issues and geographical capacity, particularly in the India Ocean.” He further added that “These capacities can play a significant role in expanding the two country’s relations, particularly in the defence and military sectors.”

The visiting Iranian Air Force commander, Amir Aziz Nasirzadeh said in Bengaluru that Iran Air Force has made steady headways in the advanced Unmanned Ariel Vehicle (UAVs) with cutting-edge nanotechnology and artificial intelligence. While the Defence Minister, Hatami remarked that Iran’s aviation industries have produced numerous light fighters and training fighters and working towards further upgradation and variation in consonance with diverse security requirements. In a complementing note, the Iranian Defence Minister said “Aero India illustrates that India has embarked on a serious and technological move in the field of the aviation industry and is using its capabilities and those of its private sector to make significant progress.” These are sure points of emerging convergence of security perception and strategy of the two countries in the region.

Besides, Iran assumes a vital position in Indian strategic thinking and calculus in respect of its Afghan policy and Central Asian vision and to bypass Pakistan with Chabahar port complex, strategic hub for connectivity to Afghanistan and vital for its’s continental security. The ‘Fatemiyon Brigade’ ensures Iran a sustainably formidable position in Afghanistan. The Taliban diplomatic office in Doha provides an accessible contact point for Iran with the Taliban, it shares the common goal of US and allies leaving Afghanistan. Thus impending post-US Afghanistan, the geopolitical situation makes Iran a factor of strategic salience for India for its policy in the inexorable Afghan conflict complex.

After US withdrawal from JCPOA in 2018, Iran pursues a focused ‘Look East’ approach to developing a credible multilateral security framework with ‘Eastern Powers’ to ensure its security in the face of Arab-Israel regional rivalry with US backing. Iran convened a kind of ‘Regional Security Initiative’ on 26th September 2018 mainly focusing on joint strategy on terrorism mainly in Afghanistan and Central Asia in which India was represented by its National Security Advisor. A joint naval exercise of Iran and Russia has begun in the northern Indian Ocean with the slogan of ‘security of maritime commerce’ on 16th February 2021. The Iranian Navy Commander, Hossein Khanzadi told that India will also join the exercise and the intent of the exercise is “maritime security” and “collective security” in the region.

In the wake of a prospective Biden administration deal with Iran, the sustained and growing cooperation with Iran will spur Indian position in the Iranian ‘Look East’ strategy. The US engagement with Iran by resuming JCPOA with or without new terms and additions is a geopolitical imperative to halt increasing Russian and Chinese influence which has become a critical survival option for Iran. In that broader framework, there is a deeper anxiousness in the US and among its European allies to engage with Iran and integrate its economy for trade, investment and bring it into the loop of western technology sphere to stem the expansion of China in that country and wider region pushing back western presence and interests.

In this complex region, Iran stands out as a peerless partner with its huge population, vast and varied resources, military power and indigenous technological prowess. The historical root of India-Iran relations makes the contemporary geopolitical commonality and shared maritime security imperative of the Indian Ocean mutually crucial and vital for their respective national interests and regional security. This deeper strategic mutuality makes it imperative for both to survive the regional rivalry syndrome to serve their mutually complementary and reinforcing national requites. The emerging ‘strategic autonomy’ in Indian foreign policy will hopefully ensure sustained engagement. Thus the visit of the Iranian Defence Minister has surely activated this subdued synergy of interest and can be a turning point for strategic military cooperation between the two countries as powerful guardians of the Indian Ocean region in the changing geopolitical landscape of the emerging world order.