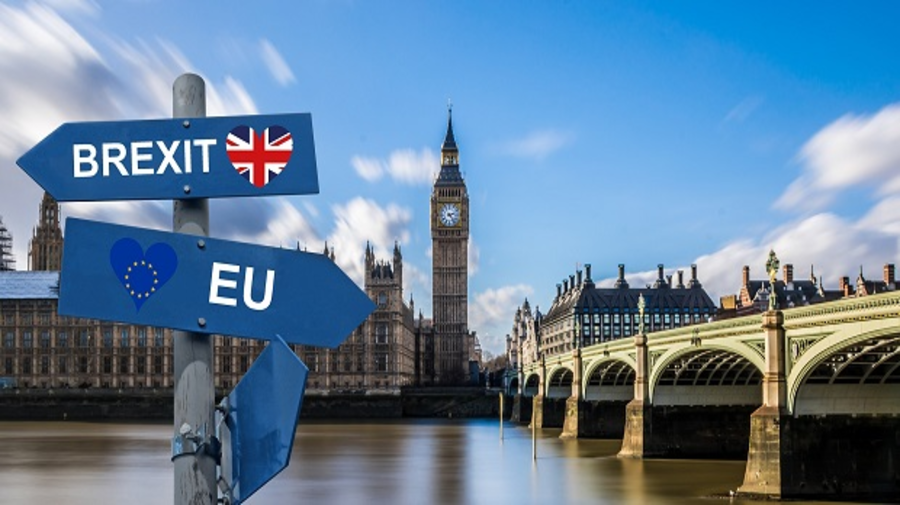 On 23 June 2016, citizens of the United Kingdom (UK) or Great Britain exercised their democratic rights to vote in a national referendum, also known as “The Brexit Referendum.” The main question posed to voters was as follows: “whether to remain as part of the European Union (EU) or to exit from the EU.” In tallying the total votes cast, the results indicated that 51.9 percent of the voters supported the UK’s departure from the EU. That then marked the process for the end of the UK’s participation in and membership of the EU, having done so since 1973. The then Conservative UK Prime Minister, David Cameron, who vehemently campaigned against Brexit resigned from office. He had promised to do so if the vote did not go in his way. In March 2017, Cameron’s successor, also Conservative, Theresa May, initiated the process toward Britain’s complete withdrawal from the EU. A new government ministerial position, responsible for Brexit was created to oversee the withdrawal process. When the British Parliament rejected Prime Minister May’s Brexit deal, the writing was on the wall that she too had to resign from her position. She was replaced by the current Prime Minister, Boris Johnson in July 2019. Apparently, Johnson was one of the lead campaigners in favor of the Brexit referendum vote. This article briefly discusses why the Brexit vote took place, the steps that have been taken so far, and what the future holds for Britain’s foreign policy, post-Brexit.

Why Brexit And What Has Been Done So Far

The key question to ask is why did British people suddenly decide to leave the EU? There are multiple explanations for the pro-Brexit vote. Firstly, there is the notion that British people, with a relatively better economy, were unhappy to continuously welcome migrants from the other “poorer” European countries, whom they accused of taking over jobs meant for British citizens. There is also the notion the UK was compelled to shoulder the economic and political challenges of some of the other “problematic” EU countries, especially those in Eastern Europe. Clearly, most of the British population did not want to share in the economic and political problems of their fellow EU members. While Theresa May failed in the withdrawal process, her successor, Boris Johnson, has finally done so. In a deal officially beginning 1 January 2021, the “marriage” between the UK and the EU came to an end. The deal, among other things, limited the movements of people and goods between the UK and the remaining EU member states. The “freedom” to live and work in the UK and EU was also limited unless proper documentation was sought. Furthermore, now that the UK is “free,” its government can now negotiate “free trade” deals with such countries as the USA, Australia, and New Zealand, among others.

Since the Brexit vote was undertaken, the withdrawal process initiated, and now the formal withdrawal being approved (through the “EU Withdrawal Act, of 2020,”) questions now remain on Britain’s foreign policy post- Brexit. The major focus will of course be economic considerations. Britain’s global outreach, through its diplomatic missions, will be focusing on maximizing economic opportunities negotiated on an “independent” basis, rather than being tied to EU rules and regulations. Be it in Asia, Africa, and the Americas, British politicians and diplomats will look to negotiate trade deals in the best interests of British citizens. They will be doing so fully recognizing the presence of other global powers including the USA, China, India, and indeed the EU.

The UK government will also look toward reclaiming its important role as a global power championing respect for human rights. Aside from focusing on the Commonwealth of Nations (made up of former British colonies), Britain can influence matters far and wide. This will involve promoting democratic freedoms, including those of political participation, economic freedoms, national and individual security, and gender equality. This will propel Britain, as not just a country seeking economic returns, but also as one interested in the well-being of the whole of humanity. It will also help to erase negative memories and stains of Britain’s imperial history. The latest example being the UK government’s strong condemnation of the recent military coup in Burma (Myanmar), including calling for the immediate release from house arrest of Aung San Suu Kyi, whose party won the November 2020 general election. Sanctions were also placed on the Burmese military commander and his deputy. On 10 February 2021, the US President, Joe Biden, also sanctioned the Burmese military rulers and diverted $42.4 million away from the government. Britain will also now shift its focus to help end the human rights violations in its former colony of Hong Kong. There, the government has been accused of imprisoning and killing demonstrators, who since 2019, have been demonstrating calling for more political freedoms and have objected to the “extradition law” of Hong Kong citizens to mainland China. Others will also point to the on-going atrocities in Syria, where the government there reportedly used deadly chemical weapons against its own people. They too deserve to have their rights respected.

As one of the major global economies, Britain will also look to take a leading role in the global fight against the COVID-19 pandemic. While the UK itself has suffered over 100,000 COVID related deaths, many will still look to Britain to provide the necessary guidance in terms of the provision of vaccinations, PPE’s for medical personnel, and the economic recovery for some of the world’s poorest countries. The availability of such vaccines as those from Pfizer, Oxford, BioNTech, and Moderna, must not just be made available to British citizens alone, but also be shared across the globe.

As a member of the North Atlantic Treaty Organization (NATO) and the United Nations (UN), one also expects the UK government to continue honoring its international obligations to these organizations. These included both monetary contributions and troop contributions to quell wars and disturbances in some of the world’s troubled spots. The most recent ones are those of South Asia (Pakistan and Afghanistan), the Middle East and Asia Minor (Iraq, Iran, Syria, and
Lebanon), and in East Africa (especially in Kenya, Somalia, and South Sudan). It will be recommendable to stop the conflicts from blowing out proportion right from their places of origin before they become an “eyesore” of global affairs. Britain’s pulling out from the EU must not represent its withdrawal from defending humanity, hard-won democracies, and economic gains made by the early 21st century. The world is certainly looking for Britain’s lead in all the aforementioned areas.

Paul Chiudza Banda
Author is a Historian, currently based at Tarleton State University, in Texas, USA. His research interests are in Malawi’s political and economic history and Africa’s relations with the Indian Ocean world.
Tags:
Britain European Union Brexit deal
Share:
Share this...