The United States and India: A New Era of Strategic Cooperation and Friendship 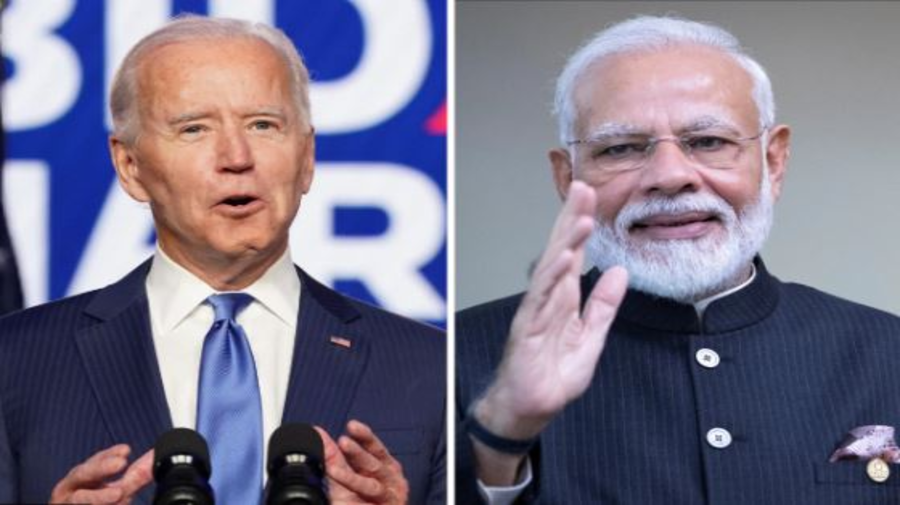 The United States and India are thriving and resilient democracies. Discords and divisions are inevitable; nonetheless, democratic governments do function well and problems get solved albeit slowly. Just consider: Covoid-19 originated in a most secretive, repressive and authoritarian country; but its remedies, the vaccines, Pfizer, Moderna, Oxford AstraZeneca, the most trusted ones, were developed in democracies, United Kingdom, European Union, and the United States. It’s democratic India that holds the promise of producing the vaccines for most of the world, as Prime Minister Narendra Modi has assured us.  In crises, freedom matters and open societies do better.

With President Joe Biden a new era of strategic cooperation and friendship could begin for India and the United States. The bonds of freedom, nevertheless, need to be strengthened not only militarily; but also, more importantly, economically. India-US relations must extend beyond defense and security to include trade, technology transfer, and manufacturing.

The United States pivot to Asia through India has been built upon a bipartisan political consensus as well as the establishment’s (the so-called deep state) commitment that America’s active presence in the Indo-Pacific region is indispensable for the freedom, security and economic prosperity of the region that accounts for 62 percent of world GDP and 46 percent world merchandise trade.  By replacing the Asia-Pacific with Indo-Pacific geopolitical nomenclature, the Trump administration raised India’s profile and gave it a diplomatic and economic stake in the region. Language matters in diplomacy. Today, psychologically and geopolitically, India’s commitment to the Indo-Pacific is the same as for the Indian Ocean, not a sense of ownership, but a need for broader engagement.

It’s in this sense that Trump’s contribution to India-US relations was of great significance especially regarding the security issues in the Indo-Pacific framework of creating a collective bulwark against China’s hostile and hegemonic expansionism in the region. The Trump administration formulated a policy for helping India’s “economic, defense and diplomatic cooperation with other U.S. allies and partners in the region,” according to reports. Even at the fag end of his administration, a week before the election, when the Covid-19 was raging and Chinese troops had not given up their stealthily nibbled territorial gains in Ladakh, Secretary of State Mike Pompeo and Defense Secretary Mark Esper visited India to sign the satellite data sharing military agreement with India.

However, the US renewed interest in the Indo-Pacific, based on the informal strategic framework of the Quad, would remain an empty slogan unless India becomes a muscular nation; a manufacturing giant capable of absorbing surplus farm labor and utilizing 1.5 million engineering graduates it turns out annually from its more than six thousand engineering and technology institutions. Hardly 20 percent get jobs for which they have been trained.

Finance Minister Nirmala Sitharaman’s 2021-2022 Covid-19 recovery budget has lifted India’s funky spirits at a time when the country faces a deep recession with shrunken GDP, high unemployment, and a deeply distressed banking sector. The budget no doubt gives a tremendous boost to infrastructure and health expenditure without increasing direct taxes despite the rise of the fiscal deficit.  The plan, barring four strategic areas, includes an ambitious target of divesting public sector undertakings, and privatization of some public banks. It opens up further India’s financial sector permitting foreign ownership under legal safeguards. It is expected that the budgetary spending measures would lift the economy from its pandemic-hit deep distress, a 7-8 percent contraction, to a growth of 11 percent in the coming fiscal year.  Although the budgetary measures, hopefully, would bring back the economy to its normal growth trajectory, they are not bold enough to spur the “Make In India” self-reliance goal without focusing on the manufacturing sector.

To stimulate high-level economic growth India needs to realise its potential to become a globally competitive manufacturing colossal. A few months prior to Finance Minister Sitharaman’s remedial and welfare-oriented budget, McKinsey Global Institute report, authored by Shirish Sankhe et al., stated “The economic crisis sparked by COVID-19 could spur reforms that return the economy to a high-growth track and create gainful jobs for 90 million workers to 2030.”  The non-farm jobs would provide employment to not only millions of engineering and technology graduates but also to surplus farm labour.

The report makes two interesting recommendations: In order to “capture frontier opportunities, India needs to triple its number of large firms,” which numbering about 600 “account for almost 40 percent of total exports, and employ 20 percent of the direct formal workforce.”  Secondly, it recommends a new political-economic paradigm positing that “The central government, states, and business sector will need to act together.” In this regard, India has a lot to learn from the United States where cooperative federalism includes Corporate America.   The United States could help India transform itself into a global manufacturing hub. The Trump administration’s promise fell short of the support for India’s aspiration for economic growth due to its obsession with turning the US into the America First fortress.  President Biden must tear down this wall to boost trade and hi-tech manufacturing relations between the two countries. An economically strong and self-reliant India would play a meaningful role in the Indo-Pacific.

Narain Batra
Narain Batra is the author of India in a New Key: Nehru to Modi-75 Years of Freedom and Democracy. He is a professor of communications and diplomacy at Norwich University.
Tags:
Asia United States GDP Joe Biden India-US relations Biden-Modi
Share:
Share this...