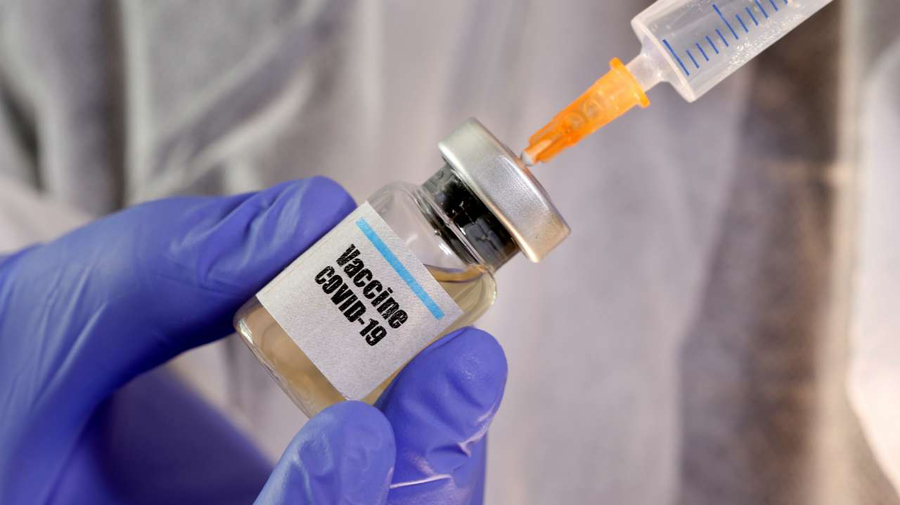 The outbreak of COVID-19 had and continues to cause a significant degree of hardship across the world. The most glaring impact of this pandemic can be gauged from the 3.5-per cent negative economic global GDP growth, as projected by the International Monetary Fund (IMF), along with a 2.4-million global death-count, as per the WHO database. Apart from such discomforting statistics, COVID-19 has also dominated international affairs through 2020, continuing to the present. Starting with the US, nations joined hands to charge China – where the pandemic originated – with causing the pandemic, and also of concealing critical information. That phase soon gave way to locating testing kits in their millions, finding a vaccine – and sharing the same with the rest of the world.

The quest for global political influence was first played out in form of the supply of protective- gear, sanitizer and a host of medical equipment, including ventilators, and available medication. With the world stabilizing with that phase and pace, real politics began playing out in the quest for a vaccine – and domination in the field. This resulted in a motivated PR campaign that went beyond the scientific efficacy of individual vaccines being developed in different nations, to political brinkmanship accompanied by active lobbying for one and discrediting disinformation against the other(s).

India’s role in developing and manufacturing the vaccine has only gone to reinforce the image of the nation as the ‘Pharmacy of the World’. The honour has been conferred by a number of world leaders including UN Secretary-General António Guterres. But it has been achieved not overnight, nor is it exclusively due to COVID-19. India has been a manufacturer of generic drugs and vaccines, and supplies 40-70 percent of WHO’s need for diphtheria, tetanus and pertussis and Bacillus Calmette Guerin vaccines, and about 90-per cent global demand measles vaccine. This, distinction thought was not achieved in a vacuum, either.

India’s bitter experience in securing the right to manufacture affordable generic drugs was not only aimed at meeting its domestic requirements but also as a part of its commitment to serve the larger cause of humanity. It caused a significant backlash from other big players, especially from the ‘global West’. This discord was played out in forums like the WTO’s Trade-Related Aspects of Intellectual Property Rights (TRIPS), bilateral engagement and a slew of predominantly western media outlets. It also spilled over to create a negative impression about India’s commitment towards TRIPS and thus as a desirable destination for foreign investors.

However, it was India’s strong resistance in the WTO on a number of issues, including TRIPS, that ensured that the Third World was not beholden to the commercial interests of the developed nations. In the relatively recent past, India’s willingness to stand up for the developing world alone helped many African nations, especially, to afford medication and arrest the adverse impact of HIV-AIDS.

Global Good: Not a catchphrase but a national character

India has since rolled out Covishield, developed by the UK-based on Oxford-AstraZeneca, manufactured by the Serum Institute of India, and alsoCovaxin of Bharat Biotech and the Indian Council of Medical Research (ICMR). Unlike other nations that have developed the vaccine, the nation’s approach was not aimed at exclusivity, nor was it meant only to address its domestic needs. From the word ‘Go’, New Delhi was conscious of its ‘global commitments’.

In less than a week after rolling out the vaccine for domestic usage, on 16 January2021, New Delhi was dispatching shipments of the vaccines to the neighbourhood as a part of Prime Minister Narendra Modi’s ‘Vaccine Maitri’ or ‘Vaccine Friendship’, efforts. As always, India chose the smallest of neighbours in Bhutan and Maldives, with the weakest of economic infrastructure, for gifting an airplane load of vaccine, each. Other countries in the extended Indian Ocean Region (IOR), like Bahrain, Bangladesh, Mauritius, Myanmar, Nepal, Oman, Seychelles and Sri Lanka were soon to receive generous doses of these vaccines as part of the nation’s ‘Neighbourhood First’ policy. Currently over 90 other nations from all corners of the world, including a few developed nations are awaiting their shipment of Indian-manufactured vaccines, or have expressed their desire to procure the same. This is in continuation of India extending assistance in the form of medicines and medical equipment to over 150 countries, including grants-in-aid to 82 countries, during the onset of the pandemic.

However, India’s generosity in tackling the pandemic is not a one-off affair. Instead, it is a reflection of the nation’s inert character and a reflection of its philosophical approach towards the world. The Indian ethos of ‘the world is one family’ as expressed in the Sanskrit phrase ‘Vasudhaiva Kutumbakam’ or its  southern Tamil equivalent ‘Yaathum Oore Yaavarum Kelir’, continues to be the bedrock of New Delhi’s foreign policy. Another testament to this dictum can be seen in form of India being the largest troop-contributing nation to the UN Peace-keeping Force since Independence, and its active commitment to extend relief material to all nations, during natural disasters or man-made catastrophe (of which COVID-19 is only the latest). Apart from this, India has been the champion of the Third World since Independence, from its support for de-colonialism in the past to safeguard the economic interests of the Third World, in appropriate global forums, at all times.

Bangladesh Foreign Minister Dr AK Abdul Momen has compared ‘Vaccine Maitri’ to India standing by that nation during the ‘Liberation War’ of 1971. This is in contrast to the deadlock faced in securing Chinese vaccines for the pandemic, owing to Dhaka’s reluctance to sharing the development cost, as sought by Beijing.

While ‘Vaccine Maitri’ has brought laurels to India, it must be noted that the same has not shielded India from global criticism on other issues, especially on the domestic front. Additionally, the goodwill has not translated to any tangible foreign policy achievement, nor has it enabled the nation to advance its foreign policy interests. In fact, the COVID-19 period has actually seen a degree of challenges in New Delhi’s with some of its immediate neighbours, especially Nepal and Sri Lanka, who were also among the first few beneficiaries of the Indian vaccine. The border stand-off with China, starting with the brutal killing of 20 Indian soldiers happened during the early weeks of the pandemic.

The main reasons for India’s inability to capitalise on its humanitarian efforts into tangible political capital owe to the nation’s limited ability to make soft-power diplomacy a critical tool of its foreign policy. Unlike most other nations, the Indian State seldom brags about its commitment towards humanity. Secondly, India has seldom held its commitment to humanity to be a subset of its engagement with other nations. On the contrary, New Delhi has seldom held its beneficiaries, hostage to its humanitarian efforts even when those beneficiaries may have been hostile to the nation on issues.

Thirdly, New Delhi, though expressing its desire for a world order guided by political morality of pluralism and democracy, is seldom seen as preaching the same. Nor has it allowed political morality to dictate its bilateral and multilateral engagements. These inherent characteristics, in turn, impinge upon the nation’s hard-power foreign policy assets, including economic muscle, in relative terms. While soft-power does generate a degree of goodwill, it is the tool of hard- power and economic might that will continue to shape international affairs.

However, while the world is still on the road to recovery, which has also resulted in many nations realising the need for diversification of the global supply-chain, India too can play its part or, should play its part. New Delhi has already played its part as a Good Samaritan, one more time. Apart from deeper integration with the global supply-chain, India should also set the stage for revisiting some of the critical aspects of international trade, starting with TRIPS.

1 reply on “Beyond India’s Vaccine Diplomacy for Global Good”