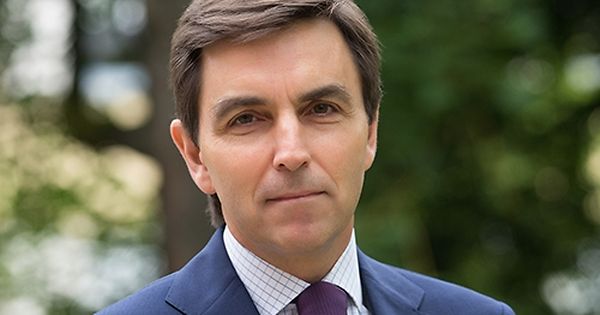 As Portugal takes over the six-months’ rotating presidency of the Council of the European Union (EU), The Diplomatist spoke to the Ambassador of Portugal in India. Kanchi Batra, Business Editor, The Diplomatist conducted a written interview with H.E. Mr. Carlos Pereira Marques, Ambassador of Portugal to India where the envoy offered insight into the future of Portugal-India bilateral relationship. He also elucidates in detail how Portuguese leadership shall guide the EU into the post-covid era.

Q. Portugal has taken over the rotating presidency of the Council of the European Union (EU). What do these six months mean for the Portugal government? What are some of the main priorities of the presidency?

Our Presidency has the following five main priorities, which are actually also major targets for India: Green Transition, Digital Transition, Strengthening of the Social Dimension, Resilience and Openness to the World.

This last priority specially touches upon India. We believe, in fact, that the multipolar world in which we live requires from Europe a staunch commitment to effective multilateralism and a more comprehensive approach to its international alliances, and thus the need of developing more balanced and diversified relationships. In this context, we stand for the strengthening of EU relations with India, by stepping up our political dialogue, as well as economic and trade cooperation. The importance of our relationship has to reflect the importance of the role India plays in Asia. In this context, new special attention must be given to the Indo Pacific region.

We are proud to host in Oporto, in May, jointly with the Presidency of the European Council, the first Informal Meeting of India-EU Leaders ever. This is going to be a historic milestone, which will propel our relationship to new levels.

This is the fourth time Portugal takes over the EU Presidency. We do it now at a particularly demanding moment, when the Covid-19 pandemic and its serious socio-economic consequences challenge us. Assuming the EU Presidency involves thus a huge responsibility, but it is also a unique opportunity to contribute to the common effort of resolutely overcoming the difficulties we face, in a spirit of solidarity and trust. This is a time to deliver, putting into action the important decisions we have already taken at the European level and hence our Presidency’s motto: “Time to act: for a green, digital and fair recovery.”

As our Indian friends very often remind us, the Portuguese historical presence in India goes far beyond Goa and has left long-lasting cultural and civilizational imprints in both countries. This special proximity reflects very positively on our bilateral relationship, which is based on trust and good understanding. Our Prime Minister, a son of Goa, is the only serving UE Head of Government of the Indian diaspora, a fact that is cherished both by Portuguese and Indians.

Q.The two official visits of Portugal’s Prime Minister António Costa and President Marcelo Rebelo de Sousa to India in 2019 and 2020 respectively clearly show the importance Portugal attaches to India. What were the main highlights of these visits?

Prime-Minister António Costa visited India in December 2019, immediately after his re-election, to attend the second meeting of the National Committee for the Commemoration of Mahatma Gandhi’s 150th Birth anniversary, of which he was a special member. On that occasion, he had a very fruitful and result oriented meeting with Prime-Minister Modi, which enabled a review of the entire gamut of bilateral relations and has paved the way ahead.

The State Visit of President Marcelo Rebelo de Sousa, in February 2020, culminated with the conclusion of several important bilateral agreements, in areas as diversified as Maritime Transports, Audio-visual, Migration and Mobility, Culture, Intellectual Property, ICTs, Water and Education, and included a highly participated Economic Seminar in Mumbai. It also contributed towards consolidating the already excellent political relations between the two countries and setting up new targets for the years ahead.

Q.How do you wish to promote Portugal’s economic and political interests in India?

Through an open dialogue with the Indian  authorities and by developing synergies, at several levels, that may suit both countries, as our interests are complementary and sometimes even matching. In this framework, the recent upgrade of our Joint Economic Commission to a political level was particularly meaningful and opens new avenues of collaboration, from now on.

We also keep an excellent relationship with the Indian Embassy in Lisbon, which illustrates quite well the close links and the level of trust existing between our two Administrations.

And, of course, we have to be ambitious on the targets we set and deliver more, and more.

Q.All eyes are on Europe and India concerning the proposed FTA. When will it become a reality and how will the two regions benefit from this arrangement? What role do you envisage for
Portugal?

We are encouraged by the promising advances registered at the first round of the High Level Dialogue on Trade and Investment, of February the 5th, and confident that we will already achieve some concrete results at the Informal Meeting of India-EU Leaders of Oporto, in May. Portugal will spare no efforts to promote the conclusion of Trade and Investment agreements between India and the EU, which we consider of utmost importance, both for economic and geo-political reasons.

Q.How is Portugal complementing India’s need for developing and upgrading its industries and infrastructure, especially in the framework of the ‘Make in India’ campaign?

Several of the Portuguese companies operating in India have already established partnerships with Indian counterparts and the development of joint projects has always been our objective, as a mutually benefiting solution. The development of trilateral projects, involving other Portugueses-peaking countries, may also be a very interesting approach.

Economic resilience, in the aftermath of the Covid Crisis, is again a shared concern between India and Europe, and we both need to strengthen our value-chains, based on dynamic industrial strategies, although keeping our markets open to the world.

Q.With regards to future economic engagements, what key areas would you like to see Portugal using its expertise in India so that the two countries enjoy mutual benefits?

Q.Where do you see Portugal five years down the line?

As a modern and innovative country – proud of its 900 years old past but investing decisively in the future – faithful to its values of tolerance, openness and solidarity, aware of the big challenges ahead, respectful of its compromises and actively committed to the great causes of Humanity.