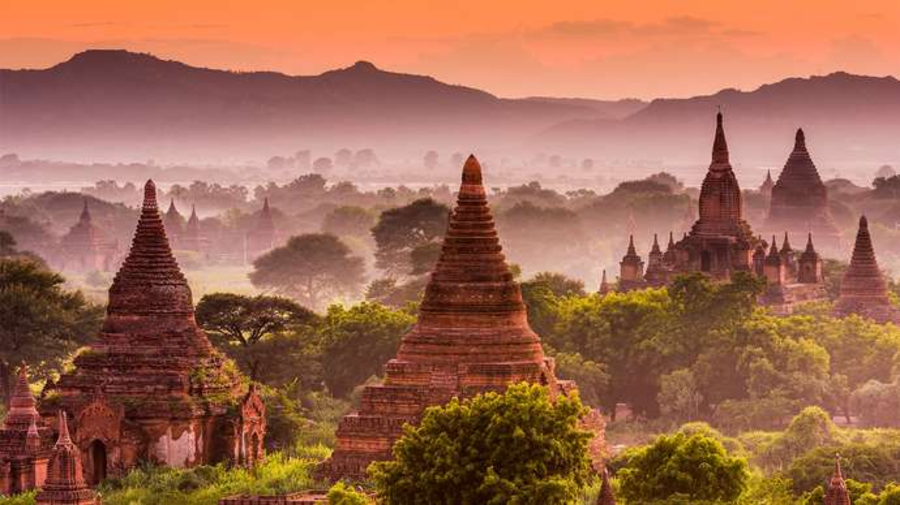 A swiftly executed putsch and the unceremonious dismantling of a nascent democratic setup have thrust Naypyidaw into the centre of the world’s circles of political discussions. The occurrence though shocking was foreseeable, considering the brittle power-sharing mechanism that existed in Myanmar. It was anybody’s guess that the constitution and the civilian government would be acceptable only so long as the power bubble of the Tatmadaw and their bosses were intact.

The episode’s facet as an assault on the global movement of democracy and human rights has invited strong reactions from across the globe. Apart from this, the political flux in Naypyidaw is likely to have ramifications beyond its borders, triggering new geopolitical machinations. The recent acrimony in India- China relations, exemplified by their recent games for diplomatic one-upmanship suggests the prospect of Naypyidaw emerging as a new battlefront for the two regional heavyweights.

Stakes for the Elephant and the Dragon!

Unrelenting strategic power projection in the Indo-Pacific region coupled with grandiose projects such as the OBOR point to Beijing’s sustained efforts in customizing the Monroe Doctrine to the Eastern Hemisphere. Concurrently, India is foraying into its extended eastern neighbourhood to shore up ties under the vision of SAGAR (Security and Growth for All in the Region), vexing the Mandarins in Beijing. India’s closer embrace of the US and the establishment of the QUAD, have further heightened the Dragon’s misgivings, with wolf warrior diplomats disparagingly labelling QUAD as an Anti- China coalition.

Myanmar’s unique geographical position nestled in between South Asia and South East Asia makes it the perfect gateway for India to expand its connectivity via the North East. The Kaladan Multimodal project, the India-Myanmar- Thailand Trilateral Highway project, as well as the development of the Sittwe port, have been envisaged with Myanmar as a vital cog in India’s Act East Plan. Besides peace in India’s North Eastern states calls for Myanmar’s receptiveness towards India’s security concerns. A porous border, as well as hideouts deeply entrenched in Myanmar territory, allows militant outfits such as NSCN to carry out operations with impunity.  Therefore, close cooperation with security agencies across the border becomes imperative and a reticent government in Myanmar will not help New Delhi’s cause.

Contrarily, Myanmar as a co-dependent ally will serve China’s interest in two ways-Strategically, Myanmar can serve as a gateway to the Indian Ocean as well as prevent India from fledgling its muscles as well as attaining a foothold beyond its border. Commercially Myanmar could be another prospective market for Chinese goods. The fluid scenario in Nyayipidaw will therefore accelerate elaborate maneuvers from both parties in order to bolster their influence.

Global responses across the world have been wide-ranging. While the western hemisphere led by Washington has strongly denounced the development, China in its characteristic response manner opted for a muted response. However, the relatively toned-down response from South Block, New Delhi deserves attention. Pointers suggest a reorientation of approach in India’s diplomatic tacks: from ‘Putting all eggs into one basket’ to a ‘wait and watch’ policy.

Such a change possibly stemmed from the mixed fortunes of the approach followed previously in Maldives, Sri Lanka and Nepal. While Maldives was a success story, the rest could not be claimed so. India’s gamble to put its weight behind the Maldivian Democratic Party and its leaders Mohammed Nasheed and Ibrahim Solih during the heydays of President Dictator Abdullah Yameen unabashedly pro-Chinese, paid it rich dividends. A thumping mandate to the MDP and the ouster of Yameen saw Maldives gravitating back firmly to the Indian sphere of influence.

Conversely, a similar policy in the Lankan soil by backing the disparate and fractured grouping of Sirisena and Wikramsinghe to the Rajapakshas, seen as Pro-Chinese, burned its fingers. Not only did the unwieldy grouping crumble but also the Rajapakshas rode back to power in some style. Perhaps, the seeds of the ‘Wait and Watch policy’ were laid there as New Delhi went into damage control mode after the debacle. Nevertheless, India had lost much ground by then while China invested massively in the Rajapakshas. More recently, the unilateral termination of Indo-Japanese involvement in the East container terminal development project in the Colombo Port by the Gotabaya Rajapakshe government is alleged to have Chinese hands behind it. In Nepal, Anti-India sentiments have been toyed around with, by the ruling party while the Sino-Nepalese friendship has gone from strength to strength. Chinese Mandarins brokering for peace between bickering factions in the Nepalese government have been considered as the new normal in Kathmandu.

Burmese Dilemma: To deal or not to?

Myanmar nonetheless will prove itself to be a tricky customer. A layman’s logic will find a natural affinity between a military administration and the Chinese government’s policies. Having said that, various reports indicate that prior history between the Tatmadaw and China does not inspire confidence in the halls of power in Beijing. Previous instances such as the scrapping of the Myitsone project as well as the Military backed government’s attempt to flirt with the idea of shoring up ties with the Western powers had riled Beijing. On the other hand, Aung San Su Kyi’s popular appeal in Myanmar coupled with Su Kyi’s willingness to deal with China could signify Beijing considering her as the better bet, evident in the way the red carpet was rolled for her during her visits to Beijing. Nevertheless, a scenario where Beijing throws its weight behind Su Kyi, who is seen as a pro-democracy icon, will be interesting since it can send in unwanted signals, especially when embers of unrest in Hong Kong haven’t been doused entirely.

On the contrary, Su Kyi’s personal ties with India as well as the warm relations with the National League for Democracy make it the natural choice for India to put its weight behind. Yet, Su Kyi’s passionate defence of the Tatmadaw in the International Court of Justice against the persecution of the Rohingyas clearly points out that Su Kyi as an administrator will not shy away from embracing the dark side if required on grounds of national interest. Alternately, the present Indian administration has also not shied away from crossing the rubicon in the Rohingyan crisis by turning a blind eye to the idea of non-refoulment. Thus, the apprehension of an NLD- China entente and a value-neutral diplomacy stimulated by the Chinese bogey makes Indian choices unpredictable currently.

Sanctions slapped on Myanmar’s military officials by the Biden Administration meanwhile could bring back memories of the ‘Maximum pressure’ campaign on Iran unleashed by the previous White House occupant. It not only failed in its primary objective but also caused an ally significant collateral damage (including the exclusion of India from the Zahedan Railway project). Moreover, it became the perfect opportunity for Beijing to deepen its clout in West Asia which it did through a comprehensive economic package with Iran. Therefore, mere economic sanctions without channels for dialogue and persuasion could be playing right into China’s hands. India will be keen to avoid a repeat of the Tehran dilemma in its backyard.

What’s on the cards?

Reports suggest that the milder tone adopted by the UNSC resolution expressing “deep concern”, (falling short of condemning the military’s actions) were due to the mediatory role played by India at the Security Council meetings. It is therefore highly probable that New Delhi will be reluctant to sever ties with the military establishment in Naypyidaw yet. While such a subdued reaction may seem a departure from its western allies’ positions as well as democratic traditions, New Delhi will prefer a ‘balancing act’ in a situation filled with uncertainty. Odds are stacked such that New Delhi will prioritize the ‘preservation of strength in the backyard’ over ‘preservation of values’, at least during this initial stage.  However, if Beijing decides to throw the gauntlet behind the military government and the latter reciprocates, backing the democratic challenger will stand India in good stead and closer to its values. Until then, Naypyidaw will continue to be the perfect platform for a game of chicken between the Dragon and the Elephant!