Countering the Financing of Terrorism (CTF) Regime in Place 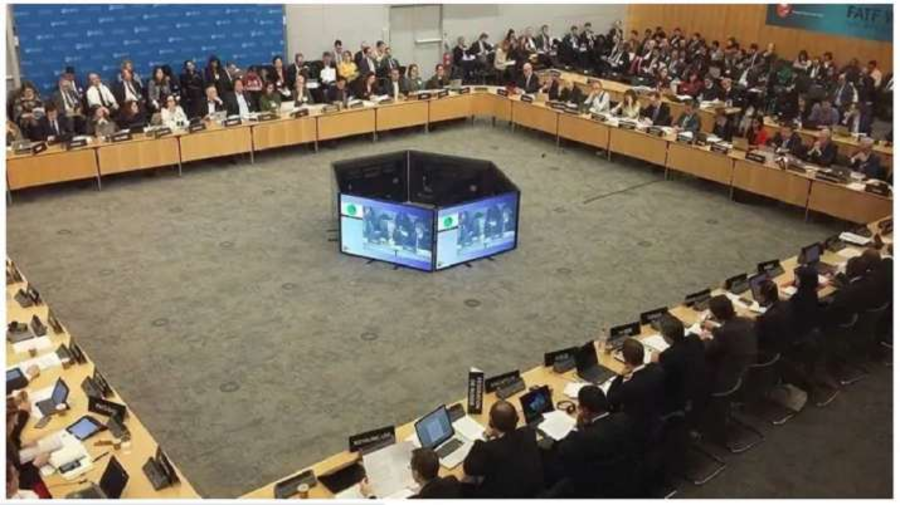 An observer of the Financial Action Task Force (FATF) since 2006, India became its 34th member in 2010. Its first Mutual Evaluation Report (MER) was adopted on 24 June 2010. Initially, India was placed in the regular follow-up process for mutual evaluation purposes because of partially compliant ratings on certain core and key recommendations by the FATF. Overall, the 2010 Mutual Evaluation Report (MER) acknowledged India’s serious commitment to combating terrorism in all its forms. Since the publication of the MER, India has been reporting back to the FATF on a regular basis on the progress made in the implementation of its action plan to strengthen the anti-money laundering (AML) / combating financing of terrorism (CFT) system. In June 2013, the FATF decided that India had reached a satisfactory level of compliance with all the core and key recommendations and thereby removed it from the regular follow-up process.

Factors that increase or reduce the effectiveness of AML/CFT measures, pertain to the maturity and sophistication of the regulatory and supervisory regime in the country, the level of corruption or the level of financial exclusion. In terms of both policy and implementation, India has several mechanisms in place to identify new and emerging trends and to formulate appropriate responses.

The preventative measures for both ML & TF have been expanded through amendments to the Prevention of Money Laundering Act, (PMLA; amended 2009) and the Unlawful Activities Prevention Act (UAPA; amended 2008) to criminalise, inter alia, terrorist financing. These laws are the cornerstones of India’s AML/CFT regime. The PMLA not only criminalises the offence of money laundering, but also puts in place preventive measures, through the provisional attachment of ‘proceeds of crime’ and obligations imposed on banks, financial institutions, and intermediaries to maintain records and furnish information regarding certain types of transactions.

In the wake of economic offenders such as Nirav Modi and Vijay Mallya, the government introduced the Fugitive Economic Offenders Act, 2018 (FEOA) which forces fugitive economic offenders to return to India. The legislation gives the Indian government the power to attach all the assets (and not just the assets acquired from the proceeds of crime) of an individual against whom an arrest warrant has been issued for committing a prescribed offence where the value exceeds 1 billion rupees.

In addition, the National Investigation Agency (NIA) functions as India’s counter-terrorism task force. An amendment to the NIA Bill in 2019 further empowered agency to probe terror attacks targeting Indians and Indian interests abroad and to investigate scheduled offences such as human trafficking; circulation of fake currency; manufacture and sale of prohibited arms; and cyber-terrorism, as if the offence has been committed in India.

Institutionalizing the investigation of Predicate Offices

The mechanism for sharing of information between the Enforcement Directorate (ED), and the law enforcement agencies (LEAs), which investigate the predicate offences, has been institutionalized. Amendments to the money laundering act allow investigations to be initiated immediately after the registration of a predicate offence by an LEA, thus facilitating parallel and simultaneous investigations by the ED into the offence of money laundering. In the past few years, the conviction rate of India’s prosecuting agency Enforcement Directorate (ED), which investigates money laundering offences, has increased. The ED has taken up high-profile cases, mostly against members of opposition parties, but has also actively started investigating them, filed charge sheets in many long-pending cases, attached properties in a series of cases worth Rs 58,000 crore, moved applications, and even secured extraditions.

Vijay Mallya became the first person to be declared a ‘fugitive economic offender’ under the Economic Offenders Act. The ED also moved to invoke FEOA against radical Islamic preacher, Zakir Naik. For economic offences, “Red Corner Notice (RCN) have been issued against 25 persons; extradition requests have been issued for 14 persons, action under Fugitive Economic Offenders Act, 2018 (FEOA) have been initiated against 7 persons and 3 persons accused under PMLA have been brought back to India.”

In keeping with the FATF’s recommendation, India has broadened the Customer due diligence (CDD) obligations. The Reserve Bank of India (RBI) has prescribed various Know Your Customer (KYC) and AML norms for banks, financial institutions, non-banking financial companies and money changers to adhere to. Several Designated Non-Financial Businesses and Professions DNFBPs) have been brought within the scope of its preventive AML/CFT measures. Now DNFBPs including real estate agents’ dealers in precious stones and metals, registrar or Sub-Registrar for the property, persons engaged in the safekeeping of valuables (lockers operators) and casinos are obligated to identify and verify the identity of customers and beneficial owners.

To counter the menace of fake Indian currency notes (FICN), the government has formed the FICN Coordination Group (FCORD). A Terror Funding and Fake Currency Cell (TFFC) has also been created in NIA to investigate TF and FICN cases.

In furtherance of its international AML efforts, India joined the Multilateral Competent Authority Agreement on Automatic Exchange of Financial Account Information, on 3 June 2015, for the purpose of implementing the Foreign Account Tax Compliance Act (FATCA) introduced by the United States. Indian financial institutions are required to identify, establish, and report information on financial accounts held directly or indirectly by US persons.

India’s Financial Intelligence Unit (FIU) has been a member of the Egmont Group, an international organisation for stimulating cooperation among FIUs, since May 2007. As per its annual report 2017-18, FIU-IND has signed bilateral memoranda of understanding (MoUs) with 39 countries, with others under various stages of negotiation, to facilitate the exchanges of information concerning financial transactions suspected of being related to ML/TF.

There is little doubt that as a leader among Asian countries with strong demography, vibrant economy, India faces a range of ML/TF risks. But it has all the structural elements for an effective AML/CFT system in place. These broadly relate to a stable political atmosphere in the country, a high-level commitment to address AML/CFT issues, stable institutions with accountability, integrity, and transparency; the rule of law; and a capable, independent, and efficient judicial system.

The international agency should further take cognizance of the fact that despite tremendous pressure from investor groups the Indian government has been very cautious in proceeding with recognition of cryptocurrency. It has expressed concerns over terrorists’ growing reliance on cryptocurrencies to raise and move funds and staying alert to the threat of some digital tokens being used to further illicit activity.

Vaishali Basu Sharma
Author is an analyst on Strategic and Economic Affairs. She has worked as a Consultant with the National Security Council Secretariat (NSCS) for nearly a decade. She tweets at @basu_vaishali
Tags:
India FATF RBI National Investigation Agency
Share:
Share this...