Why U.S. Foreign Aid to Bangladesh Must Not Reduce 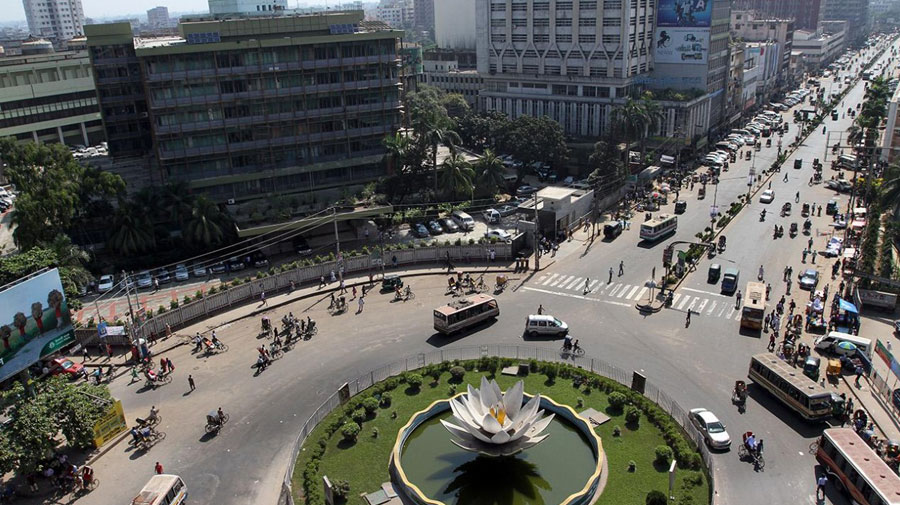 Being the 8th most populous country, Bangladesh is one of the poorest countries in the world. Since its economic and geopolitical position has always been uncertain, numerous international organizations, agencies and donor countries have given a significant sum of foreign aid. After Bangladesh gained independence in 1971, research states that it received a net total of $24 billion as foreign assistance, which includes both grants and loans.

In 2017, the Trump administration announced a major reduction in foreign and military aid t0 Bangladesh. This is a major setback on the Asian nation as Bangladesh has been partially dependent on foreign assistance since its independence. The nation faces a myriad of difficulties, ranging from severe poverty, limits to literacy, poor healthcare as well as corruption. In conjunction, the nation is afflicted by recurrent severe weather events such as droughts and floods.

As an outcome, foreign aid is essential to the growth of several industries in Bangladesh. Moreover, the efficacy of foreign assistance in Bangladesh has been doubted several times previously. The administrations are generally suspicious as to whether the assistance meets its legitimate beneficiaries. Nonetheless, many recent pieces of research have shown that foreign aid has had a positive effect on Bangladesh’s growth.  There has been a significant decline in the poverty rate of Bangladesh as the price of U.S. dollar has seen an increment of 2.5%, with the poverty rate falling from 87.70% in 2010 to 84.50% in 2016.

The Issue at Hand

Bangladesh has now fallen into the list of countries that require urgent attention from the United States. Bangladesh’s progress in pushing towards economic growth, limiting the proliferation of terrorism, and preventing Rohingya refugees from unprecedented violence by giving them shelter in Cox Bazaar can inspire U.S. policymakers to reconfigure their Bangladeshi policies.

However, after Trump’s decision to cut foreign and military aid, this will cost Southern and Central Asia. The new budget would fully end support for the four geographically placed countries in the country and slash healthcare funding by half of the South Asian region. The new budget would also abolish two types of funding – Development Assistance and Assistance for Europe, Eurasia, and Central Asia (AEECA). Furthermore, at a period of huge Chinese aid overwhelming South Asia, savings created by scrounging relatively modest quantities of aid would leave the U.S. with a narrow profile and a relatively shallow trace in this region. The new proposed budget will perhaps alter the classification of aid flow by putting an end to AEECA expenditures completely for the region, including Bangladesh.

In the past few years, the extent and proportional share of U.S. assistance to Bangladesh has gradually decreased. One big explanation for this is the drastic shift that has occurred in the US aid atmosphere over the past few years. Since the allocation of funding to the U.S. Congress decreased, it is thus not surprising that Bangladesh has received lesser aid over the years.

At a geopolitical stage, budget cuts in Bangladesh would bring the United States ahead of the curve at a period when China is increasingly growing its support across the continent – more than the United States — and for noticeable capital projects. The Belt and Road Initiative (BRI) by China has Bangladesh as one of its backbone. To be precise, China is in the backyard trying to acquire Central Asia which includes Bangladesh. Before China increases its presence, it is necessary for the U.S. to not reduce financial and military aid to Bangladesh as this foreign aid is required to in the development of various sectors in the country.

Why Aid Should Continue

Bangladesh has achieved remarkable strides over the last couple of years in main social indices like fertility, mortality rates, school enrolment for females and infant immunisation, which contrasts favourably with several other low-income nations, along with its South Asian neighbours (excluding Sri Lanka). Bangladesh has effectively eliminated polio, which also impacts a few of its friends in South Asia. While child and mortality levels remain high, their rate of change has been higher than in most low-income nations. Many of these progress in health metrics can be connected back to the strong importance given to the healthcare industry by the nation. In relation to humanitarian assistance, the Nation has also committed its own money to these fields.

Ever since Bangladesh became an independent country, the World Bank has been a prominent supporter of Bangladesh. For the policymakers and policy analysts, Bangladesh is a force of motivation as well as a potential challenge. Though the increased income, social growth and risk mitigation activities have been exceptional, Bangladesh poses formidable hurdles because of a major number of people living below the poverty line.

Moreover, Bangladesh has also obtained its Millennium Development Goals (MDGs) in fields like gender equality, and education up to the primary and secondary. While Bangladesh received fewer funding than its neighbour India, its distribution was much more directed towards early education, another factor that largely accounts for its performance in basic enrolment. Consequently, Bangladesh does have a vibrant NGO market which has emphasized the importance of developing social indices. While Bangladesh still has many more years to accomplish the rest of the goals, its improvements in social metrics are remarkable due to its decreased GDP.

After the Trump administration announced a cut in foreign aid to Bangladesh, it has been included in the category of nations that require immediate intervention from the United States. Bangladesh has also been included in the category of countries that need immediate attention from the United States. Bangladesh’s strides towards economic development, controlling the spread of terrorism, and protecting Rohingya refugees from excessive brutality by providing shelter in Cox Bazaar may persuade U.S. policymakers to reshape their Bangladeshi policies. Only with the right strategy, timely action and policies, Bangladesh will soon become a component of the middle-income group. The state budget of the United States needs to rethink better strategies as reducing foreign aid to Bangladesh is going to hamper not just the receiving country but also the host country’s relations.