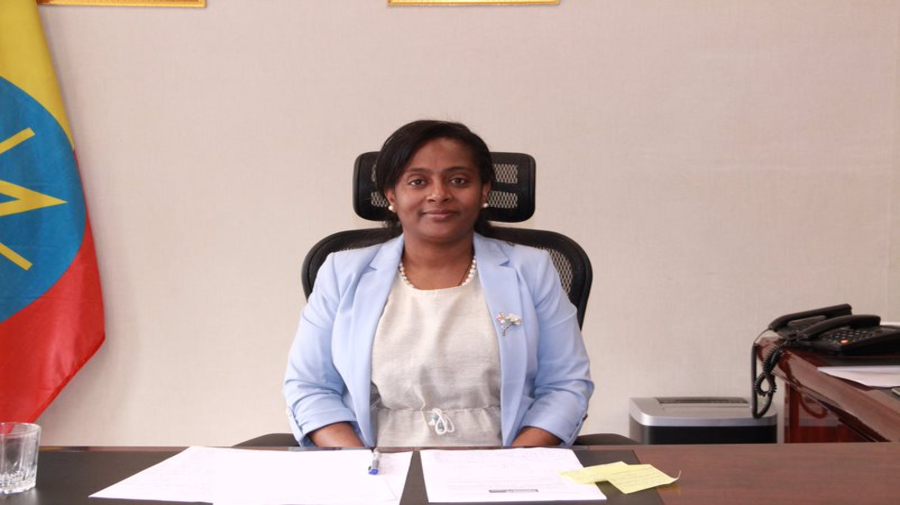 H.E. Dr Tizita Mulugeta has made her mark by endorsing business and trade between Ethiopia and India, besides connecting with several people, especially through Twitter. She has been the Ethiopian Ambassador to India since 2019. On 9th February 2021, The Diplomatist organised the first part of its Meet the Ambassador Series, this time, in collaboration with the Embassy of the Federal Democratic Republic of Ethiopia to India. Diplomatist’s Business Editor Kanchi BATRA sat down with Her Excellency Dr Tizita Mulugeta to discuss about the current situation in the Tigray region.

Q.How has Ethiopia, in your experience, but primarily from a political point of view, changed since Prime Minister Abiy Ahmed came to power in April 2018?

Ethiopia has experienced sustained growth for the last two decades. Ethiopia is one of the Horn of Africa’s most powerful country. However, in terms of politics, earlier, Ethiopia had a polarized platform. Prime Minister Dr. Abiy Ahmed had started his job of premiership at the beginning of April 2018.  Since then, he has undertaken a plethora of reform initiatives. He also introduced a multitude of political and economic reform agendas.

Prime Minister Dr. Abiy Ahmed broke with the practice of heavy-handed governance. He announced fairly extensive political reforms. Opposition parties were called to come back to the country including those who waged armed struggle, political prisoners were freed, independent media thrived and democratic institutions started to develop.

His efforts and endeavours to stabilise the region and focus on both political and economic reform, the rule of law and regulating internal markets to improve Ethiopia’s standard of living across the country has won him admiration both at home and abroad. Prime Minister Abiy Ahmed is seen as being a unifier of the Ethiopians as well as the region, proposing a model for stability and good governance in the African Horn.

Prime Minister Abiy was also awarded the Nobel Peace Prize last year for his efforts to end the long war with Eritrea.

Q.Ethiopia being one of the oldest countries that was not colonized in Africa, is truly the pride of the continent. But recent events in the Tigray region have made international headlines. What’s the ground reality? What led to the fighting?

The Tigray People’s Liberation Front (TPLF) who led Ethiopia for close to three decades as a core party within the Ethiopian People’s Revolutionary Democratic Front (EPRDF) coalition did not accept the reforms well as it lost its political base and autonomous control of the country’s economy. As a result, it was sponsoring different violence and conflicts in different parts of the country, and tried to destabilize the country, thereby creating ethnic base tensions and turmoil in the society.

TPLF never supported the philosophy of ‘Medemer’ which means ‘Coming Together.’ On November 3, 2020, the Tigray People’s Liberation Front (TPLF) violently attacked The Ethiopian National Defence Forces’ (ENDF) positions in the Northern part of the country. This act was inhuman and against the sovereignty of the country. The government as being a responsible body to defend the sovereignty of the country undertook a three weeks law enforcement operation. Our government succeeded in containing the violence in the region. The situation is now under control and the government started the rehabilitation and humanitarian programme successfully.

Q.What is the most pressing priority for the Ethiopian government, at present in order to win back the interest of the investors?

The Government of Ethiopia is working towards the success of humanitarian assistance and rehabilitation in the Tigray region. It was engaged in safeguarding the rule of law while advocating peace, healing to many of our ailments as a nation. As a symbol of its commitment to peace and security, the government established a new Ministry of Peace and set up a new Peace and Reconciliation Commission. Not only that, but the Ethiopian Government was also working for economic integration and stability of the region.

The Ethiopian government remained concerned by the humanitarian impact of the conflict in Tigray. We, along with our international partners are actively engaged in addressing humanitarian issues and in reconstructing infrastructures. The government has now restored phone and internet communication across the whole region. Infrastructure is also being rebuilt to enable to restart communication and transportation to help investors facilitate their operations.

I would like to say that Ethiopia is a major pillar in Africa’s peace and security architecture. Ethiopia has proudly emerged as the fastest grown economy and has been progressively playing a more productive role in the Horn of Africa.

Needless to say, Ethiopia has become exemplary in peace building, by regaining peace with its neighbor Eritrea and mediating Sudan’s peace process.

The law enforcement operation in the Tigray region was an internal operation and has been dealt internally. However, despite the reality, the wrong narration is being disseminated in social media and western mainstream media. The Ethiopian government is extensively working on rehabilitation, dissemination of humanitarian assistance and reconstruction of infrastructure in the region. Ethiopia is a stable country that is working on promoting its tourist attraction areas and investment opportunities to the world and attracting investment.