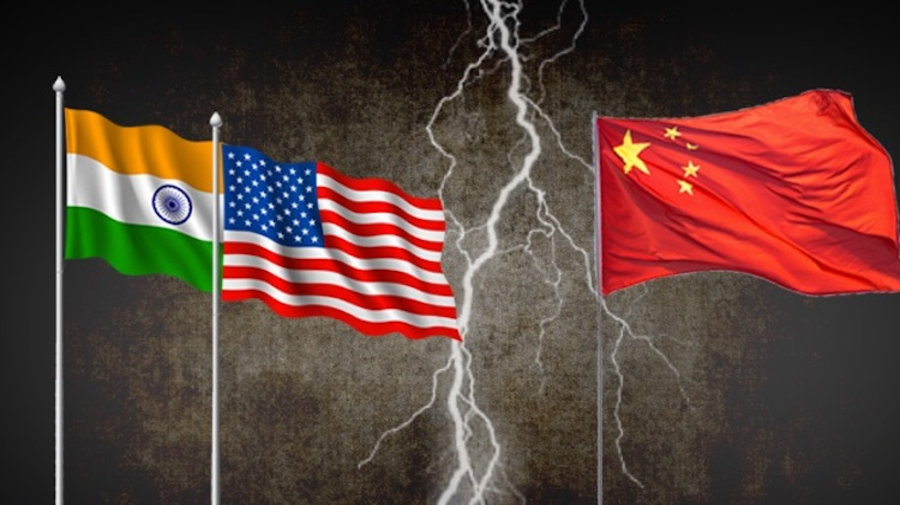 Since the turn of the millennium, coinciding with the realisation that the Cold War had ended, the geo-political and geo-economic centre of the world shifted from the Atlantic Ocean to what is now called the Indo-Pacific Region. Since then, much of India’s worldview too has been dominated either by the prism of the India-China-US triangle or what the India-US relationship means for New Delhi’s engagement with an assertive and once adversarial neighbour, namely, China, and vice versa. Deep-seated Indian suspicions were proved right with the Chinese aggression, first in Doklam (2017) and now Galwan (2020). The genesis of the triangular discourse, though going back to the long lost pages of history, can be pegged to the Indo-US Civilian Nuclear Agreement of 2005 and the subsequent rewriting of the established global legal norms on nuclear trade, through an exclusive one-time waver in India’s favour. Prior to the rapprochement between New Delhi and Washington, the nature of the India-US bilateral relationship bordered on lukewarm civil cordiality and lacked real meaning.

The ‘Nuclear Deal’, as it is known. was not only a technical arrangement between India and the US to open up bilateral and multilateral engagement in what was otherwise a restricted club sans India, but it also marked a very substantial shift in the nature of bilateral political ties. Until 2005, India-US ties were seen within the larger context of South Asia and Washington’s role in balancing its relationship with India and Pakistan and also in playing the role of a self-designated referee or peace-broker with the aim of limiting hostilities between the other two.

The deal marked a new chapter in India-US ties, and more importantly, de-hyphened the US’s South Asia ties. Until then, the American outlook towards South Asia was to balance its engagement with India and Pakistan, and also maintaining parity between the two, as Washington saw fit from time to time. The Deal was also the first substantive step in which the US delinked the Pakistani factor in bilateral ties with India.

Despite China expressing its misgivings while making a one-off exception for India and its veiled lobbying for Pakistan to be admitted into the exclusive global nuclear club, bilateral ties with India was to take a new turn. By the beginning of the new millennium, New Delhi and Beijing had compartmentalised their bilateral ties, wherein political disputes were set aside and cooperation in other areas were fostered especially economic and trade engagement. It was also around this time that the Chinese economic miracle was being recognised, in terms of GDP growth and as a global economic factor – and more so, as a potential player in guiding the evolving post- Cold War global order. Realising this, the US proposed a Group of Two (G-2) arrangement as an informal forum for engagement with China for the first time in 2005. G-2 aimed at not only averting a possible neo-Cold War between them two but also the two acting in partnership to address global challenges. Despite the initial buzz around the G-2, the framework failed to pick up momentum and is already forgotten.

By the turn of the second decade of this century, the ‘pivot ’or ‘rebalancing’ towards Asia became the cornerstone of America’s world outlook. The ‘Pivot to Asia’ also resulted in the US deepening its engagement with some countries in the region, of which the most notable were Australia, India and Japan. Despite initial hesitation, this grouping, called the Quadrilateral Security Dialogue, or Quad, aimed at creating an ‘Asian Arc of Democracy’. The Quad, despite its ambivalent intent, was seen as an anti-China forum with the aim of limiting Beijing’s global influence.

By the very nomenclature, the term ‘Indo- Pacific’ addressed the China angle, with the latter’s Asian origins and dominance and a Pacific presence on the Ocean front. Beijing’s initial reservations towards the Quad have only been reinforced further by a series of developments. The most visible of this is the ‘Malabar Naval Exercise’ in the Indian Ocean, which began as an India-US bilateral but now includes all for Quad nations. The similarity in the language of the four nations in their vision of preserving a ‘rule-based normative order’ and the importance of ‘freedom of navigation’ could not have been missed, especially after China became avaricious and adventurous on the South China- East China sea fronts.

At the Tri-junction of the Triangle

While initial reservations about China were largely driven by the role that it would play in the international arena with its new-found economic clout, the geopolitical outreach of Beijing backed by the strength of its economy became the raison d’être for growing anti-China sentiments in many capitals of the world, not stopping with those of the Quad.

Even before China announced its ambitious world view and inaugurated the ‘Belt and Road Initiative’ (BRI), it had marked its global presence through investments in infrastructure projects across the Third World, especially in developing ports in the Indo-Pacific Region. Along with this, the presence of the Chinese navy, especially of its submarines in the distant waters of the Indian Ocean in the guise of anti-piracy operations, for which the naval asset was the most unsuitable, only cemented inhibitions among countries, beginning with the Quad and including those in South and East Asia and Europe.

However, the prospects of a power play in the Indian Ocean Region then, followed by the mere identification of the Indo-Pacific Region resulted in changing the global centre of gravity from the Atlantic. It was in this context that the other three nations of the Quad led by the US recognised the role that India as a resident mid-power can play in the region.

The importance of India is in its being geopolitical and military counter-weight to China, and also in being an alternative investment destination, followed by its inherent capabilities to becoming another driver of the global economy, like China earlier. For India, given its inherent reservations about China, accompanied by long pending bilateral disputes and new opportunities for foreign investments, along with the need to safeguard the ‘strategic sphere of influence’ from Chinese encroachment, did make concepts of both the

Indo-Pacific and the Quad an inviting proposition. With overlapping interests and concerns along with the perception of a limited role that the nations of East Asia could play in shaping the evolving Asian security order did result in India, China and the US being seen as the drivers of the region’s security architecture.

Over the past couple of decades, New Delhi has succeeded in de-hyphenating the global perception about India and delinked itself from being equated with Pakistan. The greater success has been in making the Islamic world, too, to accept the new construct, and even make the influential among them, like Saudi Araba, to move away from Pakistan, in recent months. However, being hyphenated with China or the US or any other country is going to be an issue for India. This is because India’s principled foreign policy dynamics have evolved around the idea of sovereign independence in decision-making and strategic autonomy in military matters. In this, the driving force behind ‘strategic autonomy’ is not limited to India’s perceived sense of sovereignty. It flows even more post-Independence India’s premier investment in pursuing an independent foreign policy.

An ‘independent foreign policy’ has been the guiding principle for the Indian establishment since the very inception. For, such a course does provide India with an opportunity to pursue bilateral relations with all nations without holding them hostage to third-party intervention. This is because India does place a premium on the uniqueness of its bilateral ties with all nations of the world and would strive to maintain the special bond that comes with it. It was for this very reason that India once championed the Non-Aligned Movement in the past – and from which it does not want to walk away since. In the case of China and the US, New Delhi does have points of divergence and convergences of interests with both Beijing and Washington. While the evolution of India’s bilateral ties with both nations has been independent of each other, it is a strongly held belief that India should not either become a pawn in the power- balancing game of others, the US in this case, nor should it become a victim of such manoeuvring, in the end. Thus, there is a growing need to take a closer relook at India’s engagement with both China and US, and at the bilateral-level and not in terms of a hyphenated trilateral equation– and early.