Joe Biden, China And The Indo-Pacific 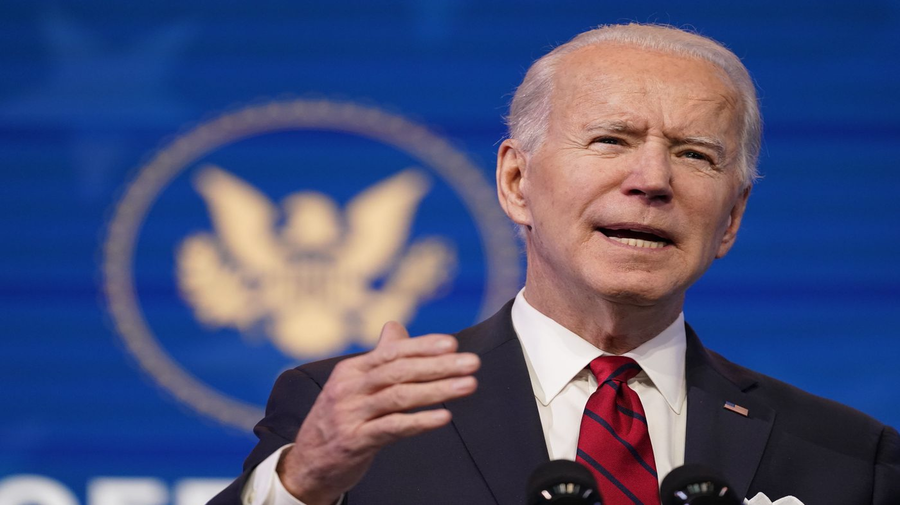 China’s Global Times, a mouthpiece of the Chinese Communist Party recently contented “Trump’s defeat in the election does not mean an end of the Indo-Pacific Strategy. Biden is anticipated to adopt a similar way of thinking, although the name of the regional strategy may be different.” The Indo-Pacific, which stretches from the West coast of the United States to the West coast of India, is a primary theatre for US-China strategic competition. For China, the waters of the Indo-Pacific region offers an important route to secure its energy requirements as well as enhancing its economic and maritime influence. For the United States, the region remains central to sustaining its primacy, securing its allies and countering the rise of China. In what ways, the onset of the Biden administration in the United States will affect Washington’s approach towards the Indo-Pacific and its policy towards China remains a matter of debate. In this context, the article attempts to analyse the probable US approach to the Indo-Pacific in the new American presidency and its implications for the state of US-China relations.

With the change of leadership in the United States and the Biden administration taking charge there, the Policy making and the strategic community elites across the world will be keenly following the direction of US foreign policy. Given the nature of the US China relationship playing out in the Indo-Pacific and its consequence for the global order, both friends and foes of the United States will be closely following the changes and continuities in America’s Indo Pacific strategy and the China factor in this regard.

Strategic minds in China seem to realise the salience of alliances in America’s policy framework and seem to contend that the new President of the United States also might work on the same strategy of strengthening its alliances and building new partnerships with the aim of countering China’s influence. This seems to be the reason behind China augmenting its outreach activities, which can be seen in recent visits made by the Chinese foreign minister Wang Yi to Japan and South Korea.

On the other hand, the Quadrilateral Security Initiative also called the QUAD, which involves the United States, Australia, Japan, and India is getting organized and strengthened to face the Chinese aggression and expansionist approach in the region. The ‘Malabar Exercise’ will now constitute all the members of the Quad and it is being taken as an important step in this direction. The recent escalation in US-China tensions and the Chinese aggression in the Himalayas which brought India closer to the United States are some of the reasons which can be taken into consideration while analysing the strengthened stance of QUAD.

Much of Biden’s campaign was focussed on criticizing the China policy of President Trump, including the outcomes of the US-China trade war. During the recent Presidential campaign, Biden famously commented: “China is going to eat our lunch? Come on, man … They’re not competition for us.” However, this remarked received a lot of criticism in the United States, reflecting the strong sentiments against China that has developed there. Therefore, given the prevailing anti-China sentiments in the US, it would be hard for Biden to take a softer approach towards China. While speaking to some of the Asian leaders, Joe Biden ensured the heads of states that the US is going to be in the game for a longer time. He ensured Australia and India that the United States will continue its commitment to work towards a safe and prosperous Indo-Pacific. He expressed his will to strengthen the bilateral relations and promote greater cooperation with the South Korean President, and while speaking to the Japanese Prime Minister,he underlined that US-Japan ties will be reinforced. China’s overall political, military and economic actions have caused deep concerns among countries of the Indo-Pacific region and its aggression even during the global pandemic have put in a bad light. Therefore, Joe Biden’s China policy and his approach towards the Indo-Pacific is likely to continue on similar lines, because any dramatic shift is bound to cause repercussions.

The revival of the Quad after a decade of its birth and quick death in 2007 has ignited new debates on the strategic equations evolving in the Indo-Pacific. Talking about India specifically, the Trump administration had put India in the Centre place. If Biden decides to conduct the foreign policy in the ways as it was during the Obama era, then converging US China interests will have a shrinking effect on India’s importance for the United States to some extent.

The possibility that Biden might face external pressure from regional powers also cannot be denied as they have supported and championed the Indo-Pacific construct over the past few years. The US-China trade war has also contributed its share in complicating the regional dynamics. The finalization of the Regional Comprehensive Economic Partnership (RCEP) is clearly visible as a counterweight to America’s economic presence in the region. However, the Biden administration can pave its way to deal with these challenges as the consensus regarding Chinese aggression in the Indo-Pacific has been growing significantly.

President Trump is often criticised for his nontraditional foreign policy approach. Some even feared that he might even withdraw from NATO. However, the fact cannot be underestimated that the warmth in Indo-US relations, which comprises closer collaboration on defence and intelligence sharing issues, the 2+2 ministerial dialogues and many other security agreements, have been significant contributions of the Trump era foreign policy. Besides, there have been significant developments in America’s relations with Asian countries like Vietnam and Taiwan opening new chapters in how the United States intends to deal with an aggressive China and partner not only with traditional allies but also with also like-minded partners.

Considering all these, the precise course of developments in the Indo-Pacific and the approach of the Biden administration remains to be seen. No, doubt the US involvement and the broader continuity will be seen for sure. China will remain United States’ foremost competitor and primary threat as well. Therefore, the United States in all likelihood will have to sustain its traditional alliances, cement new partnerships and find some non-military economic means as well to counter China’s aggressive rise.

Uday Patil
Author is a Dr. T. M. A. Pai Doctoral Research Fellow at the Department of Geopolitics and International Relations, Manipal Academy of Higher Education, Manipal (Karnataka), India. He holds a M.Sc. in Defence and Strategic Studies from Pune University. He can be reached at udaypatil5121@ gmail.com
Tags:
India USA Indo-Pacific China
Share:
Share this...