India and Ethiopia: Historical relations and prospects for the future 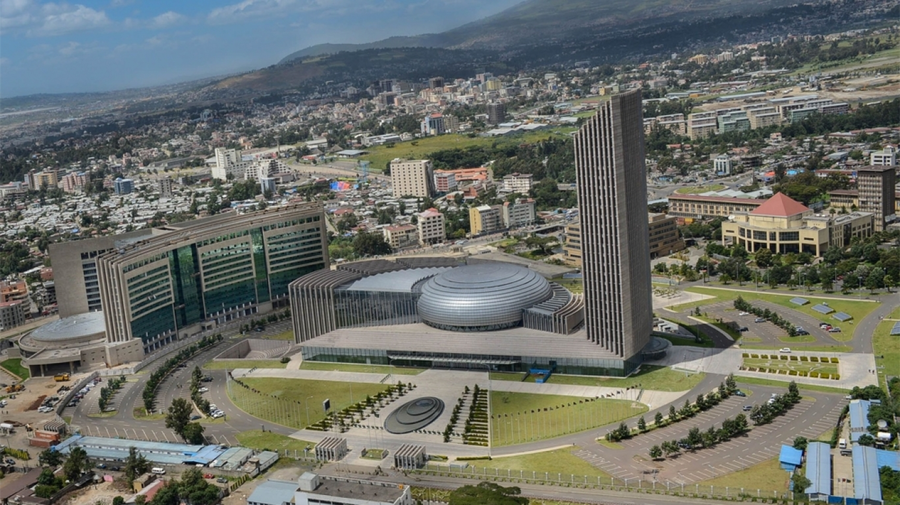 The two countries of India and Ethiopia share long historical roots, with some scholars dating this back to 2,000 years ago. At that time, the peoples of the Kingdom of Aksum (Axum), regarded as the predecessor state to modern-day Ethiopia, reportedly used the Port of Adulis, on the Red Sea, to trade with Indians. The Aksumites imported spices and silk from India, while they supplied India with such items as gold and ivory. At the close of the 15th century and the beginning of the 16th century, there was increased traffic of Europeans going to India to conduct trade. This started with the sea voyages of Vasco da Gama in the 1490s. The Portuguese, especially Christian missionaries, reportedly took Indian technicians to Ethiopia, where they assisted in the construction of prayer houses and other related structures. In more modern times, it was during the late 19th century, that Indian teachers and business personnel settled in Ethiopia. Current figures indicate about 8,000 peoples of Indian origin resident in Ethiopia. The relations between India and Ethiopia have gone from strength to strength. In modern historical terms, these relations have progressed beyond the early economic transactions, but also included political, technical, and socio-cultural exchanges. These will be discussed in this article, including analysis and projection of what the future must hold for these two countries.

Colonial Era Experiences and the Struggle for Independence

As modern European colonial empires ensued, the two countries were also subjected to European colonial intrusion. For the Indians, the period was longer, as the British ruled there from the mid-18th century to the mid-20th century. For Ethiopia, it was the Italians, who attempted to colonize Ethiopia in the late 1890s, when they were repelled. The peak of their cooperation was none other than the Asian-African Conference held in Bandung in 1955, where both countries sent representatives as members of the Non-Aligned Movement (NAM). That conference made its mark in fully supporting the “right of self-determination” for all peoples of Asia and Africa. Aside from the fight for independence, at Bandung, the following terms were agreed upon: The promotion of economic development and cooperation in the Asian-African region; the provision of technical assistance to one another, in terms of personnel and other expertise; the promotion of inter-continental trade; and cementing the cultural ties between the peoples of the two continents; among other key issues. As such, the history of the decolonization of most of Asia and sub-Saharan Africa would be incomplete without including the input and efforts of the leaders of India and Ethiopia.

Long-term Postcolonial Relations and what the Future Holds

Initial talks to establish official diplomatic relations between the two countries began in 1948, and two years later, this was made official, when Ethiopia sent Ato Amanuel Abraham as its first ambassador to India. That made Ethiopia become the first African country to open an Embassy in New Delhi, the Indian capital. On the other hand, India designated and sent Sadar Sant Singh as its first ambassador to Ethiopia.

From then onward, the relations have gone through several phases. During the reign of Emperor Haile Selassie (1941-1974), the relations were very close. The Emperor encouraged numerous Indian teachers to work in Ethiopia especially in the rural areas, helping to improve levels of literacy. During the current democratic dispensation in Ethiopia, from 1991 to now, followed by economic liberalization policies, the relations between the two countries have been very cordial. During these phases, there have been high-level bilateral exchange visits by the leaders of the two countries. For instance, Emperor Haile Selassie visited India in 1956, 1959, and 1968. In 1983, Haile Mengistu Mariam, the Ethiopian leader, also visited India. On the Indian side, President Sarvepalli Radhakhrishnan also visited Ethiopia in 1965. In 2011, Prime Minister Manmohan Singh also visited Ethiopia. Ethiopia has also been sending high-level delegates to India-Africa summits when these are held in New Delhi. Similarly, Addis Ababa was also a host of the 2011 India-Africa summit.

In the post-Cold War era, both for the late 20th century and early 21st century, Indian and Ethiopian relations have occurred at multiple levels, leading to the signing of some of the following agreements: Air Services Agreement (1993, 2004, and 2008); Trade Agreement (1997); Agreement on Cooperation in Micro Dams and Small Scale Irrigation Schemes (2002); Agreement on Cooperation in the field of Science and Technology (2007); Protocol on Foreign Office Consultations (2007); and the Double Taxation Avoidance Treaty (2011), among others. The Joint Trade Committee (JTC) agreement, signed in 1997, has seen the blossoming of trade ties between the two countries. As of 2018/2019, the volume of trade indicated the following details: $713m of Indian exports to Ethiopia; and $53.6m of Ethiopian exports to India. The main Indian exports to Ethiopia include packaged medicaments, coated flat-rolled iron, and rice. From Ethiopia to India, the main products are soybeans, dried legumes, and spices.

Apart from trade, the relations are also seen at the level of education. In July 2007, the two countries signed Educational Exchange Program. This has seen student exchanges and academic expertise movements on both sides, helping reduce the levels of illiteracy and promotion of new technologies in the 21st century. There are also cultural exchanges between the two countries. This has seen cultural and dance groups from the two countries travel to perform. The list includes the Gujarati Dance Troup, Bihari Dance Group, and Goa Dance Troup, which have also at some point performed in Ethiopia. In 2013, the Ethiopian Embassy in New Delhi also opened a cultural center, helping cement the cultural relations between India and Ethiopia. All these relations have been made possible by the outward-looking policies of the Indian government. More recently, the current Indian Prime Minister, Narendra Modi, promotes the policy of “multi-alignment,” which has helped to improve the India-Ethiopia relations, as well as with the rest of Africa. This policy is built on the Indian government’s role to engage with several regional multilateral institutions and the use of strategic partnerships with allies, including those in Africa.

The future is certainly bright for the India-Ethiopia relations. I propose that more cooperation be conducted in the following areas: firstly, there is a need to cement democratic processes and freedoms in both countries. Of late, Ethiopia has experienced challenges in the north-eastern region of Tigray, where reportedly state troops have massacred civilians. India must take the lead in condemning such acts, including supporting freedoms of assembly and self-determination. The second area is that of health and medicine. India is well-known for its advances in the pharmaceutical field. This could help Ethiopia, especially now that we are experiencing the global COVID-19 pandemic. Indian made vaccines could help save many Ethiopian lives. As Ethiopia’s economy is largely agro-based, India can also be a reliable source of such agricultural inputs, including hybrid seeds, fertilizers, and chemicals. Indian made farm machinery could also relieve the Ethiopian farmers from using the crude hand-hoe. In Ethiopia, agriculture accounts for about 80 percent of total employment and about 50 percent of its GDP, and reportedly 85 percent of that country’s export earnings. India must look to Ethiopia as a land full of investment potential. This includes such areas as ICT, renewable energy, aviation, agriculture, food processing, chemicals, pharmaceuticals, cement making, and tourism, among others. Long may these relations continue.

Senthilvel, Srinivasan, “Economic Association of Ethiopia and India: An Introspection,” (2020).