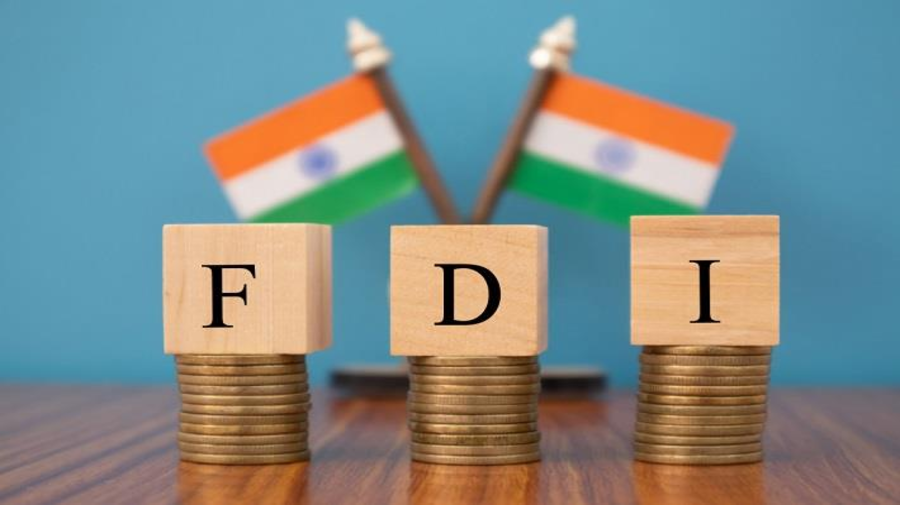 The pandemic that the world is facing for a year now has brought tremendous changes in the spheres of economics and geopolitics especially, away from China.

With anti-China feelings, many countries planned to shift their manufacturing units from China to other countries. This can be observed as one of the benefits India has had during the pandemic era. It has observed the largest inflow of FDI.

Commerce and Industry Minister, Piyush Goyal said that the increase in FDIs into India in July-September 2020 to $28.1 billion indicates global investors’ preference for the country’s enabling environment despite COVID-19. From East India Company, initially, a profitable trading company investing in India in the pre-independence era to post-independence a huge inflow of worth $500.12 billion between April 2000 to September 2020, India has been witnessing a journey of FDIs with lots of ups and downs. FDI has been an important monetary source for India’s economic development post- 1991 reforms.

The on-going pandemic has pushed many economies across the globe into recession. The earlier recession experience showed a V-shaped recovery, the services bounced back very quickly compared with manufacturing. However, this time manufacturing bounced back much quicker than services. As the services are dependent on social distancing that had to be maintained during pandemic times. The worrisome fact is that the FDI in India is concentrated more in the service sector. In the last twenty years from 2000 to 2019, the services sector, computer software and hardware, trading, and real estate sectors collectively accounted for almost 40 percent of FDI. There is a heavy tilt away from manufacturing.

Moreover, India has not been able to direct FDI and distribute its consequent benefits evenly across its geographical territory. Out of 28 States and eight Union territories in India, a staggering 96.47 percent of the FDI inflows in the last five years were received by only six zones of Mumbai, New Delhi, Bangalore, Chennai, Ahmadabad, and Hyderabad.

The impact of the COVID-19 has made us realized to reorient the role of India in the global supply chain and focus on receiving the FDI inflows in manufacturing equally as of service sector for the growth of the economy.

Speaking at the 93rd annual convention of industry Chamber FICCI, Tata Sons Chairman N Chandrasekaran said, “In the past, India has often struggled to grow manufacturing as a percentage of GDP, now there is remendous and limitless opportunity for India in the aftermath of the coronavirus pandemic”.

Also, as India plans to lead the economy with export-led growth and become another assembling nation like China or other Southeast Asian countries that would provide marginal or net income to the economy. On the contrary, it should focus on producing goods with the help of FDI. The way Maruti and Suzuki’s collaboration and innovating techniques boosted the domestic market of the automobile sector, other such sectors need to be identified and accordingly, steps should be taken.

Production through Research & Development (R&D) is the key to leverage maximum benefits out of FDIs for longrun growth. As rightly suggested by the Prime Minister, Narendra Modi at ASSOCHAM Foundation week, 2020 that Indian industries should increase their investments in R&D especially in sectors like agriculture, defence, space, energy, pharmaceutical and transport sector.

The importance of innovation for an emerging economy like India has been described as the ‘affordable excellence for all’ by the Former National Research Professor, Dr. Raghunath Mashelkar in his book ‘Reinventing India’. He suggests that ‘I’ in India, IITs, IIMs, CSIRs and every individual should stand for ‘innovation’. Further, he recommends easing the process of ‘idea to product to market’.

On this ground, and to gain maximum benefits out of the prevailing situation, the Government of India has already launched the Product Linked Incentive (PLI) scheme under which 10 sectors have been identified to enhance manufacturing capabilities and exports of India. Incentives provided under this scheme aim to boost the domestic investment that has been lagging behind for a period of time.

Similarly, foreign companies having a plant in India will be eligible to receive incentives under this scheme. In order to further encourage them to perform their R&D in our country, some offers such as sharing the salaries to reduce the burden on their profit and loss as done in the auto sector in Thailand and Malaysia should be given.

India will have to work on the infrastructure and logistics front to receive FDIs in the manin the projectsufacturing sector and be an active member of the global supply chain. There are various projects initiated by the government but limitations such as inadequate capital and technology, Centre-State government disagreements regarding the distribution of investments and funds cause a delay in the projects.

For example, Petroleum, Chemicals and Petrochemicals Investment Region (PCPIR) Policy, 2007 proposed to develop four PCPIRs Dahej (Gujrat), Vishakhapatnam-Kakinada (Andhra Pradesh), Paradip (Odisha), and Cuddalore (Tamil Nadu). Due to a wide range of issues such as financing the projects (earlier solely depended on the State governments), attracting investments, these projects have been delayed for a long period of time.

However, the Government of India is aware of such difficulties. Hence, understanding this hurdle, the GoI is planning to attract funds through the National Investment and Infrastructure Fund (NIIF) in the infrastructure sector as told by the Finance Minister, Nirmala Sitharaman.

The finance minister said that tax concessions offered have attracted several sovereign funds and pension funds are keen to invest through FDI in infrastructure projects outlined in the National Infrastructure Pipeline (NIP). In conclusion, India is already working on attracting significant FDIs, it should continue working on it by creating a globally competitive environment for business through innovative policies, and strengthen the R&D in both manufacturing as well as the service sector. Further, it should resolve the domestic issues and restart working on various strategically vital infrastructure projects in the different geographical regions as this would reduce the inequality in reaping benefits of FDI to develop the economy post-pandemic.

Vaibhavi Pingale
Author is an independent economics researcher based in Pune. She has pursued Masters in Economics from Symbiosis University and has varied interests such as labour and development economics, macroeconomics and water.
Tags:
India FDI pandemic Indian economy COVID
Share:
Share this...