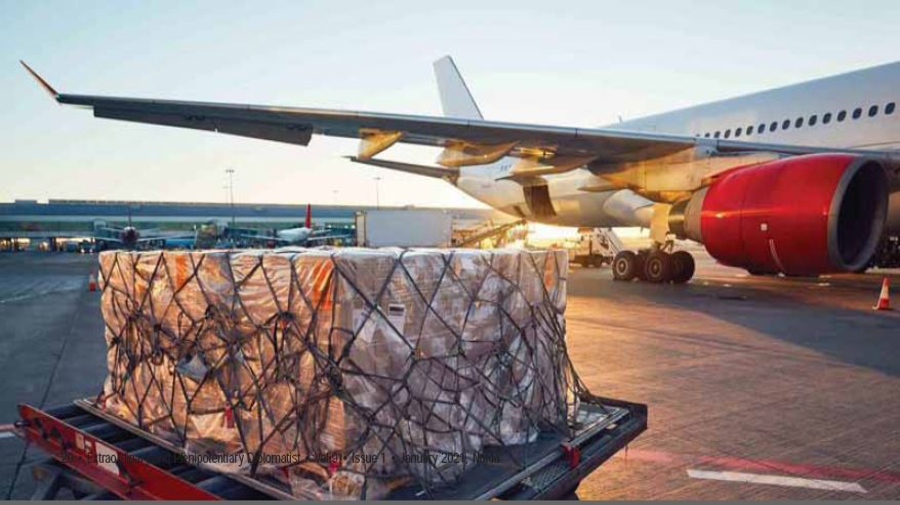 COVID-19 global pandemic also known as Coronavirus has halted the pace at which the global economy was moving. According to UNDP, it is the global health crisis of our time and the greatest challenge we have faced since World War II. COVID has turned out to be a global pandemic with about 83,715,617 cases worldwide, which is for sure to affect the relations between nations. It has severely affected the functioning of all the wheels which every nation needs to move forward. And altogether, also affected the relations between countries. Some in a positive way i.e., India & US and some in a negative way between China & US – also a number of other economic powers & China.

After India’s independence, the graph of relations between US-India has never been as stable until 1991. The relations between the world’s two largest democracies have been overshadowed in the past by a number of factors:

But, after the fall of the USSR, India’s LPG reforms led to closer relations between both nations. Another issue between the two nations was the 1998 Nuclear test. But India’s rising stature in global politics couldn’t keep USA away from India. Since then, the graph of Indo-US relations has been moving up.

Especially, after the coming of Indian PM Narendra Modi in 2014 and US President Donald Trump in 2016, relations between both the nations have reached new heights. Bilateral visits by both the leaders as well as the top officials of the governments of both nations is proof of these healthy and growing relations. India-US both share similar democratic values and also parallel views on bilateral, regional and global issues which has developed into a ‘global strategic partnership’. But there have been a few shortcomings too, which we will be discussing below.

Impact of COVID-19 on India-US relations

COVID-19 has not only created worries for the nations economically but also politically. But it has been a boon to the relations of the world’s oldest and largest democracy. As Richard Rossow of CSIS, calls it ‘Opportunity through crisis’. And I totally agree with this view.

The deceleration of the Indian growth rate to 4.2% in 2019, even before COVID-19 has been the factor behind the emphasis on ‘Atmanirbhar Bharat’. This new policy of Modi governments protectionism was not liked by the US administration. It was considered negative for the globalised world. And USA, penalized by withdrawing the trade privileges enjoyed by India. These trade privileges were under the Generalised System of Privileges program (GSP). Though it was later on even said by MEA, that Atmanirbhar Bharat was not about protectionism but to develop India’s internal economy. On the other hand, Trump’s policy of ‘America First’ has been totally opposite of America’s policy of globalisation.

But after COVID-19 turned into a global pandemic, both countries realized that following such isolationist policies won’t help. One such case that can support this view is India’s support to US in the form of the export of Hydroxychloroquine tablets during COVID-19. Another case is, that both countries have been closely working on developing the vaccine. Here, Bharat Biotech has collaborated with American Pharma company FluGen and the University of Wisconsin to together develop an intranasal and COVID vaccine. Strong pharma ties amidst this pandemic have soothed the recent trade tensions between the two nations.

Another such impact of COVID-19 on Indo-US relations has been due to China. The doubt that the virus started in China’s Wuhan lab and spread all over the world and the Chinese did not disclose at an earlier stage brought nations together.

Also, China’s growing prowess has not only troubled India – it’s neigbour, but the Western powers too. The growing territorial aspirations of China i.e., the recent LAC standoff even during the ongoing global pandemic is a living example. This has been a silver bullet in Indo-US relations taking into account trade-related issues which started showing up in the latter half of 2019. The coming of the Quad has been the outcome of Chinese aspirations. The concentration of Quad on enhancing supply chain resilience has also been an important impact of COVID-19 on Indo-US relations. This impact has been a positive one in the sense that one – it has made these nations realized that isolationism can’t be considered an option today, second – both Indo-US need to enhance their partnership in the Indo-Pacific region and develop a strong commercial partnership.

During the global pandemic, one such major concern that ascended was concern about disruption of IT-enabled services to US companies. This was a question of worry on one side but also a realization that both countries share a deep relation. The IT sector of both nations is so intertwined that even a pandemic cannot affect it in a negative sense.

Overall, when we talk of Indo-US pandemic has acted as a boon for their relations. As before COVID-19, the dark clouds of protectionism were hovering over the relations of these two nations. And the pandemic has made them realise that both countries do need each other. Their commercial relations are deep. And also, a number of sectors like Information technology, defense, nuclear technology, pharmaceuticals etc. where a lot of work needs to be done.

The relations between these two nations have been transformed into being ‘natural partners’ and the COVID-19 pandemic has actually made this claim legit. Even though there have been a few downs too i.e. Trump did warn India of retaliation with regard to export of Hydroxychloroquine. But this hasn’t affected their relations, in fact, I believe it has made it stronger. It has made US realise the importance of this Rising Asian Elephant.