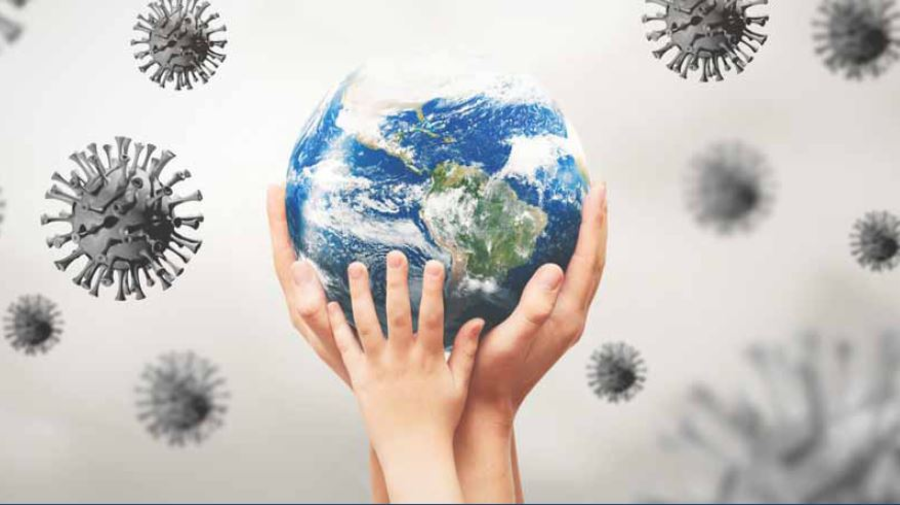 The impact of the COVID-19 on multilateral diplomacy is bountiful. The viruses overlook national borders, and COVID in our interconnected world has generated unprecedented worldwide disturbance that has impaired one-third of the world economy and caused the biggest economic collapse following the Great Depression. The global pandemic has further hit regional integration, free movement and trade as new rules have gradually come into action creating an increasing threat to global peace and security.

Interpersonal interaction has been the “lifeline” of diplomacy that diminishes the boundaries and builds trust among the countries. Multilateral diplomacy has mostly been a complicated process, and post-COVID it has become more complicated. Diplomacy has moved to “Virtual diplomacy” through teleconferences that have become the new means for multilateral diplomacy where face-to face meetings have become rare. The pandemic has distorted the setting of informal talks and interpersonal interactions, which are indispensable components for the advancement of multilateral diplomacy. Also, when the world required a more synchronized global acknowledgment, the one sided responses of the nations have challenged the idea of the new multilateral diplomacy that has led to a lack of trust in it. The impact can be seen through the present state of multilateral organizations that have aggravated their decline. For example, the World Health Organization (WHO) has made the world to question its accountability and effectiveness. The blame game in world politics has also taken a dominating edge in almost all the multilateral diplomatic discussions on the pandemic. The absence of face-to-face meetings has also made nations like China to exploit the pandemic crisis in order to undermine the key United Nations (U.N) bodies.

The 20th-century multilateralism saw shuttle diplomacy, summit diplomacy and hotline diplomacy that became mainstream diplomatic means. The metamorphosis of diplomacy has been characterized by three criteria, combining to modify and renew diplomatic mode, which includes technological/ social change, human resources to utilize it, and financial aid and recognized need. The pandemic in the age of “Artificial Intelligence” and  “Digital Diplomacy” has paved the way for new normal multilateral diplomacy in the 21st Century. Countries are now investing financial resources to develop infrastructure to support “video conference diplomacy” with task-specific adjustability, state control and security. However, challenges such as inefficiency, unevenness and debasement, leading to a disinclination to earmark resources to the multilateral diplomacy needs to be addressed.

The pandemic has made it clear how interconnected the world is and how important global co-operation is to handle international challenges. Some developing countries already have weak health-care systems, without access to clean water for all, or functioning safety nets and COVID has made it more devastating. As per a recent World Bank report, COVID has set off the first recession in sub-Saharan Africa in 25 years. While the pandemic is simply out of control in the U.S, Europe, Japan and parts of Asia, the new strain that has devastated the U.K economy at present and brought life to a standstill with the new lockdown being imposed, has been gradually spreading to other countries. The European Union (EU) however, is doing its part to mitigate and to overcome COVID by taking necessary measures to decrease the debt load of more affected nations. China is surprisingly recovering from COVID gradually and India has recently administered the vaccine to battle the COVID cases.

The pandemic has dived the world economy into a deep mess where it has continued to claim millions of lives devastating the livelihoods globally. Though nations have taken unipartite measures and are self-isolating to tackle the pandemic crisis, it is crucial to note that only a cooperative global rejoinder can address the pandemic and its outcomes. The deep impact of the COVID is a wake call for world powers and countries to strengthen an open world economy, improve macroeconomic coordination, and simultaneously manage supply chains and industries. The pandemic presents both a hurdle and an opportunity for nations globally. There is a need to further bolster the call to reshape the multilateral establishments.

The “New” Multilateralism of India

India has emerged as a leader of ‘New Multilateralism’ following the COVID-19. It has benefited from a comparatively peaceful multilateral and rules-based system where the economic growth was notably the outcome of the synthesis of the global economy, especially with developments in the realm of commerce, trade and technology. The country’s dedication to a more comprehensive, more equitable global economic construction makes it a conceivable contender to mould the future of multilateral diplomacy.

India’s reputation arises from its geopolitical sway. As an emerging superpower, India plans to become the third-largest economy in the near future and has set itself a goal of becoming a five trilliondollar economy by 2022 as it celebrates its 75th anniversary of Independence.

Prime Minister of India, Narendra Modi has placed India as a “humanitarian leader” in the pandemic by gaining support for his initial coordinating work across regional, bilateral and multilateral aspects by urging the G20 heads to promote a new human-centric vista of globalization instead of an economic centric one. India’s turn to host the G20 summit in 2022 will be a gamechanger that will allow India to set internationally an important plan for a new multilateralism in the new normal. Likewise, the growing role of India’s multilateralism on the global stage will help the country in attaining a permanent place in the United Nations Security Council (UNSC).

Following the pandemic, the Indian government has followed the new way of multilateral diplomacy hosting teleconferences with South Asian Association of Regional Cooperation (SAARC) countries, G20 Summit to coordinate the economic fallout of pandemic containment measures, the Non-Alignment Movement (NAM) to examine the international administration of COVID-19. The new multilateral diplomacy through International Solar Alliance (ISA) to promote a sustainable future is also on the agenda. The present situation has further brought more all-embracing synergy among countries of the Indo-Pacific, making them reevaluate the importance of multilateral collaboration with other nations in the region.

Strategically, the “increasing role for regional organizations” and the “need to review India’s foreign policy” in the post-COVID world can be at the front focus in the near future. India as a nation is uniquely capable to perform a global leadership role in the new international order. The status of India as the largest democracy in the world and likewise as a longstanding champion of development shows its inclusive leadership. However, India requires a robust and rules-based multilateral system that will be most favorable to enhancing the country’s economy and global standing.

Looking ahead to a post-COVID multilateralism

COVID has imperiled the contemporary world order, with the rise of new power from the global south. Multilateralism is a necessity for a sustainable recovery today. The pandemic has reemphasized the significance of a multilateral path to sustainable growth along with coupling economic, environmental and economic priorities. Tackling the pandemic is a test of our humanity and requires global collaboration, solidarity and multilateral solutions. As the pandemic dust settles, one can see the elements of a new multilateral system and possibly, a new United Nations (U.N) though the change will be slow and gradual. The increasing United States-China geopolitical race can likewise disturb the relative peace in the global system.

The pandemic should create the drive for the long-overdue amelioration of the multilateral arrangement that was built following World War II. As future hurdles will remain to make multilateral mediations complex, multilateral organizations should learn to adapt to virtual diplomacy, the new normal in the post-pandemic environment. There are already unprecedented international hurdles such as the protection of biodiversity and climate change. So, keeping trade routes open and maintaining world health also requires adequate multilateral diplomacy. The multilateral order needs to be modified and change to “recover better”. COVID-19 should be a chance to build the global health security system and improve pandemic readiness, prevention and response. The association with global actors, civil society organizations, U.N, WHO, etc., is fundamental in battling the pandemic effectively.

In the struggle against the pandemic, global cooperation will be the most beneficial weapon despite the national responses, which is indispensable. Reinforcing and reforming of the organizations and mechanisms will buttress cooperation against the coming global threats. Also, the post-COVID world will pave way for a new “Miniature multilateralism” among the emerging world powers and also the Asian countries, where a new balance of power is set to develop. The coordinated global efforts can also aid in moving ahead to a V-shaped recovery (A quick and sustained recovery in measures of economic performance after a sharp economic decline), bolstering the multilateral partnership in various sectors. The world must therefore envision the notion of “Vasudhaiva Kutumbakam”, where “multilateral diplomacy”can play a prime role to suit the present global setting.