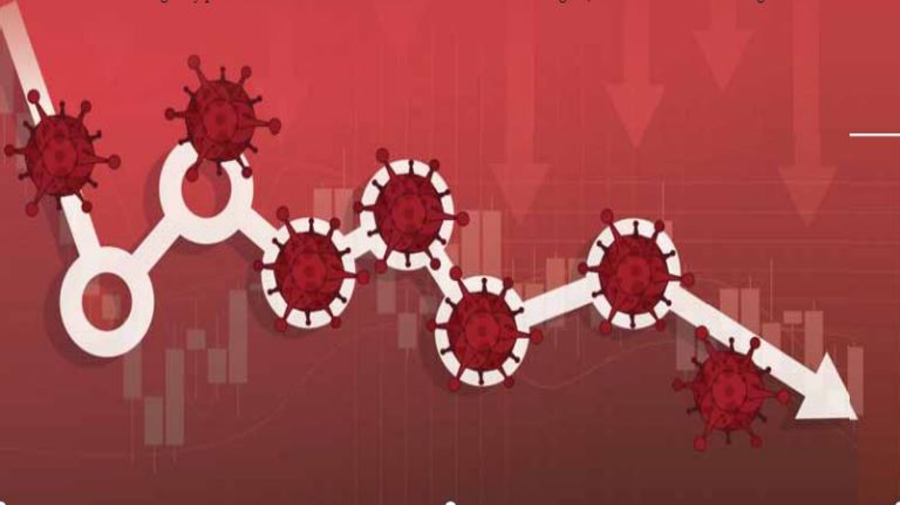 Introduction
During these extraordinary times, India needs extraordinary measures to mitigate the lurking danger attributed to the stealthy invasion of dreaded pandemic Covid-19 in early 2020 which hasn’t yet been tamed despite near about a year-long efforts, external threat to her territorial integrity owing to land grabbing hunger of northern neighbor which is world’s second-largest military power and economy while being ruled by an autocratic regime, and internal socio-political unrests thanks to political intolerance towards the ruling party that dares to correct to some extent the historical wrongs – the first of the kind attempt since independence – done to nation’s culture, politics, society, education, ethos, etc. during the centuries-long rule of external forces and hasn’t stopped despite self-democratic-rule of more than seven decades.

Covid-19 invasion and its fall out on politics

To tame the almost settled dreaded new (or one can say unknown) pandemic, the development of vaccine and its fast shot is the only solution. And the development of the same isn’t that easy or is a work of a magician. Every possible scientific effort has been put into service for the development of the vaccine. Apart from the above, the necessary urgent steps to stop the spread of contagion have been made -notwithstanding dirty politics and attack on health workers to sabotage the efforts as seen in Delhi and Mumbai among others during the early days of virus invasion – which have been appreciated by World Health Organisation (WHO) and the World Economic Forum (WEF) among others. Lately, there have been some successes in taming the spread of the pandemic, when developed countries with world-class health infrastructure such as the US and the UK among others struggling, and in the development of vaccines. In this situation, a young politician, who has so far ruled India’s largest populous state Utter Pradesh one full-terms, said, “How can I trust the vaccine, which will be used for vaccination by the BJP? We cannot get vaccinated by the BJP’s vaccine”, and added, “SP will come to power in the state after 2022 elections and everybody would get the vaccine for free.” It looks like Covid-19 is less dangerous than those who see pandemic as a political blessing in disguise.

China intrusion and its fall out on politics
India is certainly one of the convincingly successful democracies in South Asia. Elections as per the constitution mandate have been held, and the governments have been formed after each election unlike several nations in the region uninterrupted since independence. Indian democracy is a role model in the region, and other nations in the region look for India’s guidance, support and inspiration for governance and development apart from their safety and security. While India’s northern neighbor China has been ruled by autocratic Communist rulers for the last seven decades uninterrupted. Communism and democracy aren’t the same bed-fellows. Historically, Communism has been at the loggerhead with democracy all over the world. Communists assume the popularity of the European democratic system of governance might have infected the Union of the Soviet Socialist Republic (USSR) leading to balkanisation of it into several independent nations in the 1990s. Out of these fears as narrated above, China wants to destabilise Democratic India by any means if can’t subjugate. As part of this strategy, China allegedly doesn’t settle the border dispute she got with India after forcefully occupying Tibet in 1950 –the earlier buff er nation between the two-, and in May 2020, intruded into buff er zone at the LAC in Ladakh and amassed a large number of PLA soldiers with arms and ammunitions posing an eminent threat to India’s territorial integrity.

In the meanwhile, a bloody skirmish has taken place at LAC-Ladakh that caused death to 20 unarmed Indian soldiers and unknown numbers of PLA armed soldiers who forced the skirmish on former violating several agreements signed between two nations’ leaderships during past three decades to maintain peace and tranquility on the LAC. In this situation, India’s veteran politician and retired Army Officer cum strategic writer mock Indian government with verbatim such as “How about a surgical air strike in Tibet on Chinese troop establishments to avenge the death of our 20 brave jawans including a commanding officer? After all, our motto is ‘ghar me ghus kar marenge’. Or is all our bravado only for Pakistan?” and “Modi does not want war with China” as if war is a child’s play respectively.

Attempt to correct historical wrongs and related politics
Article 370 and 35A in Indian Constitution were temporary measures which have been well clarified by Dr. Karan Singh, the son of J&K’s former ruler Hari Singh who signed the instrument of accession of J&K with India as par partition of India formula laid by departing Britishers, when he said, “J&K never asked for special status, it was given by the centre”. When J&K is fast returning to normalcy and an almost peaceful District Development Council election held with relatively big voters turnover first after scrapping of contentious provisions in the Indian Constitution, many opposition leaders and civil society members talk to gift the same back to the border state forgetting what the great patriot and thinker and the father of Indian constitution Dr. B. R. Ambedkar said while refusing to draft the articles, “You wish India should protect your border, she should build roads in your areas, she should supply your food grains and Kashmir should get equal status as India. But the government of India should have only limited powers and the Indian people should have no right in Kashmir. To give consent in your proposal, would be a treacherous thing against the interest of India, and I, as a Law Minister of India, will never do.” Lately, an eminent journalist hasn’t hesitated to question constitutionally mandated the-first-past-the-post system of election – quoting a column from his edited digital media The Print- which has been in force since 1951-52 simple because he allegedly doesn’t like the present regime elected to office with an absolute majority for two consecutive terms after two and half decades of unstable minority governments ruling with supports of several short-sighted vested interests and ideologically incompatible parties. Further to mention
that India’s ethos has been to give shelter to the persecuted. But, when the same is given the legal teeth by the present regime to rescue the affected from neighbouring countries from bureaucratic red-tape enacting Citizenship Amendment Act (CAA), it is opposed with twisted interpretations so that social unrests could be fueled during the visit of a prominent world leader under the watch of hostile Western media.

Conclusion
In this situation, what could be the extraordinary measures; it is certainly very difficult to spell out when extraordinary situations have been created by stubborn elements and vested interests. Again, against whom the extraordinary measures to be taken as today’s opposition is tomorrow’s ruling party, and vice versa? And they cannot be simply gagged to save the situations getting worst which have been norms now. Possibly, one may suggest for counseling of these elements as any hard taming decision is feared to be assumed as undemocratic, and when the Western so-called liberal media is hungry to headline and highlight them. And it isn’t known how much the counseling will be effective on the people who indulge in these deliberative activities as narrated above to satisfy their vested interests?