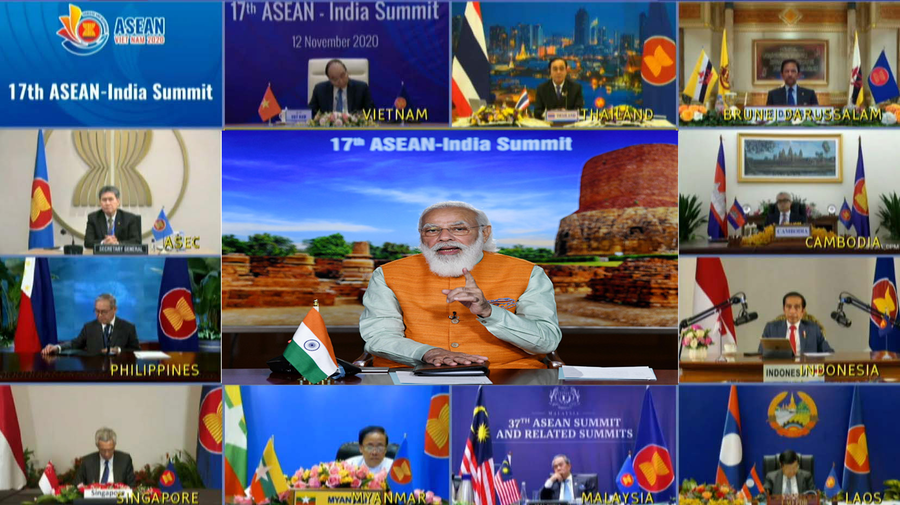 Diplomacy is the profession, activity, or skill of managing international relations, typically by a country’s representatives abroad. It is the art of dealing with people in a sensitive and tactful way.

Diplomacy is also a subset of international relations that is focused on the process of conducting negotiations between representatives of different nations, or in some cases, corporations from different countries.

Research and analytical skills are needed to help evaluate complex problems and synthesize data ranging from communications and environment issues etc. to counter-terrorism.

National security and economy intrinsic to any nation’s foreign policy have been questioned during the pandemic. In the year 2020, the world has changed. Globalisation has been challenged.

Diplomacy which at its conventional best was learning to navigate issues by meeting actual people, sitting in actual meetings, in this scenario had to suddenly stop and change the route.

The upside to virtual diplomacy became masked faces which could mask their emotions and thoughts and buy time over virtual calls to respond. Travel time and cost were cut down, but tough negotiations became even tougher. For example, India – China Galwan crisis may have been slightly easier to resolve had it been physical diplomacy, so it is thought.

Of course, diplomats who get a meeting to a crescendo physically working hard on the manifest can go wrong. A case in point is the Agra summit, 2001. It was a historic two-day summit between India and Pakistan. It was going to be the ultimate in resolving the Kashmir dispute and both  Mr. Vajpayee, the Indian Prime Minister and the Pakistan President General Pervez Musharraf were highly hopeful. One was made aware of the ‘body language’ of the people involved in both television and the press. It was a physical meeting yet there seemed to be no amiable conclusion even with diplomats having physically met and have worked hard at it.  Unfortunately, there was a serious problem with the trust deficit on both sides.

If actual meetings become so difficult what are the chances of virtual diplomacy working. The contemporary international situation has become even more tenuous and will take virtual diplomacy even more of an effort to succeed. Multilateralism is emphasized as the future but resisted. Therefore, it will take far more diplomatic efforts. The second wave of coronavirus in Europe has further complicated the situation.

Whether United States diplomats can virtually make an impact on the Afghan crisis; the Indians on China or any other set of issues be resolved in this manner – bringing rising tempers down, assuaging egos, is very difficult behind masks and on screens.

Yet, researching the meetings, one was surprised to note that many virtual meetings instead of ground diplomacy have taken place. Surprisingly, the virtual meetings list is long, some examples are: there was a virtual meeting between Russia, India and China held on 23 June 2020 to discuss tensions in the Galwan valley. Another meeting was the South Asian Association for Regional Cooperation (SAARC) virtual meet attended by eight countries of SAARC, September 24, 2020, to collaborate against the Covid-19 pandemic.

Again, a virtual meeting between India and Nepal, August 17, 2020, and November 20, 2020 to review India aided development projects being implemented in Nepal.

Finally, India, Iran, and Uzbekistan held the first Trilateral Working Group meeting on joint use of Chabahar Port on December 14, 2020.

Reviewing the written words, so to speak, it is imperative that the diplomacy in coming years even under harsh circumstances to be effective must be both visual and physical.

It would also be interesting to explore which of the above in virtual diplomacy were truly successful.

In conclusion, it is indeed heartening to see that nations collaborated on health, and issues of great national importance. There were not too many crises in terms of war or terrorism. It was a changed world, without any drastic incidents taking place. This is an extremely encouraging aspect of virtual diplomacy which is heading towards the digital pathways of finding diplomatic solutions. This may very well redefine the modus operandi in diplomacy for years to come. The fabric of diplomacy is being rethreaded, from the practice of ground or face-to-face diplomacy to an on-screen one in the hyper-digital times we live in.