Is an Afghan Revival Possible? 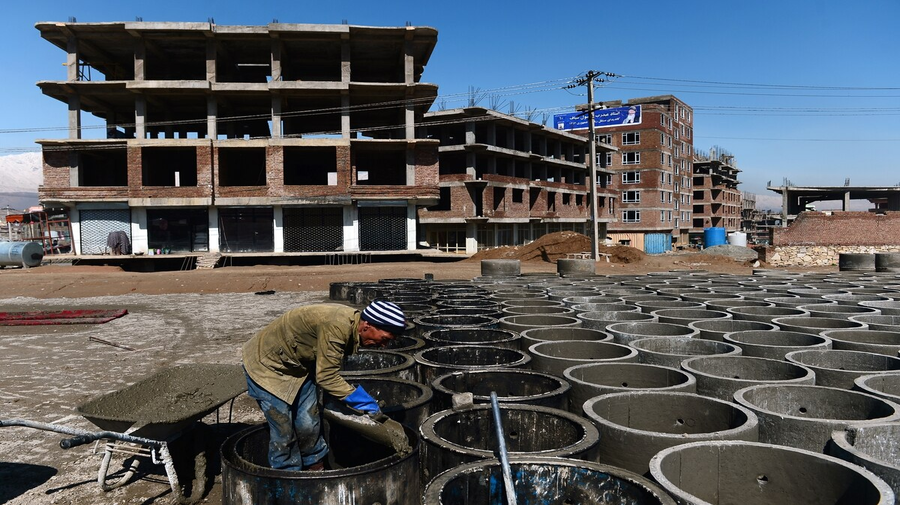 This is the second in a two-part series on the Afghan Economy.

The mineral resource sector in Afghanistan has the potential to allow the country to move toward more sustainable economic growth to reduce dependency on external foreign assistance that has been the norm since the end of 2001. Afghanistan has significant resources, a fact that has been known to the external world since the 1970s. Magnetic and hyperspectral surveys conducted by American researchers have re-established that Afghanistan holds up to 1.4 million tons of rare earth elements such as lanthanum, cerium and neodymium, and lodes of aluminum, gold, silver, zinc, mercury and lithium. The development of these resources will contribute significantly to essential job creation, economic growth, and will help catalyze development in other economic sectors.

The country’s abundant reservoirs, rivers and streams make it a suitable climate for fish farming. Although there are many fish farms throughout Afghanistan, farmers are unable to produce enough fish to keep up with the demands of customers and like other economic activities, this too has not been explored adequately. Fish farming has also been launched in the Salma Dam.

The low level of competition in Afghanistan creates opportunities for foreign investors and exporters to bring in new products with potentially good profit margins. With its strategic geographical position connecting Central Asia to South Asia and leading to Europe, Afghanistan could serve as a gateway for investors seeking to enter the regional market. The country has a growing middle class and 70% of the population is below 25 years of age. Foreign companies benefit from a 0% duty on import of machinery and 1% duty on import of raw materials.

If relatively peaceful and secure conditions are established, then services trade and investment could leverage Afghanistan’s locational advantages at a crossroads of vital trade routes between South and Central Asia, through services imports-exports. This situational advantage could be leveraged to attract foreign investment in transport and communication infrastructure boosting transit trade services.

Afghanistan has a geographic advantage for becoming an energy transit hub that would boost economic growth and revenue. Building regional connectivity for energy transit trade can become an important source of revenue for Afghanistan. Mega energy projects, like the Turkmenistan-Afghanistan-Pakistan-India (TAPI) Pipeline and Central Asia and South Asia (CASA)-1000, are being developed with the help of regional neighbours. Full completion and operationalization of large-scale infrastructure projects such as CASA-1000, TAPI pipeline, and Turkmenistan-Uzbekistan-Tajikistan-Afghanistan-Pakistan (TUTAP) power project are essential for Afghanistan to fully benefit from energy transit trade and address its own shortages.

With its mountainous terrain and extensive river system, Afghanistan is estimated to have a recoverable hydroelectric potential of more than 23,000 megawatts (MW). Most of the potential (roughly 20,000 MW) is in the northeast on the Amu Darya, Panj, and Kokcha Rivers. Current plans for the development of Afghanistan’s power generation capacity include a significant role for hydroelectricity. The Power Sector Master Plan has proposed adding seven new hydropower plants (HPPs) totaling approximately 1,550 MW by 2032. The largest plants are at two sites on the Kunar River (Kunar A and B), with a planned combined capacity of 1,089 MW at an estimated capital cost of US$2.7 billion. Together, the plants would generate 6,260 gigawatt-hours of energy each year.

Afghanistan could play a potentially important role in improving the regional connectivity of high-capacity, domestic, fiber optic networks. The country’s telecommunications infrastructure and sector have experienced tremendous growth in the last 15 years, with fiber optic, wireless, and satellite infrastructure projects being undertaken, as well as a large deployment of mobile services. Despite this progress, there are still significant obstacles, particularly in terms of international connectivity and low broadband internet penetration rates, for both mobile and fixed access. One of the reasons broadband penetration and connectivity remains a challenge for Afghanistan is that international access to the internet usually occurs via undersea fiber optic, with limited to no competition in international transit provision. Afghanistan, being a landlocked country, has to pay high international transit prices through its terrestrial cross-border links Iran, Turkmenistan, Uzbekistan, Tajikistan, and Pakistan. Like other sectors, political instability and security issues have constrained investments even in the broadband market.

Need to address the continuing challenges

Afghan exports (and imports) are highly concentrated in a handful of primary products with low value and sophistication. Ongoing conflict and lack of governance, by limiting agricultural output and generating structural constraints to industry and manufacturing, have been the main reasons for low levels of competitiveness and the lack of diversification of the Afghan economy

The security context is precarious and the country scores very low at 173 on the Doing Business Index of the World Bank for 2020 owing to cumbersome bureaucracy and weak infrastructure. The legal system is not developed enough to handle complex commercial issues and local authorities do not have enough experience in project management and in dealing with Western companies. Corruption continues to be a major problem as the country is ranked very poorly on Transparency International’s Corruption Perceptions Index.

Although Afghanistan is not in the lead on the large-scale regional energy projects (TAPI, CASA-1000, TUTAP) the government should constantly monitor the developments of the proposed energy transit projects and be prepared to respond positively if action is required. A plan to respond to partner concerns regarding security, location of off-takes, cost-sharing, transit tariffs, and other matters should be implemented.

Addressing challenges in the data connectivity and broadband penetration could boost local output, employment, productivity, and position Afghanistan as a competitive data transfer provider for its neighbors. This could benefit the region by lowering data transmission time between Europe and Asia by over 30 milliseconds (from its current 130 milliseconds; UNCTAD 2015. “Chapter 3: Freight Rates and Maritime Transport Costs.”).

Although an Afghan middle-class has begun to emerge – primarily composed of expatriates who grew up in Iran or Pakistan – they tend to be discouraged by the economic and political situation in the country. As such, immigration to Western countries has increased significantly in recent years and constitutes a major risk for the country’s long-term development.

After years of Western military involvement, the Taliban today shows no signs of operational decay rather they appear poised to take a dominant position in any new government. Bearing in mind the huge potentials and opportunities in Afghanistan, investors would like to invest in Afghanistan despite inappropriate infrastructure, but they most likely will not invest if the country is not secure. Selling Afghanistan to foreign investors remains a difficult task. How open Afghanistan is to business depends very much on the security situation, the progress of ongoing intra Afghan peace talks and investors’ appetite for risk.

In general, the strengths across the sectors reflect the economic landscape of a country with a pro-business climate and a range of opportunities. If a genuine attempt is to be made to help Afghanistan’s revival then the focus will have to be on creating infrastructure, particularly in the metropolitan area of the capital Kabul, and agricultural and rural development. But more importantly, maximum-security measures must be taken to ensure the safety of developmental projects.

Vaishali Basu Sharma
Author is an analyst on Strategic and Economic Affairs. She has worked as a Consultant with the National Security Council Secretariat (NSCS) for nearly a decade. She tweets at @basu_vaishali
Tags:
Afghanistan U.S. War in Afghanistan China India
Share:
Share this...