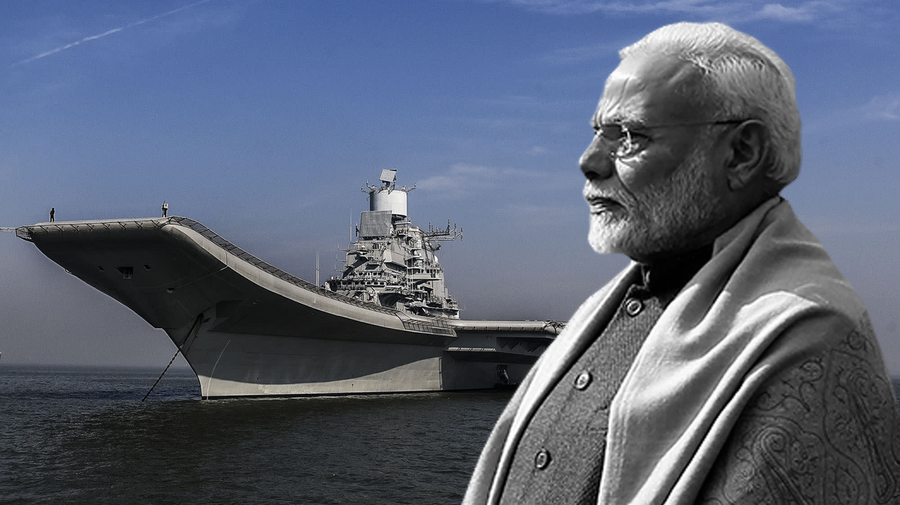 The Indian Ocean Region (IOR) is undoubtedly one of the most significant areas on the entire planet and covering roughly 20% of the global water expanse. Its impressive surface area of almost 71 million square kilometres is home to 1208 islands and laps the shores of as many as 32 countries. The Indian Ocean Region holds the most strategically important shipping and trading routes out, for instance, the Sunda and Lombok straits, Malacca Strait, Mozambique Channel, Bab-el-Mandeb, Strait of Hormuz, the Suez Canal and the Cape of Good Hope, etc. Major scale trading activities take place within these areas with oil bound shipments and the fishing industry occupying a large portion of these activities. Keeping in mind the economic importance of this region, we must not forget that within these waters lies a plethora of factors that have made the IOR reek of volatility and instability. Since the Indian Ocean is pivotal for the sustenance of the global economy, one could even attribute the significance of this ocean to the words of the famous Geopolitical thinker AT Mahan who propounded his famous Theory of Sea Power which states that whoever controls the seas, can control the world.

India being the soul of the Indian Ocean, finds itself at the centre point of many of the aforesaid issues. There are two types of apprehensions that New Delhi has to tackle over the upcoming years to avoid becoming helpless in its own front lawn: militaristic threats and non-militaristic hard security threats. The complexity of the situation has led to the intermingling of both types of threats to try and back India into a corner. Issues such as piracy and terrorism have plagued the Sea Lanes of Communication (SLOCs) here. On top of everything else, an increasingly assertive China which has expanded its naval presence in the Indian Ocean poses a threat to oceanic freedom of navigation. The PLA’s Navy had started expanding its footprints in the IOR more than a decade ago and India had then dismissed it as a mere move to protect China’s shipments, believing the lies being fed to the world by Chinese leaders that its deployment of warships was purely economic in nature.

So what are the glaring reasons behind India’s recent geopolitical motivation for upgrades? The number one reason would be China’s increased naval footprints in the region starting to appear like some sort of encirclement. China has vast commercial investments in the forms of ports in Pakistan, Sri Lanka and Horn of Africa’s Djibouti, providing it with the impetus to protect its investments with the help of military undertakings. The sudden loitering of Chinese warships and submarines in these regions has deeply disturbed New Delhi’s policymakers; after all, who would appreciate outsiders menacingly flexing their muscles in their direction right outside of their gates? The US and Japanese governments have expressed concerns regarding this since these ports will allow the entry of Chinese warships into even the Persian Gulf. Reports from Intelligence agencies claim that the PLA has been studying the operating environment in the Indian Ocean for quite some time. Putting these factors together, the String of Pearls prophecy has come under the radar of not only Washington and New Delhi, but various other powers and littorals have agreed to its existence as well, making it imperative for India to seek no other option rather than intensifying its own naval capabilities in the IOR.

In response to growing Chinese presence in the East Coast of Africa, India has sought naval logistics access to French bases in Reunion as well as Djibouti—despite the existence of a massive Chinese military base there. Owing to the fact that India’s SLOCs pass through the Central Indian Ocean Basin, where deep-sea mining activities have taken precedence due to opportunities for mineral exploration, India now needs to take advantage of its strategically superior position in the Indian Ocean and deploy more powerful naval forces in both the eastern and western quadrants of the waters. India’s notable efforts to bolster its presence in the IOR include the MILAN (Multi-Nation Mega Naval Exercises), the recent November 2020 Malabar Exercises with an additional Australia and the signing of the BECA with the US—all of these in line with India’s increased interest in the Quadrilateral.

The Indian Navy has also been involved in developing the Andaman and Nicobar islands as a strategic outpost to enhance monitoring capabilities of rival navies in the Eastern quadrant of the Indian Ocean as well as use it as a chokepoint in an attempt to counter China with sea-denial. However, this will only provide leverage to India within its regional waters. China’s main perceived threat comes from its ships patrolling the waters outside Indian territorial waters. To counter this Indian policy experts have proposed for the building and deployment of two more aircraft carriers indigenous in nature. India currently operates with one aircraft carrier only—the INS Vikramaditya. The second carrier—INS Vikrant is currently under construction in Cochin and will likely make its debut in 2022. The third one, INS Vishal, is currently under negotiations between the Indian Navy and the Government of India. Chief of Defence Staff (CDS) Gen. Bipin Rawat has also stated that India’s current and immediate preference has given to the construction of a fleet of 24 submarines— 18 conventional and 6 nuclear attack submarines. These submarines are to built indigenously as well, marking a deepened devotion to the “Make in India” scheme. Additional non-heavy duty waterborne upgrades have made their way onto the Indian Navy’s agenda to further increase its combat capabilities.

India has to be a team player

While India’s maritime concerns have been on the rise for more than a decade, a couple of transnational collaborative initiatives have also emerged in the form of SAGAR (Security And Growth for All in the Region), IORA (Indian Ocean Rim Association, Sagarmala Project and Indian Ocean Dialogue. These initiatives are aimed at stabilising the Indian Ocean Region by engaging in scientific, cultural, economic and educational exchanges. However, the progress so far has really been quite sluggish due to the oft-mentioned geopolitical tensions between the various actors involved. A lot of the member states within the IORA have established economic ties with China, resulting in New Delhi acquiring a newer reason to become more distrustful. Supplementing this, there is a fear that the Chinese aggression in the South China Sea might make its way across into the IOR making the QUAD 2.0 even more relevant than it has ever been. A currently informal organisation, the QUAD might prove to be more useful to India than the aforementioned organisations given the gravity of the situation. India really needs to push for its materialisation; the first step was noticed in its invitation to Australia to participate in the recent Malabar exercises in November 2020. The deepening of India and Japan relations is also a very crucial factor that needs to be accelerated in order to protect the Asian century from becoming a Chinese century.