Saudi Arabia: A “Defender” of the Muslim world? 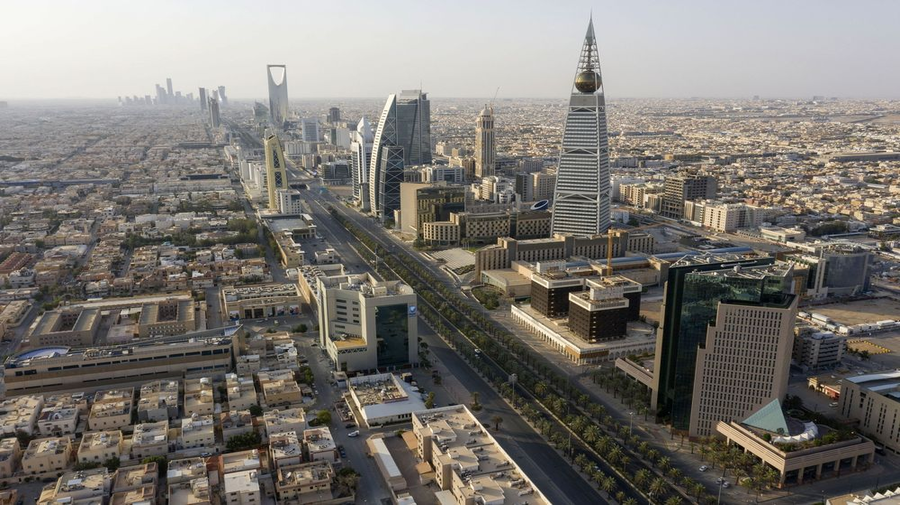 The Muslim world, as Monolithic as it may seem from the shallow perspective, is full of diversity and diverging ideologies. As much as the world would like to think of them as a singular community with the sole purpose of following Shariah, the reality is that the Muslims have differences in whom they follow, and what version of Islam they follow. This article briefly discusses the emergence and the apparent establishment of Saudi Arabia as the representative version of Islam for the majority of the Muslims in the world and also, if their actions truly signify what the majority of the Muslims accredit them to.

From 1932, beginning with the rule of King Saud, Saudi Arabia became the pioneer of the Muslim representative in the modern era. The Wahhabi ideology spearheaded by the state, and also, being the guard of the holy Mecca, proved to be some of the important initial factors of their recognition in the Muslim world. From the beginning of Saudi history, it can be seen that the Saud Family has made a well balanced apparently religious country with them at the helm, through the help of the religious clerics. They were complex, interdependent entities where the Saud family would run the state affairs by giving amenities to the Wahhabi clerics of the state and in turn, the clerics would bless the family and legitimize their rule according to their own explanation and interpretation of Islam.

It can easily be deduced from this that, Saudi Arabia’s establishment was not based on the principles of Islam, but rather as a complex totalitarian country, using the principles for the legitimization of their government. But it would be wrong to say that, Saudi Arabia is totally ignorant of the Muslim world, which is visible quickly after their establishment, in the 1948 Arab-Israeli war.

The age-old feud between the Muslims and Jews became a part of the state affairs of Saudi Arabia after the defeat of the Arab nations in all the wars of 1948, 1962, 1973. It is to be noted here that, another Muslim Powerhouse, Iran, run by a pro-western government at that time, was also on board with the Saudi on the Issue of Zionism in the Middle East. The relationship between the Arab nations and the West took a left turn, which led to the Oil Trade Embargo of the Gulf States on the countries that supported Israel during their Invasion.

The relationship between the US and Saudi would’ve taken a turn for the worst, were it not for the emergence of a common enemy between them, one that questions the legitimacy of the Saud Family regime over the country, and also, contains nothing but pure hatred for the “Mushriks” (Non-Muslim) westerners, The Islamic Revolution in Iran. Led by Ayatollah Khomeini, it was a movement of the Shia majority of Iran, for establishing a state with Shia ideology, and declaring themselves as the new leader of the Muslim world, in 1979. With the Successful movement of Khomeini, all of Saudi Arabia, Israel, and USA found themselves a common enemy. The Salafi Ideology promoted by Iran was conflicting with the Wahhabi ideology of Saudi Arabia, and their open calling out of the Saud family as illegitimate according to Islam was even more threatening to the Regime. Besides, the majority of oil-enriched region of Saudi Arabia was inhabited by the Shia minorities, who were heavily inspired to revolt against the Saudi government, from the Shia Islamic revolution in Iran, which led to the Qatif Uprising of 1979. It was very logical for the Saudi government to fear the sudden presence of a rival claiming the same legitimacy as them.

And thus, to tackle the wild common enemy known as Iran, Saudi gradually formed an alliance with the USA and Israel. The Saudi became such an important strategic partner for US, that, the Oil embargo of 1973, the gross violation of Human rights in the Qatif Uprising of 1979, the Medina Uprising of 1987, and the instability in 2011-2012 inspired by the Arab revolution of 2011, where more than thousands of minorities were killed by the Saudi Government, were completely overlooked by the US. The US had to face backlash for not leaving the side of Saudi Arabia after their murder of the Shia Minorities in the protests, and also, the leaked information from CIA that, Saudi Arabia had a direct role in the 9/11 attack.

The recent legalization of women driver and suffrage can be another indicator that, Saudi Arabia is in fact, not radically immovable from its beliefs and principles. The appointment of Mohammad Bin Salman paved the way for even more westernization of their policies. The country has been an active and passive participant throughout different wars in the Middle East, where they have been accused of war crimes against the civilians and also, of supporting ISIS, Al-Qaeda and other terrorist organizations.

But, the murder of Jamal Khashoggi brought forward, a major shift in support for the country, although, didn’t last long, because of their strong lobbying presence in USA, being the third highest spender of lobbying money in US, after Israel and Qatar. Even before the Khashoggi incident, they had spent about 100 million dollars for lobbying before 2010. In order to clear out the tarnished image by the popularized Khashoggi Murder, they just increased the rate of lobbying. They funded the mid-term election campaign of Donald trump in 2018 worth 1.8 million dollars and even, booked 500 rooms in his hotel. The healed relationship can easily be fathomed, when Trump vetoed against the US withdrawal from the Syrian war, and also, to unblock 8 billion dollars worth of sale to Saudi Arabia.

Unlike the Israel Lobby, which solely focuses on the development, positive image procurement of the Jewish people as a religion, and support for complete legitimacy of a Zionist State, the Saudi Arabian lobby does nothing but finance US programs to clear out the problems and cultivate a positive image for the Saud Family and the government. While Israeli lobbying has made it possible for the world to overlook lots of accusations on their violation of Human Rights on the Arab population, the Saudi lobby does the same for the Saud family. Saudi Arabia also makes the world believe that they are the safeguard of the Muslim world, whereas, in reality, the number of death of Muslims all over the Middle East is the highest at the hands of the Saudi Arab, directly and indirectly, because of their proxy wars.

Hence, we can deduce that, although the majority of Muslims all over the world believe the Saudi Arabia to be their voice, their guardian, the reality is that, Saudi Arabians are much more detached from the Muslim community of the world as a whole. There is more of a “Saud-US” relationship rather than the “Saudi Arabia-US” one which we are led to believe. And at the end of the day, as much the Muslims are hoping the Sauds would preside over the conflicts related to Islam all over the world, history suggests that Saudi Arabia will never take an offensive or defensive step unless the throne of the Saud Family is threatened by it.