Opportunities for India in Afghanistan 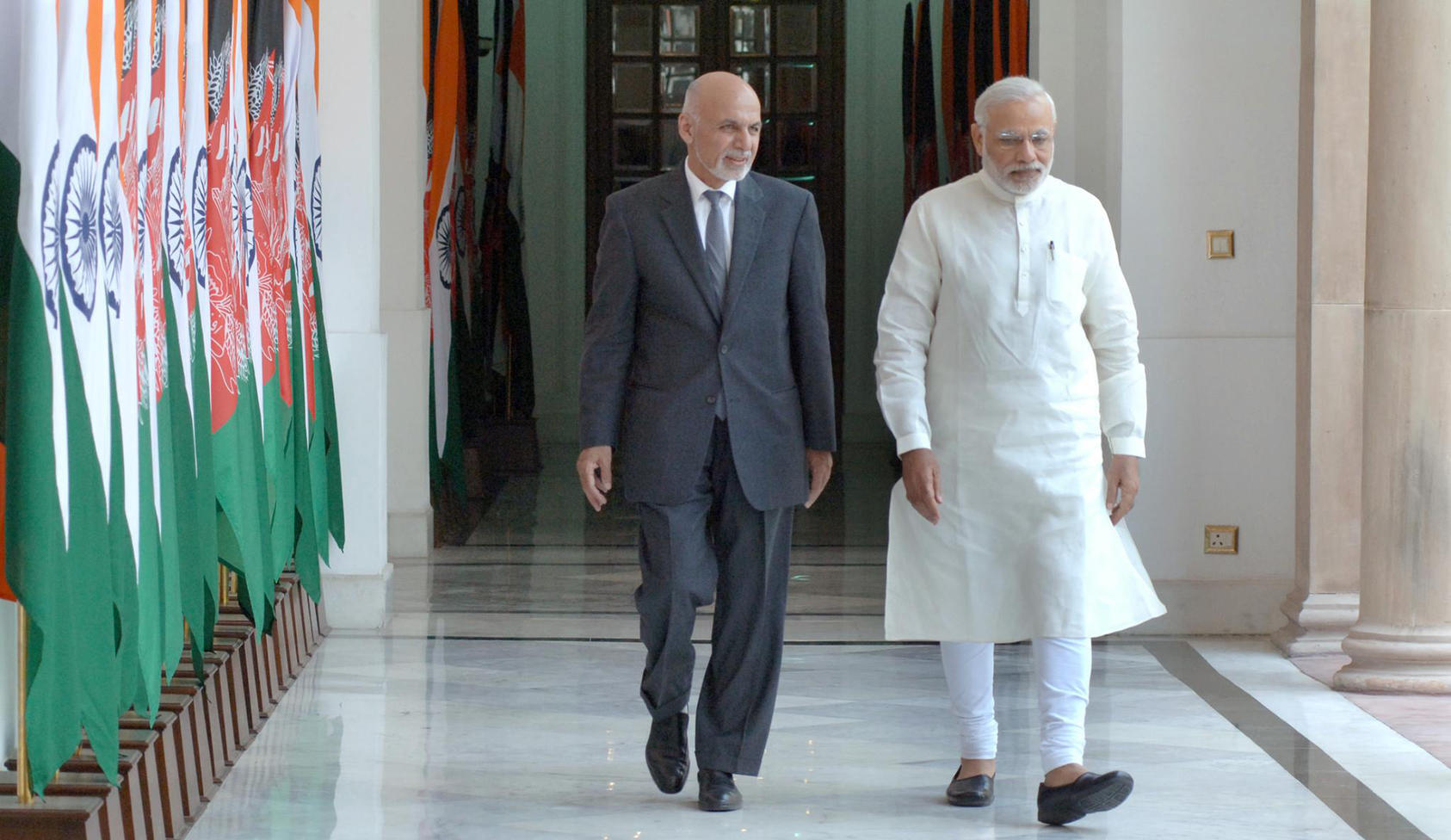 The current discourse on Afghanistan is concentrating on the American military drawdown from there, but the nature of the subsequent polity with the Taliban in a dominant position is the subject of real concern for common Afghans and for India.

For New Delhi, which is closely watching the ongoing peace talks, a major concern is that the U.S. military withdrawal may further destabilize Afghanistan. It is assumed that in the framework of US withdrawal the traditional geopolitical rivalries of the region will manifest themselves in the Afghan theatre. While India has always echoed its commitment towards a democratic, secular and economically integrated Afghan state, it has now adopted a cautious optimism about accommodating the Taliban in the Afghan political order.

A major stakeholder in the peace and stability of Afghanistan, India has until now invested over USD two billion in aid and reconstruction activities in the country. At the recent Afghanistan 2020 Conference organized in Geneva from November 23-24, 2020 over Video Teleconferencing Capability, India led by External Affairs Minister Dr S. Jaishankar announced major commitments, most significantly a new package of over 100 high-impact community projects worth USD 80 million. Since the fall of the Taliban regime, India has provided more than USD 3 billion in reconstruction assistance to Afghanistan. Major infrastructural projects that India has undertaken in Afghanistan are the construction of its Parliament building, a 218-kilometer road from Delaram to Zaran connecting Afghanistan to Iran, including a 202-km Phul-e-Khumri transmission line. After building the Salma or India–Afghanistan friendship dam in Herat Province, India is set to sign an agreement on the building of the Shatoot Dam that will provide safe drinking water to 2 million residents of Kabul city. Amidst the coronavirus pandemic, India sent 75,000 tonnes of wheat, including 20 tonnes of life-saving medicines and other equipment for the people of Afghanistan.

India has consistently expressed that the peace negotiations for the future of Afghanistan should be inclusive of all sections of the political spectrum, and ensure the constitutional rights of women and minorities. The current scenario however demands that India take a more active role in the Afghan negotiations, and question the shape of the talks, stressing that a permanent ceasefire and peaceful Taliban are not just an Afghan case but a matter of regional security.Both countries after all entered a Strategic Partnership agreement in October 2011 which emphasizing cooperation in security and combating terrorism in the region. Yet India has always played a passive role, consistently maintaining that any peace process should be Afghan-led, Afghan-owned and Afghan-controlled.

The ongoing Intra-Afghan talks present both challenges and opportunities for Indian foreign policy in Afghanistan. Although India has publicly endorsed the talks, yet there is skepticism in New Delhi about a rushed U.S. military withdrawal and about the wisdom of engaging with the Taliban. India must while engaging in meaningful conversation with Afghan entities, and continuously monitor Pakistan’s dealings with the Taliban. The degree of leverage that the Pakistani military establishment exercises over the Taliban remain a concern for New Delhi. Pakistan’s long-term interest lies in keeping the Taliban under its control, but not necessarily independent because there are elements within the group that are inimical to Pakistani’ influence. It is the only country that has not invested in any reconstruction efforts in Afghanistan since the fall of the Taliban regime.In a statement made earlier this year the Taliban was clear that it “does not interfere in internal affairs of other countries.”This strong clarification was issued by the Taliban after there was speculation in social media that it was impossible for the Taliban to be friends with India unless the Kashmir dispute is resolved. The swift denial of this claim on the part of the Taliban indicates that the group does not wish to agitate its relations with the Indian government and secondly seeks to be independent of Pakistani designs in Kashmir. Iran and Russia who were also supporters of the Northern Alliance — a non-Pashtun coalition of ethnic groups, like India have begun to endorse the ‘rebranded Taliban.’ There are indications that the group is yearning for recognition as a symbol of Afghan nationalism, with a pluralistic image, relying for instance on Iran for support from the Hazara community. Taliban has been giving feeders that it may appoint Rashid Dostum, an ethnic Uzbek with as a “field marshal” in the new dispensation that is yet to emerge but taking shape behind the scenes. These channels with former enemies Iran, Russia and Uzbekistan, are also signaling that the era of Pakistan’s virtual monopoly may have ended.

Outcome Imagined by the Peace Negotiations?

A major roadblock that may emerge is that the current peace talks, involving the US, Taliban and the Afghan government has merely postponed the ceasefire, which has left the Taliban to resort to violence in case of dissension in the peace negotiations. The security situation in Afghanistan is deteriorating fast because of unrelenting terror attacks by both the Afghan Taliban and ISIS. As talks enter the crucial phase, the Taliban ensured that the violence across Afghanistan rose sharply.

And the fact that the US-Taliban deal leading up to the intra-Afghan talks has been tilted in favor of the Taliban has been evident right since the Doha agreementin February 2020. Despite the violence and the Taliban’s dominant negotiating position, the current peace offers the only hope for any stable future for Afghanistan.

There remains little doubt that any future government of Afghanistan will have a very strong Taliban presence. What’s critical is how far the Taliban be willing to accommodate the constitutional gains of the past two decades.  The gains with respect to the political awareness of the minority groups or youth and freedoms for women which have been achieved in the past two decades need to be fiercely protected and enhanced. A dialogue’s end result can be meaningful only if the aspirations of the Afghan people towards developing a sovereign, independent, democratic and Islamic Afghanistan are respected. The Islamic aspect of state formation in the case of Afghanistan, underpinned by Islamic values of the Sharia and Hadith, has already been negotiated and represented in the 2004 Afghan constitution. The post-Bonn Islamic Republic has held absolutely intact. The Taliban’s vision of an ‘Islamic Emirate’ is based on its claim of territorial control, which has come about through violence, terrorism and safe havens and shelters in a third country, not in Afghanistan.

While peace issorely desired by Afghans after nearly forty years of war, only of its price is not the rights of women and minorities will it be a ‘just peace.’ An unfair bargain for the Afghan government would only exacerbate the conflict.The biggest challenge for the stakeholders is to bring about a viable political order that is constitutional, legitimate and democratic, with the Taliban accommodating this structure. India on its part must not lose the current opportunity, at the least to test a number of propositions that have been part of the conversation around the intra-Afghan peace talks, specifically an end to Afghan soil as a terror haven and genuine assurance to build and sustain the fragile sovereign, democratic Afghanistan.