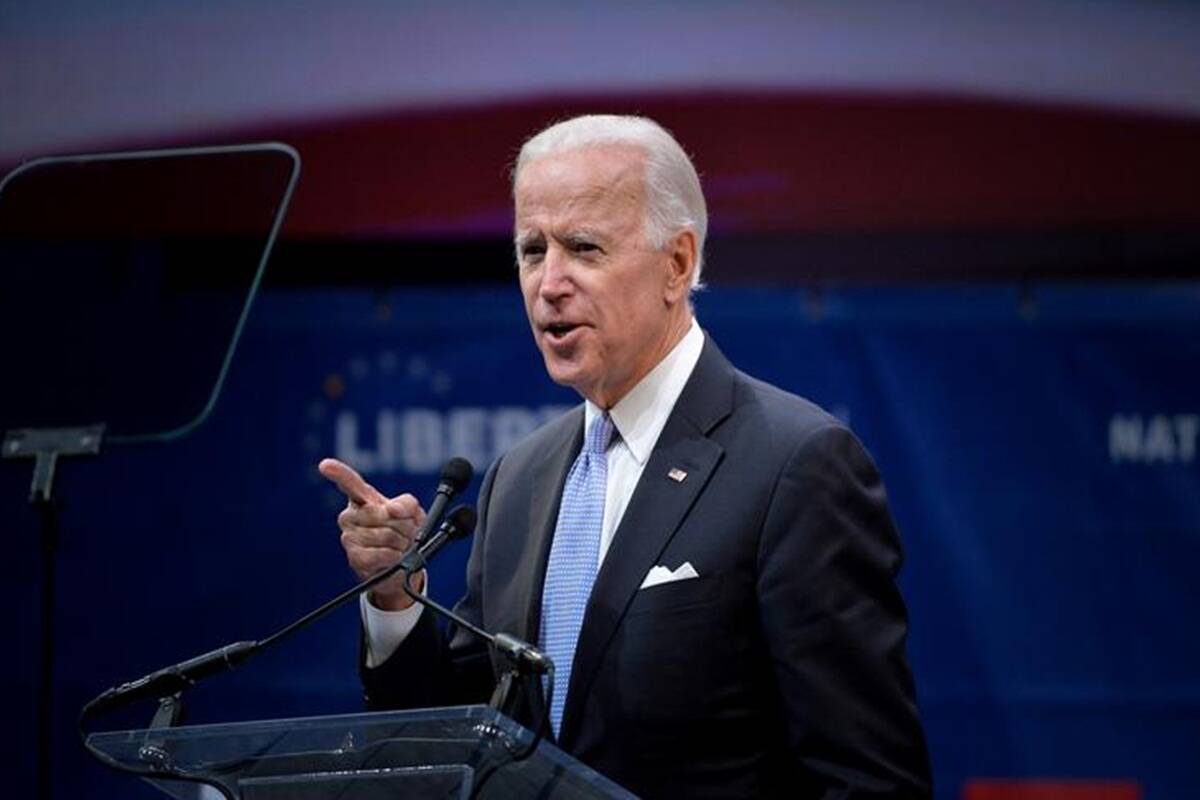 The President-elect Joe Biden not only served as Vice President of the US but was instrumental to the Obama administration’s strategic rebalancing to Asia which stood on the twin pedestals of cooperation and competition with China as a strategy to deal with the rising power. Not only did this strategy fail to contain China, the Trump administration’s militaristic rhetoric, trade offensives, increased arms sales and attempts at military alliance formation also did little to prevent China from turning into a formidable geopolitical challenge to American global supremacy with its ground-based ballistic missiles, aircraft, and ships in the Indo-Pacific region (a region which provides several sea routes for the transportation of energy resources and commercial goods) that could threaten US presence and interests in the region.

Further, its mega interconnectivity project, the Belt and Road Initiative (BRI), penetrated deeper into the economies of many countries abutting the region in the shape of loans, goods and workforce. The Trump administration was scornful of the BRI for its lack of transparency, disregard for an open and inclusive approach and sustainable financing. The administration criticized the Chinese attempts at enhancing its strategic influence over small Pacific countries through the provision of easy loans and foreign aid which was variously described by leaders and officials in Washington such as ‘payday loan diplomacy’, ‘using of predatory economics’ and ‘debt for sovereignty deals’. Washington looked at the BRI not merely as an infrastructural and connectivity project rather loaded with military and strategic objectives. Focus on building heavy infrastructure such as roads, ports and bridges under the BRI engendered perceptions that these might be used for strategic purposes including gaining control over strategic sea-routes in the Indo-Pacific. Thus, the foreign policy establishment of the incoming Biden administration in the US is not only going to inherit similar Chinese concerns that the Trump administration took efforts at dealing with, but it will also strive to work on the areas of weakness of the outgoing administration.

The threat of China led to a significant development during the Trump administration tenure which was an evolution of a bipartisan consensus in Washington pertaining to China’s ascendance as a major strategic concern for the US as well as international security and stability becoming evident. Allocation of massive funds under the Asia Reassurance Initiative Act and the Congressional drive for $6.9 billion budgetary spendings towards a new Pacific Deterrence Initiative over two years under the National Defence Authorization Act, 2021, indicated growing bipartisan consensus over the long-term strategy of containing China in the Indo-Pacific region. This meant the strategy was going to stay irrespective of the political party in power and may further be strengthened by the Biden administration in view of the impending challenges.

The Trump administration since the beginning was aware of the rising Chinese threat and shifted its focus away from Central and West Asia to the Indo-Pacific region. ‘Free and Open Indo-Pacific strategy’ was unveiled by then-secretary of state Rex Tillerson in late 2017 to facilitate freedom of navigation in Pacific waters and challenge Chinese assertion of sovereignty in the South China Sea which is one of the world’s busiest commercial waterways. While the administration articulated an innovative geographical expression for the “Asia-Pacific” by renaming it “Indo-Pacific’’ in order to work toward an alternative Indo-Pacific order based on rules and freedom of navigation in contrast to China’s territorial ambitions and unlawful economic practices but it failed to put in place a consistent and long-term strategy to realize this objective. Hence, militaristic rhetoric, strategic reorientation and preparation of the Quad members (Australia, Japan and India as other members) towards containing China, multinational naval exercises conducted under the rubric of “freedom of navigation” and assertion of security-alliance commitments with small countries of the region such as the Philippines and Singapore became part of its Indo-Pacific strategy underlining the military and strategic dimension of the strategy. Arms sales to Taiwan not only saw a surge, Washington’s dealing with it as a separate country challenged Beijing’s long-standing “one China” position as well as enhanced the possibilities of direct confrontation between the great powers. The Trump administration’s volatile and inconsistent approach led to trade offensives and sanctions to coerce and contain China but those measures had collateral damaging impacts on American allies and partners in the region. The administration’s ‘America First’ rhetoric and erratic policies also sought to go back on defence commitments to allies and partners such as Japan and South Korea.

The US under Trump decided to withdraw from the Trans-Pacific Partnership in 2017 indicating trade and multilateralism taking a backseat during the administration. Outgoing President Trump’s lackadaisical attitude towards multilateralism became apparent when he did not attend the Asia Pacific Economic Cooperation (APEC) leaders’ meeting in 2018 and the East Asia Summit meetings in 2018 and 2019. Further, he and Secretary of State Mike Pompeo could not attend the annual ASEAN-United States leaders’ summit and other ASEAN-related meetings in 2019.

The incoming Biden administration is likely to focus on trade and multilateralism to contain China and serve the US’s long term interests in the Indo-Pacific region. The new administration cannot leave an economic vacuum in the strategically vital region being filled by China as Trump’s withdrawal from the Trans-Pacific Partnership in 2017 not only led former TPP members Japan, Australia, Vietnam, Malaysia and Singapore to establish their own trade bloc, known as the Comprehensive Progressive Trans-Pacific Partnership, some of these countries have robust bilateral economic engagements with China as well as are members (allies such as Japan, Australia and South Korea) of the China-led Regional Comprehensive Economic Partnership (RCEP).

Certain challenges to the American Indo-Pacific strategy were noticeable during the Trump era due to fluctuation in US commitments and hesitation among allies to risk relations with China in the economic realm. In view of the fact that the US military was overstretched by two decades of counterinsurgency wars in West Asia and Afghanistan and the bulk of its economic resources committed to the region, Washington partly failed to convince its allies and partners in the Indo-Pacific about its commitment to containing China and resources committed to the region were considered insufficient to counter China’s economic and strategic influence. The Trump administration asked for more burden-sharing by traditional allies in the region such as Japan and South Korea towards stationing of US forces in the countries which, in turn, weakened the possibilities of robust alliance and partnership in the region.

Thus, the incoming administration is likely to forge strategies to establish relative peace in other areas of strategic significance as well as to delegate more responsibilities to NATO allies while enabling the US to commit more military and financial resources to the Indo-Pacific region in its attempt to forge a successful alliance structure in the region. President-elect Biden has not only made his intentions clear by reaffirming deep commitment to defence of Japan, he has asserted deep faith in bilateral alliance with South Korea as well. The Biden administration would note from the Trump administration’s mistakes than pure security alliances without sufficient economic influence and strong commitments to allies cannot be an effective strategy.

Long-term strategy based on democratic values and human rights

While the Trump administration took to coercive strategies such as trade war, sanctions, increased arms sales and military alliances and naval exercises to contain China, the incoming administration is likely to choose a path based on values, democracy and human rights which would be more effective in containing China in multiple fronts from intellectual property rights theft to unlawful economic practices. Reckless trade offensives while affected American industries too, dependence on military strategies without much emphasis on regional organizations, trade and multilateralism at the same time only could heighten tensions. Democratic values and human rights can be instrumental in building long-term ties and partnerships in the region and in providing glue for trade and multilateralism.

The Southeast Asian region believed in the idea of the unity of the region and observance of the principle of neutrality and remained uncomfortable with the American striving for security alliances. On the other side, China’s economic profile in the region continued to grow which also prevented the countries of the region from becoming part of the anti-China alliance. The growing economic penetration of China, in fact, enhanced its strategic footprint while escaping a strong pushback in the region. Similarly, even while the US and India witnessed further tightening up of security ties through the signing of the Communications Compatibility and Security Agreement (COMCASA) in 2018, New Delhi continued to express a desire to maintain a balancing position based on a multi-alignment policy and projected its Indo-Pacific strategy as open to engagement with countries outside the Quad. Thus, a long-term strategy based on democratic values, human rights, multilateralism, trade and investment would benefit the Biden administration in turning the tide in the Southeast Asian region as well as in New Delhi in its favor.

Against the backdrop of Covid-19, while the new administration can leverage on the Trump administration’s efforts at enhancing the strategic influence of the US in the Indo-Pacific by working with allies and providing medical assistance and equipments to small countries of the region, working toward forging and formulating a global response to the pandemic would benefit the US more than resorting to rhetoric.