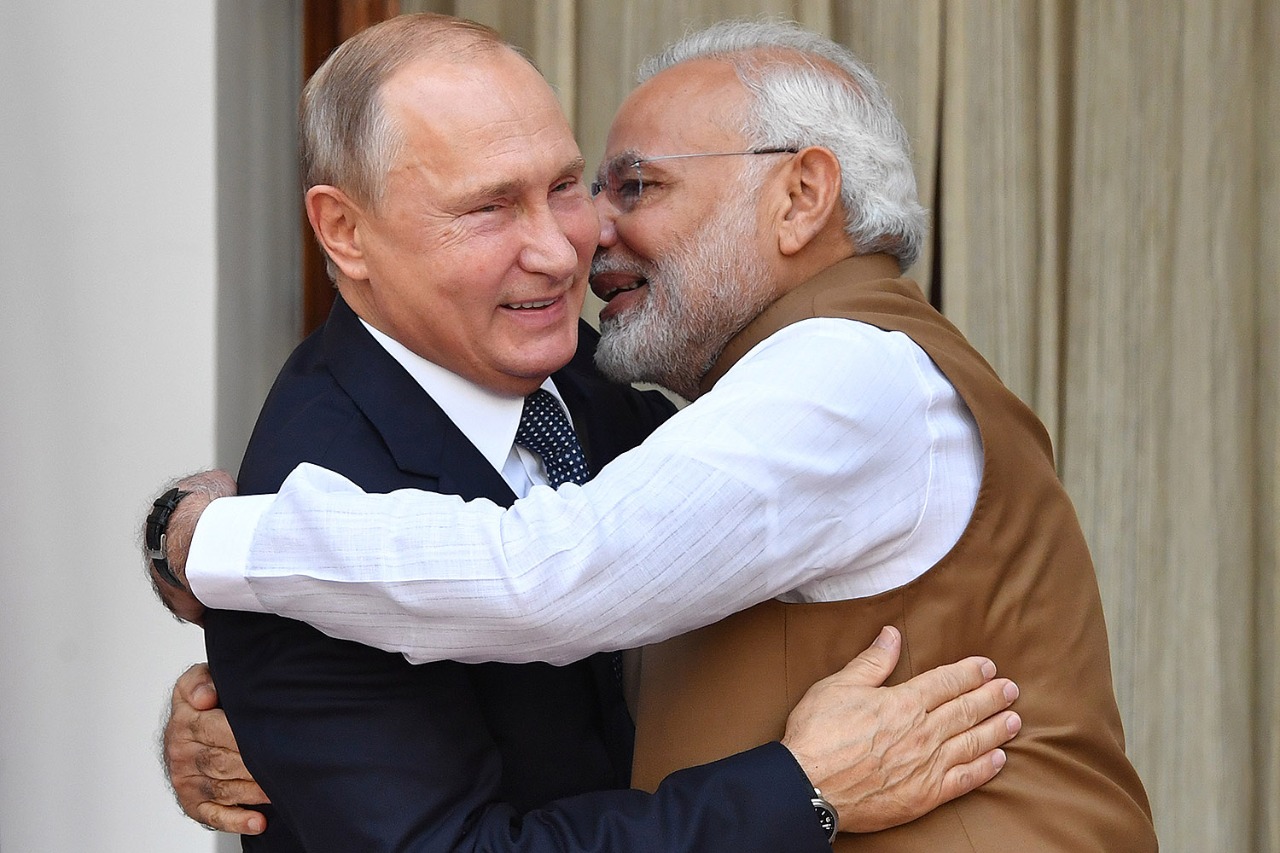 There is more to India-Russia ties than just annual summits

The cancellation of the India-Russia annual summit for the first time in two decades has forced the Indian government to initiate damage control measures. In a statement issued on December 23, the Ministry of External Affairs spokesperson denied a media report that the Quadrilateral coalition or QUAD – an informal alliance of four countries comprising India, US, Australia and Japan – was the reason for the cancellation.

The ministry said, “The India-Russia annual summit did not take place in 2020 because of the COVID-19 pandemic. This was a mutually agreed decision between the two governments. Any imputation otherwise is false and misleading. Spreading false stories on important relationships is particularly irresponsible.”

This came after the opposition Congress party leader Rahul Gandhi had tweeted saying, “Russia is a very important friend of India. Damaging our traditional relationships is short-sighted and dangerous for our future.”

The Russian ambassador to India, Nikolay Kudashev, later said that the special and privileged strategic partnership between Russia and India is progressing well despite Covid-19. “We are staying in a close touch with our Indian friends to work out new dates for the India-Russia annual summit, postponed due to epidemiological reasons.”

There is cooperation at international and multilateral levels, too. Both the countries are members of BRICS (Brazil, Russia, India, China and South Africa) and the Shanghai Cooperation Organisation (SCO). In fact, it was Russia which played a key role in India’s entry into SCO in 2017. Russia also has been a long-standing supporter of India’s membership of the Nuclear Suppliers Group and has reiterated its unwavering support to India for permanent membership in an expanded United Nations Security Council.

It’s in the area of defence that India-Russia cooperation has evolved from a buyer-seller framework to one involving joint research, development and production of advanced defence technologies and systems. “The BrahMos missile system, as well as the licensed production in India of Su-30 aircraft and T-90 tanks, are examples of such flagship cooperation,” according to a statement by the Indian Embassy in Russia.

Furthering this cooperation, an agreement on the production of spare parts for Russian/Soviet military equipment was signed during the 20th annual summit in Vladivostok in September 2019. “During the 17th annual summit, the sides concluded agreements on the supply of S-400 air defence systems, construction of frigates under Project 1135.6 and shareholder’s agreement on the formation of a joint venture to manufacture Ka-226T helicopters in India,” the embassy stated.

Both the countries have identified trade and economic relations as important according to the revised targets of increasing bilateral investment to US$50 billion and bilateral trade to US$30 billion by 2025.

Addressing a meeting of the Russian International Affairs Council earlier this month, Russian Foreign Minister Sergey Lavrov said, “The West is trying to restore the unipolar model of world order. “Poles” like Russia and China are unlikely to be subordinate to it.

“However, India is currently an object of the Western countries’ persistent, aggressive and devious policy, as they are trying to engage it in anti-China games by promoting Indo-Pacific strategies, the so-called “Quad”, while at the same time the West is attempting to undermine our close partnership and privileged relations with India.”

In an online briefing to the media on December 21, Nikolay Kudashev, the Russian ambassador to India, said that India is a “trusted and strategic partner of Russia”. Kudashev and Roman Babushkin, the deputy chief of mission, addressed a range of issues concerning India-Russia, India-China, Indo-Pacific and QUAD.

Babushkin said that India is about to join the United Nations Security Council as a non-permanent member for 2021 and 2022. “The broad agenda is that there will be regular consultation on a spectrum of issues. There is the 75th anniversary of the end of World War II…the great patriotic war and the establishment of the United Nations. Russia will be closely working with India on counter-terrorism, peacekeeping and reform of the UN. We are very much keen on constructive dialogue.”

Regarding India’s participation in the Indo-Pacific initiative, Babushkin said, “Russia is supporting the growing Indian profile globally and regionally. From this point of view, Russia is very understanding and supportive of Indian sentiments better than any other country in the world.

“The remarks made by Lavrov are being discussed in the media. Let us be clear that while understanding and recognising the Indian national concept for Indo-Pacific, don’t forget that there is no unified vision for Indo-Pacific currently because we know many countries are promoting their ‘own Indo-Pacific visions’.”

Babushkin said that this has led to the creation of mechanisms that are “non-inclusive as compared to the Indian approach to the Indo-Pacific, which we understand very well and support the inclusiveness and its reliance on international law.”

He added that there have been attempts by some countries to create containment in the region, “which threatens to jeopardise basic principles for regional cooperation”. “For example, ASEAN centrality and ASEAN unity. That means QUAD would be detrimental to inclusive dialogue in the region.”

Answering a query on Chinese aggression at Line of Actual Control in Ladakh, Kudashev said he hoped New Delhi’s relations with Beijing would reach the same level as the specially privileged and trusted strategic partnership with Moscow.

“We would naturally, in our capacity as a friend to both India and China, welcome enhanced dialogue between New Delhi and Beijing. We believe that this is the key for the future progress of your ties with China and regional stability and security.”

Commenting on the situation in the South China Sea, Kudashev said, Russia is not a party to the dispute, and it is “not the habit of the Russian government” to interfere with bilateral ties between other countries. “But if you would question me what would be our preference, our vision, our goal and our message to the region, it is that we offer a unifying agenda, the concept of the larger Eurasian partnership which should bring the two ends together, which could bring together Russia’s vision, the Chinese vision, the Indian vision.”

Kudashev said that India and Russia are strategic partners and the country is willing to share the most advanced technologies with Indian friends. “Our ties in military and technical fields are second to none. Our proposals are on the table…the fifth-generation fighter Su-57…will be demonstrated in the Aero India show in February in Bengaluru. India can consider and join the project. The Kamov 226 light transport helicopter, the modernisation of Indian Navy or ground forces – you are a most welcome partner. We are almost ready to share everything…there are no obstacles to our cooperation.”

Regarding the export of BrahMos missiles, Babushkin said the system is one of the most successful India-Russia joint ventures. “The success doesn’t stop in India. It is expanding worldwide. There are at least a dozen countries which have shown interest in having such a world-class missile.”

Kudashev said both Russia and India are disciplined members of international arms control regimes and their bilateral military-technical cooperation will not introduce “any threat to the regional balance.”

Amit Chanda
The author has worked with Times of India, Qatar Tribune and Muscat Daily in different editorial positions since he began his career in 2001. He writes on strategic and defence issues for Indian and international publications. He can be reached at amit4400@gmail.com
Tags:
Quad India Russia Indo-Pacific BrahMos missile S-400 defence system Su-30 aircraft
Share:
Share this...