India needs to be cautious against excessive militarization 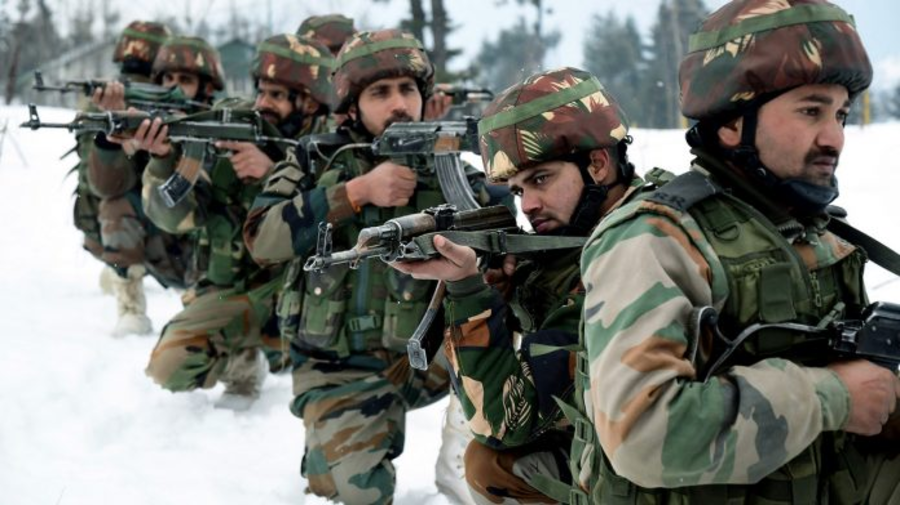 India’s move towards enhanced military preparedness geared toward tackling threats from Pakistan’s as well as Beijing’s suspicious strategic moves in the Indian Ocean and South Asian region turned it into the world’s largest arms importer, accounting for 12% of the total global imports for the period 2013-17 according to data on arms transfers released by the Stockholm International Peace Research Institute (SIPRI). New Delhi’s current drive toward cutting-edge defense technology and sophisticated weapon systems has led it to sign many fresh defense deals with great powers including the S-400 missile system procurement from Russia and signing of the Communications Compatibility and Security Agreement (COMCASA) with the US.

However, considering the fragility of the security atmospherics in the Indo-Pacific and South Asian regions, it must be realized that competition, the balance of power, alliance formation and deterrence cannot guarantee long-term peace. For India, a country with fewer military and economic resources to invest globally and which has relied more on the instrumentalities of soft power and strategic restraint for global clout, a perspective based on peace, development and integration must take priority over a military security perspective to meet the challenges emanating from conventional as well as non-conventional threats like terrorism. Second, an over-reliance on a militaristic perspective would unnecessarily push New Delhi to view and approach the world from a realist perspective based on the assumption that amassing hard power is possibly the only way to realize India’s national interests which goes against the grain of India’s strategic thinking.

While its strategic understanding restrained India from adopting a militaristically adventurist foreign policy, it allowed necessary measures to address its defense concerns. The philosophical undercurrents of non-violence inherent in the philosophy of Buddhism and Gandhian satyagraha tempered Indian notions of pragmatism and helped engender a doctrine of strategic self-restraint. This apart, India, being a developing country with similar anti-colonial experiences, growth trajectory, and Cold War experiences, along with having long-term cultural transactions historically with other post-colonial states, was poised to understand the predicaments of other developing countries in a much better way than many developed countries. This propelled India to recognize the importance of collective, diplomatic, and peaceful efforts toward addressing security issues.

Even while Indian strategic thanking and practices were influenced by Kautilya’s pragmatic ideas contained in his magnum opus Arthashastra and practices of ancient kings and medieval rulers, the doctrines of non-violence inherent in the philosophy of Buddhism and Gandhian satyagraha exerted a decisive impact on India’s strategic thinking.

The Gandhian belief in the force of truth, patience and persuasive means to convert the opponent toward accepting and adopting the moral and right course of action became the essence of India’s non-alignment policy and this eliminated the conception of the enemy and constrained the search for hard power in India’s strategic understanding while it kept alive the desire to work toward a peaceful and democratic world order. Unlike a believer of idealism – a theoretical perspective of the West, India’s non-alignment policy never considered powerful states would behave rationally constrained by international laws, norms and organizations. On the other hand, India considered the active participation of like-minded states as a collective entity in a bid to shrink the space for military and economic dominance and pave way for an alternative world order based on international peace and egalitarian global economic order.

It has been argued by scholars like Bertil Linter that India’s first Prime Minister Jawaharlal Nehru was compelled to decide in favor of projecting India’s hard power along the border in the shape of a forward policy (including measures such as the establishment of military outposts and launching aggressive patrols in the disputed India-China border areas) to deter Beijing from adopting an aggressive posture, the decision did not ultimately work in New Delhi’s favor. Instead, India could have resorted to its soft-power capacities and diplomatic strength, which could have earned it the support of many dominant powers and developing countries, to deter China from launching a military offensive. On the other hand, resorting to a hard power approach only could provoke China, resulting in the border war of 1962.

In a similar vein, India under Rajiv Gandhi’s leadership conceived Operation Brasstacks in 1987 in an attempt to dissuade Pakistan from engaging in proxy wars and resorted to the projection of hard power through a massive mobilization of the Indian Army in Rajasthan near the Pakistan border. The operation failed to achieve its desired objectives and prompted Pakistan to accelerate its nuclear weapons program with Chinese assistance.

India’s sense of victory after launching surgical strikes across the India-Pakistan border has not reduced the incidents of cross-border fire in violation of the 2003 ceasefire agreement. India’s attempts at sending a strong message to its opponent by imposing prohibitive costs unless it changes its behavior seem to have fallen on deaf ears. Consequently, Islamabad resorted to “tactical nuclear weapons” threats to continue proxy wars undermining India’s superior conventional military capacity.

On the contrary, it is India’s belief and practice of military restraint in many instances that was instrumental in pushing the US to clinch the civil nuclear deal even though India is not a signatory to the nuclear Non-Proliferation Treaty (NPT).

American leaders did not hesitate to praise Indian restraint vis-a-vis Pakistan on many occasions after allegedly Pakistani-sponsored terrorist attacks on Indian soil. The Bill Clinton administration prevailed upon Pakistan during the Kargil War in 1999 and asked it to withdraw its forces sent across the Line of Control. The changing gesture of the US toward India, India’s diplomatic efforts to normalize relations with China in the 1990s, and the visit by India’s then external affairs minister Jaswant Singh to China in the midst of the Kargil War led Beijing to maintain neutrality during the war.

As far as Nepal is concerned, resorting to an economic blockade as a pressure tactic toward the end of the 1980s forced Kathmandu to court Beijing, and New Delhi was accused in 2015 of playing an unofficial and covert role in imposing an economic blockade in favor of the Madhesi population as a way to exert influence on constitutional developments in Kathmandu.

The success of India’s coercive strategies in Bhutan in the form of withdrawal of subsidies on kerosene and cooking gas when Prime Minister Jigme Thinley made a suspicious move to court China, allegedly to facilitate a formal diplomatic presence and a land-swapping deal should not mislead New Delhi. This measure was subsequently reversed and the succeeding Prime Minister, Tshering Tobgay, maintained close relations with India. However, India’s ability to coerce Bhutan runs with a caveat that the Himalayan country could move into the Chinese sphere of influence unless caution is maintained.

The Non-Traditional Threat of Terrorism

New Delhi needs to evaluate its defensive and retaliatory conventional military capacities against potential threats (as it cannot go on spending on the military at the expense of other needs of the citizens of the country), it cannot ignore non-conventional threats in the form of proxy wars and cross-border terrorism. These become sustained threats, spilling more blood than conventional wars, and present endless challenges in terms of protecting India’s territorial integrity. Terrorist attacks on the Indian mainland have surged which include high-profile cases such as the assault on Parliament in 2001, the 2008 Mumbai attacks, the Gurdaspur attack in Punjab in 2015, the Pathankot attack in January 2016, and the attacks on the Uri military camp in September 2016, the latest being the Pulwama terror attacks in which at least 40 Central Reserve Police Force personnel (Indian paramilitaries) were killed in a suicide car bombing by an operative of the JeM group (Jaish-e-Mohammad) at Awantipora town of Pulwama district in Jammu and Kashmir (on the Srinagar-Jammu Highway) on 14 February 2019 apart from regular attacks that get less media coverage. In addition, cross-border attacks occur regularly, resulting in military personnel and civilians being killed every day in both India and Pakistan.

Enhanced preparedness in conventional military capacities does not enable New Delhi to handle the threat of terrorism effectively. For instance, a Parliamentary Standing Committee on Home Affairs pointed to intelligence failures and security lapses in preventing terror attacks on Pathankot airbase in Punjab, India. It can be argued that addressing a threat by gathering credible intelligence and tightening defense mechanisms would do more to counter terrorism than mounting offensive strategies that often do not work and sometimes backfire. India must muster more diplomatic capital by continuously engaging with countries sharing similar security concerns.

Prime Minister Narendra Modi chose to invigorate his campaign against terror at international platforms and became successful in dissuading other South Asian countries such as Afghanistan, Bangladesh and Bhutan from joining the SAARC (South Asian Association for Regional Cooperation) Summit hosted by Islamabad in November 2016. The United Nations decision to declare Masood Azhar a global terrorist also bears testimony to India’s persistent diplomatic efforts at voicing its concerns related to cross-border terrorism at international forums.