Commitment to multi-alignment can help India secure its Afghan interests 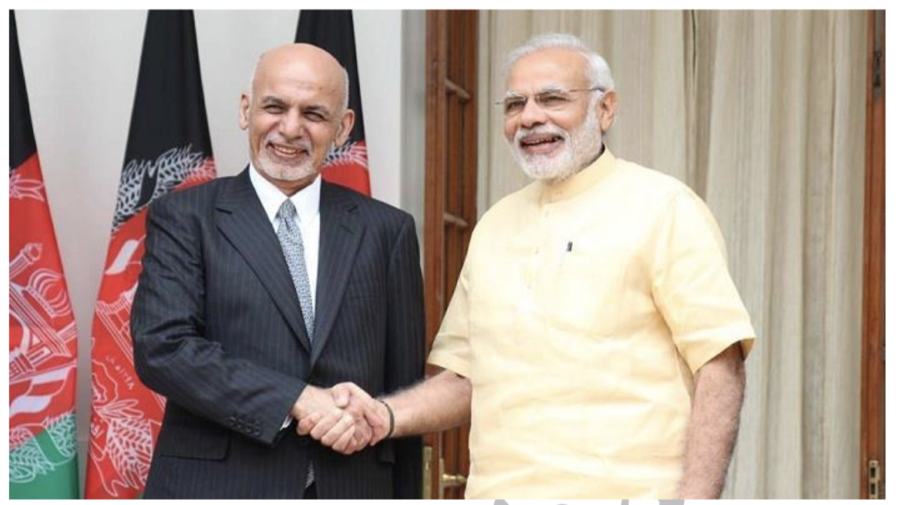 The Afghan peace process is far from its desirable course and the country has been witnessing an unabated surge in violence. The incoming Joe Biden administration in the US may take time to settle on its South Asia policy strategy and to withdraw troops from Afghanistan. It is the right time that India would do well by strengthening its diplomatic footprint in the country. The strategy of multi-alignment that the incumbent Indian government under Prime Minister Modi’s leadership has been keen to pursue rests on the assumption that India can ably defend its business as well as security interests by avoiding the trap of over-dependence on any particular power and maintaining space for maneuverability (strategic autonomy). While this strategy would have served India’s interests in Afghanistan better, New Delhi has remained overly dependent on Washington’s war and peace strategies which could impede India’s presence and interests in the war-torn country once the US pulls out.

So far, geopolitical rivalries between the US and regional powers led the latter not only to unite their efforts to undercut the American presence in Afghanistan, the perceived predominance of Pakistan on the Afghan scene persuaded these powers to court it. India’s dependence on the American-led Afghan war and peace strategies while diminished the prospects of its engagement with regional stakeholders such as Iran and Russia, the American overdependence on Pakistan to execute war and peace efforts further weakened Indian position in Afghanistan. The US-led discourse on good versus bad Taliban to carry forward the reconciliation process undermined India’s long-held anti-Taliban position in Afghanistan. Further, New Delhi’s image-building efforts by contributing more toward post-war reconstruction efforts apparently failed to guarantee it a safeguard against its presence and interests in Afghanistan. Soft power approach in a deeply-divided and conflict-ridden society cannot guarantee India a major profile in the war-torn country where loyalties and influences from various sources are at work. In the evolving scenario, India can best align its objectives with strategies by making serious and continuous efforts at engaging all the regional stakeholders in Afghanistan and evolving common views on Afghan as well as regional security and stability issues independent of American equations with the regional players. Thus, a steadfast commitment to the principle of multi-alignment can help India secure its presence and interests in Afghanistan.

While other powers with stakes in Afghanistan such as Russia and Iran have established contacts with the Taliban, India has chosen to maintain a safe distance from the idea of engaging the group. Nevertheless, the recurring fact that the Taliban remain powerful enough to decide the future political landscape within Afghanistan along with their shades of indigenous appeal drives a caveat that New Delhi needs to open up some possibilities to engage the group. As the internal political dynamics run in favor of the Taliban, India can only defend its security interests in the Afghan scenario by turning the tide of external dynamics by bringing in the influence of other regional stakeholders to the Afghan peace efforts.

Flirting with the principle

Any Indian strategy to get connected to and expand influence beyond Afghanistan into Central Asia has to depend on Russia. However, Indian leadership failed to convince the Russian leadership how critical their partnership is to secure a stable Afghanistan and realize their common objectives. Second, New Delhi did not take serious steps to alleviate Moscow’s concerns as regards its closeness to Washington. Moscow expressed its concerns about Washington getting an increasing share in defense acquisitions by New Delhi. To India’s disadvantage, Russia moved closer to Pakistan and described the latter as its ‘closest partner’ as well as expressed its inclination to seek Islamabad’s assistance to stem the flow of radical Islamism and drug trafficking into the Central Asian region – considered as Moscow’s strategic backyard and made fresh commitments to supply advanced Sukhoi 35 fighters and MI 35 attack helicopters to Islamabad.

Similarly, Iran has been India’s bridge to Afghanistan and Central Asia as New Delhi has for long been denied an overland route to Afghanistan through Pakistan. India, however, failed to take forward its partnership with Iran and develop Chabahar port as the Trump administration rolled back the nuclear deal with Tehran and put up new sanctions. While the leadership in New Delhi has theoretically affirmed that India would only respect sanctions imposed by the UN Security Council, Indian responses to the sanctions imposed by the US against Iran contradicted its assertion and indicated its rising economic and military dependence on the US. For instance, in May 2018, when the US first announced its sanctions, the then-external affairs minister late Sushma Swaraj said India would never abide by unilateral sanctions from the US, and only followed “UN sanctions.” However, Prime Minister Modi went on to assure outgoing President Trump that New Delhi had, in fact, reduced its intake of Iranian oil, in accordance with Washington’s request to “zero out” Iranian oil imports after May 2, 2019. Further, US Secretary of State Mike Pompeo, on a visit to New Delhi, lauded India’s efforts by making an announcement that “assertive” India had stopped buying oil from Iran.

India’s strategic partnership with the US tacitly forced New Delhi to drag its feet from forging an independent policy towards Iran which led to sluggish efforts at carving out an alternative route to Afghanistan. Iranian leadership accused India of not fulfilling its commitment towards developing the port. India’s commitment to the port waxed and waned with the outgoing Trump Administration’s volatile approach toward the issue.

Although some understanding evolved between India and China as to joint partnership in economic projects and capacity-building in Afghanistan following a phase of the downturn in relations in the aftermath of the Doklam standoff, no perceptible progress was witnessed on the ground. The absence of India’s diplomatic capital in the region not only propelled China acquiring a mediating role in Afghan reconciliation efforts with Pakistani assistance, but Beijing also took concerted efforts at aligning the Afghan and Pakistani interests in Afghanistan by brokering strained relations between the two governments. China and Pakistan also discussed the aspects of extending the China-Pakistan Economic Corridor to Afghanistan.

India’s act of putting all eggs in the American basket needs a thorough review and the policy of activating regional diplomacy needs focused attention. New Delhi undertook some but irregular efforts at strengthening its equations with regional powers. However, these intermittent efforts were not sufficient enough to safeguard India’s presence and interests in Afghanistan in the post-US withdrawal scenario.