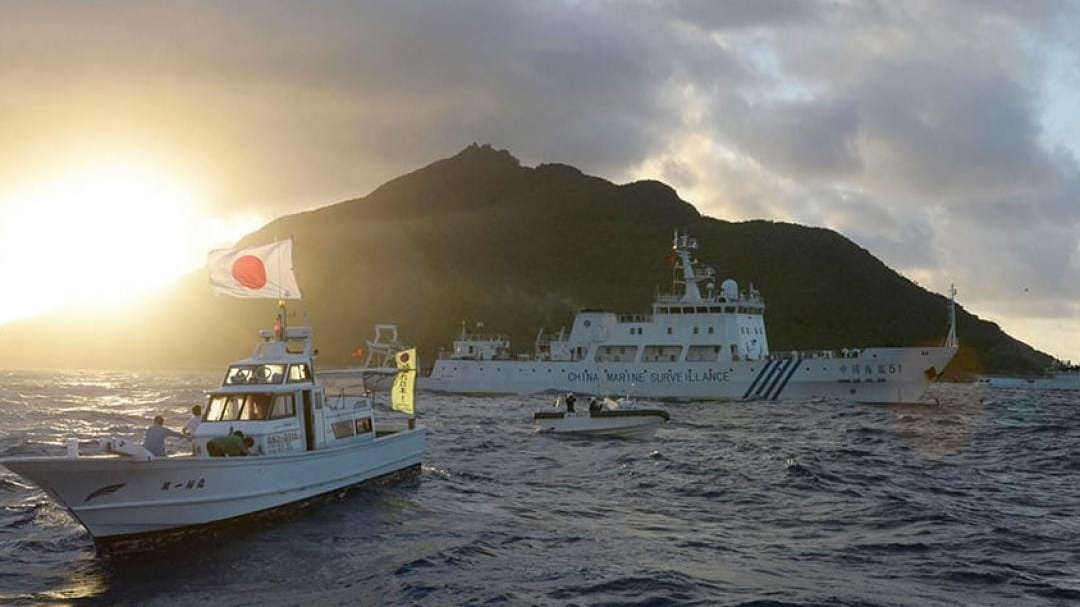 With Joe Biden’s victory as the US President, there comes a deeper understanding of significant changes in the Indo-Pacific region and willingness for strengthening the US-Japan alliance. In October 2020, the US and Japanese troops conducted a tremendous Island-landing exercise in the Pacific, known as the ‘Keen Sword 21’ which are held biennially for more than 30 years now.

This Joint Military Operation was a way to warn China to show that Washington is on Tokyo’s side over Beijing’s claim to Japanese controlled Senkaku Islands. Japanese Prime Minister Yoshihide Suga and Biden agreed to cooperate in strengthening the US-Japan alliance as it is the cornerstone of Japan’s diplomacy and security. Recently, Biden also argued that article 5 of the US-Japan security treaty will be only applied to the defence of Okinawa prefecture and the Senkaku Islands. Article 5 of the treaty states that the US is obliged to defend Japan if its territories come under attack.

The Joint military exercise between Japan and the US troops was conducted to witness the ability of their alliance to deliver combat troops to further defend the Senkaku Islands. The Senkaku Islands are claimed by both Tokyo and Beijing, however, Japan has administered them since 1972. Chinese vessels have been hovering around the island which was highly condemned by Tokyo. The US has recognised the urgent need to counter China’s moves.

China claims most of the sea and invokes the Nine-dash line to further justify its historic rights to the waterway. China has increased its maritime activities in the South China Sea as well as the East China Sea, in response to the increasing US military presence in the region due to the escalating Sino-US tensions.

Ever since 1996, the US diplomats and officials have believed that Senkakus are covered under article 5 of the US-Japan security treaty but it was not recognised in terms of sovereignty. Barack Obama was the first US President to affirm that the US would defend the islands if attacked. However, during his administration, Japanese reasons for the risks and American reasons by China’s strategy were not the same. Japan mostly struggled with the contested sovereignty over the islands and the US tried to pursue a policy of engaging with China on issues like that of climate change. Eventually, the Obama administration became cautious with regard to China’s rise and worked to strengthen the US-Japan alliance. Former US President Donald Trump stated that the treaty applies to the protection of the Senkaku Islands and that the US opposes unilateral actions that are aimed at contesting Japan’s administration over the islands. During the military exercises between US and Japan, the commander of US forces Japan Lt. General Kevin Schneider stated that ‘the United States is 100 percent absolutely steadfast in its commitment to help the government of Japan with the situation of the islands’.

Japan-China’s face-off regarding the disputed islands holds more exigence as the US-Japan treaty obligated Washington to defend the Islands like it’s an American territory. It also further shows that Tokyo and Washington stand firm and united over the issue of Senkakus. Furthermore, PM Suga has expressed support for a ‘free and open Indo-Pacific’ and has also reaffirmed ties with India and Australia, which along with the US and Japan form the ‘QUAD’. However, China’s eye has been on the keen sword which is known to work towards responding to a crisis in the Indo-Pacific region. It is also widely believed that every new US President gives the same commitment of defending Japan and the Senkaku Islands which brings in the signs of scepticism about their relationship. If the US commitment was concrete and solid, then every President would not have to do this every time. President Trump had committed to strengthening the alliance with Japan but demanded more money to station the US troops there.

China’s foreign ministry spokesperson Wang Wenbin iterated his stance where he claimed that the islands are inherent of Chinese territory. He also urged that the US and Japan should not hurt the interests of China and endanger peace and stability in the region. Joe Biden supports Japanese PM Suga in lieu of the rising US-China tensions due to the trade war and the spread of coronavirus. China has always aimed at establishing its assertiveness on the East China Sea, and therefore, China reacted sharply to the remarks made by Biden on the US commitment to help Japan defend the Senkaku islands. Chinese Foreign Minister and State Councillor Wang Yi recently visited Japan and held talks with Suga and Foreign Minister Toshimitsu Motegi. The visit was with an aim of strengthening Japan-China ties after the election of Joe Biden as the US President.

The geopolitical complexities have further intensified around the US-Japan alliance. Major challenges that are evolved include the advancement of North Korea’s missile capabilities, America’s decreasing dominance over the Asia-Pacific and also sceptical attitude in the US commitment to defend the Senkaku Islands. Japan seems to contemplate such issues regarding the US defending the Senkaku islands and upholding its commitment. Evidently, China’s offensive manoeuvring would continue for a long time. Henceforth, the US and Japan shall work on strengthening their alliance to be able to uphold the principles set by the alliance and deter against China. What Japan needs to analyse is whether it will delve deeper into the hostile policies of the US towards China, while China is also Japan’s largest trading partner. A diplomatic solution needs to be addressed to tackle the situation of the Senkaku Islands dispute and efforts shall continue to reaffirm the US-Japan alliance. Moreover, Biden and Suga are likely to meet in February 2021 where more dynamics of the alliance shall come into the limelight.

Simran Walia
Author is a Research Scholar, Pursuing M.Phil in Japanese Studies under the Centre for East Asian Studies from Jawaharlal Nehru University. Prior to this, she was working as a Research Assistant at the Observer Research Foundation. She can be reached at simranwalia995@gmail.com.
Tags:
US-Japan US forces China Indo-Pacific Asia-Pacific US President Geopolitica
Share:
Share this...