The Modern Fighting Machine: The Rise of Asian Air Forces 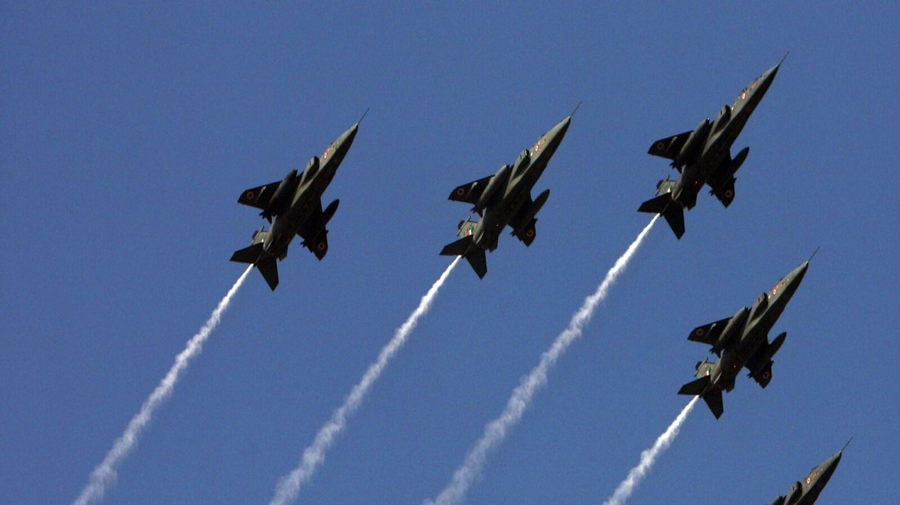 Unlike the army and the navy, the air force is a completely modern invention. Up until the 20th century it simply was not part of the defensive or offensive thought process of military commanders. But one thing is for certain, it changed the game. Since the dawn of mankind, the unleashing of fire is probably the most important technological innovation for imposing destruction. But crucially there were only two ways to go about it, by an army stationed on the ground, or by ships hurling projectiles. In the past, only archers could send fire raining down from the air; with the Persian emperor Xerxes boasting that the arrows from his archers easily eclipsed the sun. The invention of the air force in the 20th century would create the pathway for an entirely new kind of warfare.

There are many stories of young men, from Curtis Lemay to Jerry Rawlings, who looked up into the sky and were so totally transfixed by a moving plane that they devoted a good chunk of their lives to the machines that make flight possible. It is easy to take airplanes and human flight for granted today, but put yourself in the shoes of a child in today’s world: what is a technological marvel that could make them stare in total wonder? A smartphone, a supercar, or perhaps a video game console. For many kids growing up in the first half of the last century, the sight of an airplane gliding through the sky was a hundred times better than whatever you can think of. Many of these kids would go on to join the first batch of air forces across the world. The first set of Air Forces in the world, now this is significant, because we cannot talk about the first navy or the first army of all time because we simply do not and cannot know the first set of people to assemble people on land or in boats to attack others and defend themselves. But the first set of air forces were the Airforce of Finland (1918), British Airforce (1918), The South African Air Force (1920), Italian Airforce (1923), The Airforce of Afghanistan (1924), The Airforce of Chile (1930) and the Egyptian Airforce (1937).

In less than 30 years, all of them would go on to become integral to the military set up of their respective geographical entities; with equivalent ranks similar to the more ancient services like the navy or army. Their importance could be cemented by what some would argue is the most significant event in recorded military history: the atomic bombings of Nagasaki and Hiroshima by the United States Airforce in 1945. A weapon greater than even fire, dropped by a member of the air force, transformed the entire course of a war. It decided who won and who lost. Read the last sentence again, and marvel at the fact that in 1900: the airplanes, the air force, and the men that would learn to fly them simply did not exist. The use of nuclear weapon was a turning point in history. In just three decades the air force went from a complete non-entity to arguably the most important division in any military commander’s arsenal. A lot of the focus has been placed on the proliferation of nuclear weapons, but it is arguable that from then on, every nation intent on becoming a military power, prioritized the air force, and this is quite evident across the Asian continent.

In the 21st century, the modern Chinese state shed its dependency on reverse-engineering older generation Russian fighter jets and has forged a path of its own. Today, China is amongst the elites in air weaponry innovation. Its Chengdu J-20 combines modern airframes with advanced avionics, low cross-section radar, and other state-of-the-art features. It’s neighbour India also recently awarded a contract to Tata Power Strategic Engineering Division (Tata Power SED), a defence business of the Tata Power Company, for the modernisation of 37 Airfields infrastructure of Indian Airforce (IAF), Indian Navy and Indian Coast Guard (ICG). Across the pacific, the Japanese also started their own fighter program after the United States refused to sell the Lockheed-Martin F-22 Raptor stealth air superiority fighter. In April 2016, the Mitsubishi Heavy Industries’ X-2 “Shinshin” (formerly the ATD-X) took to the skies. This century has seen a rise in innovation and a changing of the status quo, and today seven out of eleven of the best air forces in the world are located across the Asian continent.

The comparable ranks of the military hierarchy (Commissioned Officers)