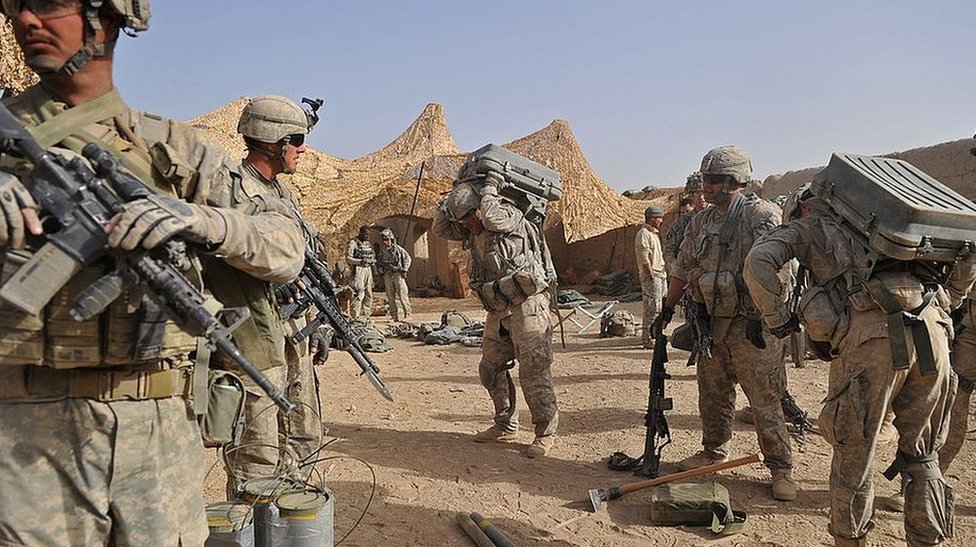 While The White House is a revolving door, there are particular concerns that have remained constant over the years. Afghanistan has been the longest war in U.S. history, and its civilians have been caught in the crosshairs of political turmoil, poverty, and violence. The Taliban, once a principal target, now sits at the negotiating table, owing to the situation where the Taliban has surged ahead by controlling more than half of the country. The call for peace although clamorous, has not yet yielded many results.

Afghanistan has been a significant U.S. foreign policy concern since 2001 as illustrated by Congress appropriating $141 dollars for reconstruction and sustenance of security forces in the country. The Trump administration signed an agreement with the Taliban on February 29, 2020 which warrants the withdrawal of international and American troops. However, agreeing to conclude American military efforts in Afghanistan does not provide enough impetus to peace in the region. Negotiations among Afghans has also been a vital component of Afghanistan’s peace process. The Intra-Afghan talks sought to achieve a settlement, which began in September 2020 and was considered a major breakthrough and a significant step towards the right direction in attaining stability in the region. While the beginning of the talks was well appreciated by the international community; running simultaneously in the background was a surge in violence in the South Asian nation. The talks began after six months of back and forth between the government of the Islamic Republic of Afghanistan and the Taliban over the contentious issue of the release of prisoners. Even though prisoners were released before the initial date set up in March, it was delayed and the talks began in Doha on 12 September. The Taliban continued to demand the release of more prisoners; Head of Afghanistan’s High Council for National Reconciliation, Abdullah Abdullah expressed that in hopes of moving towards the restoration of peace, prisoners were released by the government. At the negotiating table, two major issues plague the peace process in the country. The reduction of violence and the future of Afghan governance. These two factors will define the nature of the U.S.’s exit and contour the trajectory of peace.

The Biden Presidency in the Wake of Withdrawing U.S. Troops

The Taliban has already urged the next U.S. President Joe Biden to adhere to the deal signed by the previous Presidency. While the Trump administration has reiterated the withdrawal of troops, progress has been slow. This could possibly be due to the fact that the administration believes the Taliban has given considerable indications that they do not intend to honour the deal forever. Evidence still points to Al Qaeda being hosted by the Taliban. The group has had a penchant for survival even when countless military operations have been conducted. Washington’s primary concern, irrespective of who is in the White House, is the Al Qaeda under Taliban protection in the country. This gives way to an underlying problem of the peace process. A trust deficit, not just between the U.S. and the Taliban but among Afghans as well.

President Donald Trump has affirmed that the troops will be brought back home by Christmas, but much is yet to be seen on how the disengagement from Afghanistan is handled. The conditions of the disengagement will be determined on the commitment from the insurgents and there are expectations on the Taliban side on Washington’s commitment to withdraw all U.S. troops by May 2021.

There are an urgent set of decisions that await President-elect Joe Biden and his team. Expecting a seamless exit strategy from Afghanistan is a pipe dream. The Covid-19 pandemic has already presented a challenge to the next administration. The health crisis in Afghanistan is an additional obstacle for the United States apart from pre-existing security concerns. Furthermore, the Biden Presidency might also have to keep a small troop presence until an Intra-Afghan peace deal is achieved between Kabul and the Taliban. The U.S. also has to be mindful of a hasty withdrawal as it could possible be a theatre for further regional instability and what Afghanistan can descend into.