Diplomatist > Asia > Home Featured > Can the Script on Taiwan’s International Identity be Changed?

Can the Script on Taiwan’s International Identity be Changed? 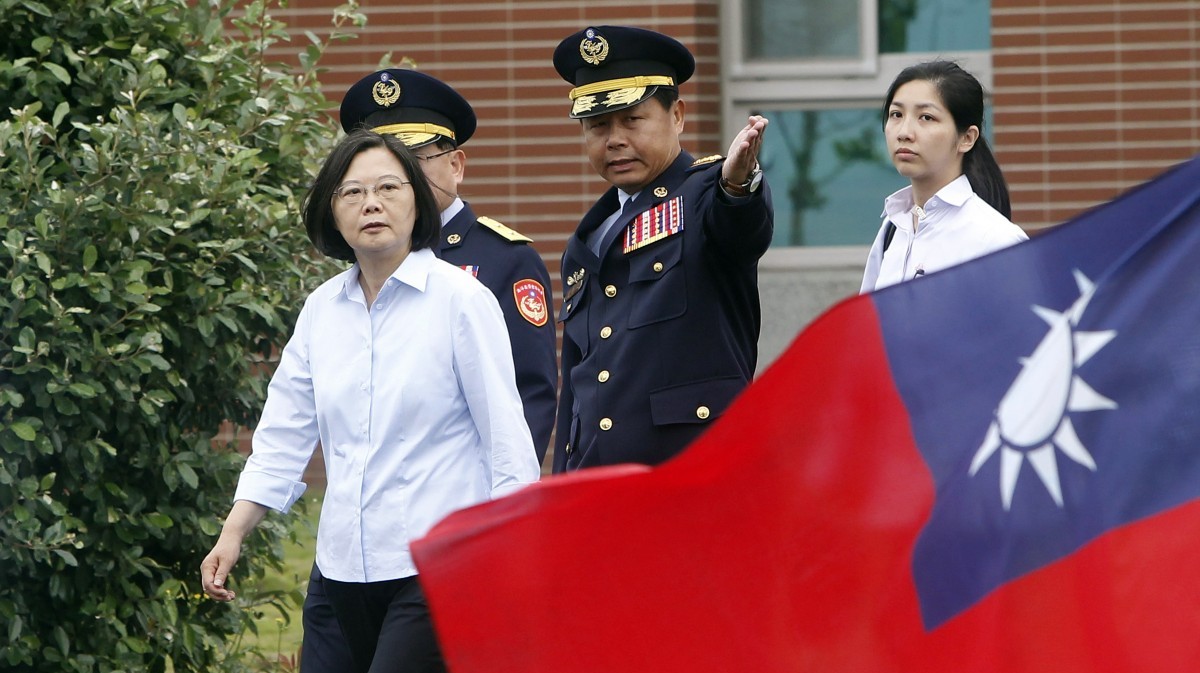 Geographically located less than a hundred miles from mainland China where the coronavirus outbreak began, Taiwan was at high risk of a large-scale epidemic. With a population of 24 million Taiwan has reported a total of only 608 cases of the virus and seven deaths. It has about 60 active cases. With no locally transmitted SARS-CoV-2 /COVID-19 cases and deaths in single digits, Taiwan’s alertness to the pandemic from the very beginning has been exemplary. Now as COVID-19 cases are again rising in the occurrence of a second wave Taiwan has again succeeded in keeping its local transmission rate at zero.

COVID-19 hit just before the Chinese Lunar New Year on January 25, 2020, when many people travel. Taiwan quickly reacted and implemented measures to protect public health. On December 31, 2019, when the WHO was notified of several cases of pneumonia of an unknown cause in Wuhan, health authorities started the practice of boarding flights arriving from China to assess passengers for symptoms before they could deplane. Those exhibiting symptoms were immediately quarantined. After Taiwan was hit by the SARS outbreak in 2003 a Central Epidemic Command Center (CECC) was created to increase the island nation’s preparedness for disease outbreaks.  On January 20, 2020 the day a 55-year-old woman arrived from Wuhan at Taiwan Taoyuan International Airport exhibited COVID19 symptoms the CECC was reactivated.

Using technology to tract Individuals with exposure to SARS-CoV-2

Taiwan has used technology to manage the spread of coronavirus. In mid-February, Taiwan launched an entry quarantine system which enables inbound travelers to scan a QR code and complete a health declaration form before landing at an airport. Taiwan’s authorities track those under quarantine at home were monitored electronically on mobile phones. Data collected from the national health insurance system facilitate contact tracing. Toll-free hotlines allow citizens to report potential new cases.

Digital Democracy – Steps were been taken to respond to disinformation as well. Government departments were addressing disinformation by providing a “memetic” response according to the “2-2-2” principle requiring concerned ministries to respond within 20 minutes, with 200 words and 2 images. It is probably the only country which did not impose a lockdown since the outbreak.

Despite the stringent measures that it adopted to contain the virus, there were harsh lessons even for Taiwan. It had permitted the docking of the Diamond Princess Cruise ship and allowed passengers to disembark at the Port of Keelung on January 31, 2020 before the ship departed for Japan. The ship was later found to have confirmed infections on board. But Taiwan’s Centre for Disease Control proceeded with contact tracing and categorization and tracking of disembarking passengers’ travel plans.

Although Taiwan’s stockpile of medical supplies and equipment was substantial at the onset of the crisis, the government was not complacent. It mobilized the military and used state funding to increase mass production. In early April Taiwan began supplying medical necessities to the rest of the world, producing nearly 7 million masks per day, even sending them to the US and Europe.

Exclusion from the WHO

Taiwan’s achievement in containing the COVID-19 pandemic is especially notable since it is not a member of the World Health Organization (WHO). A secret Memorandum of Understanding that was signed in 2005 between the WHO and China stipulated that interaction between Taiwan and the WHO, other than in a case of an acute emergency, was subject not only to approval by the WHO Secretariat but also by the Chinese Ministry of Health in Beijing.

During the Presidency of Ma Ying-jeou, in a goodwill gesture, the PRC allowed Taiwan’s Centers for Disease Control (CDC) to be invited to join the new WHO International Health Regulations (IHR), in 2009 giving Taiwan access to updates about infectious diseases. Later that year Taiwan was invited as an observer to the World Health Assembly (WHA) the decision-making arm of the WHO. Yet Taiwan’s experts were excluded from many WHO technical meetings and the island nation was listed as “Taiwan, Province of China” or “Taiwan, China” in the official WHO documentation. For Taiwan, being called explicitly a province of China was an important setback in its WHO participation. In the last decade, Taipei has sat at only 30% of WHO meetings.

After the election of President Tsai Ing-Wen of the Democratic Progressive Party, China blocked Taiwan’s observer-ship. Since 2017, the PRC has ensured that the Republic of China/ ROC (the official name of Taiwan) is excluded from the WHO in an observer capacity. The US, UK, Australia and Japan publicly support the ROC’s bid for membership in the WHO as an observer. President Tasi’s tough stance on rejecting PRC’s offer of accepting the ‘One China, Two Systems’ policy means that since 2016 Beijing has suspended all official communication with Taipei. In January 2020 Tsai Ing-wen re-elected to a second term.

Even though the world over, Taiwan’s model of containing the coronavirus was applauded, it was excluded from participating in the November 9-14, 2020 World Health Assembly (WHA) meeting due to political interference by China. The fear of souring relations with the PRC has ensured that Taiwan’s political status has stayed in limbo since 1971. All but the Holy See and 14 other countries have severed diplomatic ties with Taiwan. In September this year, Taiwan redesigned the cover of its passport. It made the word ‘Taiwan’ more prominent while shrinking its official name ‘ROC’ to better distinguish between travelers from Taiwan and mainland China.

Possibility of including Taiwan in the international system on a sovereign basis?

After China and Hong Kong, Taiwan was the third hardest hit by the 2003 SARS epidemic, but its calls to the WHO for help remained long unheard. Applying the difficult lessons learned then Taiwan has contained the latest coronavirus epidemic. Despite this Taiwan must work overtime to compensate for its exclusion from the WHO. Taiwan is not privy to timely information through WHO databases that are available only to member states. Taiwan’s health authorities rely on bilateral arrangements with friendly governments and NGOs.

The pandemic has proven that Taiwan is an integral part of the global public health network and a timely implementation of the Taiwan Model could have helped other countries combat the pandemic. Health professionals from Taiwan are collaborating with the US on tests, vaccines and sharing best practices. The question is whether in light of Taiwan’s exemplary handling of the deadly SARS-CoV-2 the state-based United Nations system would consider accommodating Taiwan. China adamantly refuses to grant Taiwan this sovereign right. Other than the fact that it is one of the five permanent members of the Security Council, it also enjoys increasing international clout outside the UN system.

As the COVID-19 pandemic continues to rage around the world, in a second wave, it is a wake-up call to humanity that diseases do not respect borders or sovereignty claims. Global health security is harmed by the exclusion from the WHO of the 24 million people who reside in the island nation of Taiwan.

Vaishali Basu Sharma
Author is an analyst on Strategic and Economic Affairs. She has worked as a Consultant with the National Security Council Secretariat (NSCS) for nearly a decade. She tweets at @basu_vaishali
Tags:
Indopacific China WTO Taiwan who COVID-19
Share:
Share this...