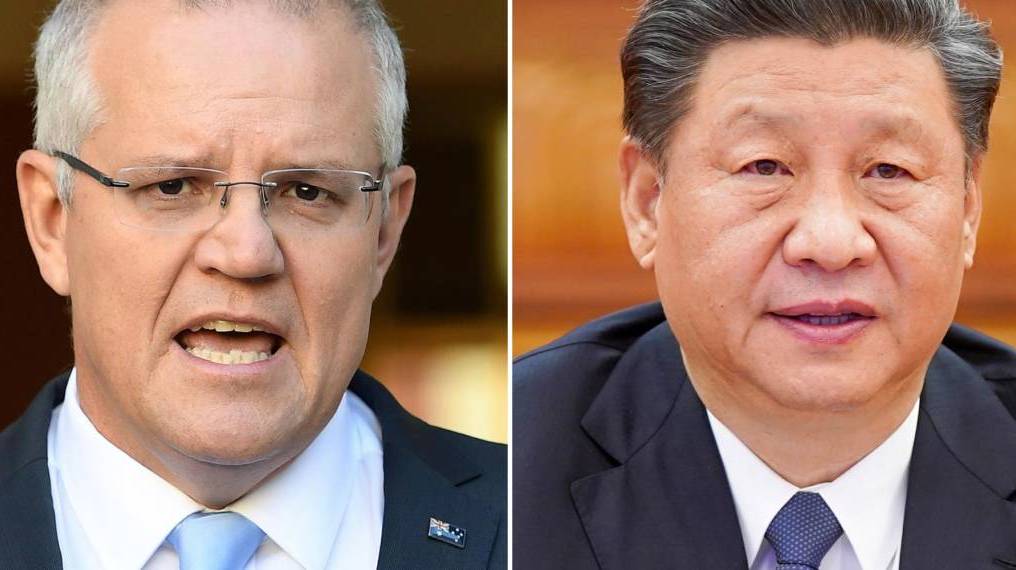 On Monday 30 November 2020, Australia’s modern relationship with China reached its nadir. A month that had already seen the Chinese Embassy issued a list of 14 demands to Canberra and tariffs of up to 200% placed on Australian wines, concluded with a Chinese foreign ministry spokesman posting a propaganda image of an Australian soldier decapitating a child. How had the relationship between two major trading partners gotten so bad?

Former Prime Minister Tony Abbott once jokingly said that Australia’s relationship with China is driven by two motivations: fear and greed. There is a great deal of truth to this statement, as Australia’s continually oscillating policy towards the Middle Kingdom attests.

On the one hand, Australia is highly economically reliant on China, with the country taking over 30% of Australia’s exports. China’s high demand for natural resources fuelled an uninterrupted 29 years of economic growth (1991-2020) in Australia, which only the disruptions of COVID-19 managed to stop.

On the other hand, China is also seen as the only credible threat to Australia’s long-term security. Beijing indirectly threatens Australia’s position by seeking to displace the United States – Canberra’s great protector – from the region. It is also increasingly posing a direct threat, as Beijing moves to increase its blue-water naval capabilities and develop long-range expeditionary forces.

Beijing’s recent actions have shifted the consensus of the Australian defence and foreign policy establishment firmly into the latter camp. China’s aggressive assertion of its claims in the South China Sea have unnerved Canberra, as have its recent attempts at hostage diplomacy with the Australian citizen’s Yang Hengjun and Cheng Lei. The shift of China’s domestic system in a more autocratic direction has also increased concerns about the intentions of its leaders, such as with the removal of term limits for President Xi in 2018.

The factor which has caused the greatest amount of rancour among Australian decision-makers, however, has been an ongoing scandal over the attempts of the Chinese government and Communist Party to influence Australia’s domestic politics. This issue dramatically burst its way onto the national scene in 2016, in the form of prominent Labor senator Sam Dastyari. Over the course of several years, it was revealed that Dastyari had received money from entities with ties to the Chinese government, warned a Chinese businessman alleged to be an agent of influence for the Chinese Communist Party (a charge which the man denies) that he was being monitored by Australia’s intelligence services, and made pro-China speeches on the South China Sea that contravened his own party’s position. Dastyari ultimately resigned from federal parliament in 2017, but the question of Chinese influence has emerged many times in the years since.

In response to these concerns, Canberra began a series of moves to curtail Chinese influence at the domestic level, and build alliances against Beijing abroad. In December 2017 then prime minister Turnbull set the tone for years to come by publicly announcing in Mandarin and English that it was time “the Australian people stand up [sic]” as “there has been foreign interference in Australian politics”. The year of Turnbull’s speech, Australia helped to revive “the Quad” security dialogue between India, Japan, Australia and the US, which Beijing views as an attempt to encircle it.

Things have only escalated since then. In 2018 Chinese telecoms firm Huawei was publicly banned from supplying 5G mobile infrastructure in Australia, and law similar to the US Foreign Agents Registration Act was passed. 2020 saw even more action from Canberra, which demanded an independent investigation into the origins of COVID-19, blocked the Chinese purchase of an Australian dairy company on national security grounds, moved towards signing a defence pact with Japan, and renounced its previous neutrality on the South China Sea issue by stating that China’s claims have “no legal basis”.

While these efforts have largely been directed towards safeguarding Australia’s political independence and maintaining the power status quo in Asia, this is not how Beijing has viewed the situation. For Beijing, Australia is not merely an ungrateful beneficiary of its economic rise, but a hostile power which has acted as a world leader of efforts to curtail its influence. Australia’s ban on Huawei equipment predated bans in other countries, and it was also one of the first to demand an independent inquiry into the origins of COVID-19. In China’s view, Australia must therefore be singled out and made an example of, in order to reduce the likelihood that other states will follow its lead.

The future of Australia-China relations will continue to be plagued with tension, even after it recovers from this latest low point. Both sides increasingly view the actions of the other as violating their core interests, while at the same time failing to set out realistic parameters for the relationship. China still believes that with the correct leverage it will be able to manoeuvre Australia out of the US orbit, while the Australian government still publicly entertains the fantasy that the economic relationship with China can exist in isolation from the political one. Australia and China are simply too different to ever have a trouble-free relationship. But more realistic expectations from both sides will ensure that the grotesque grandstanding and absolutist demands of the last few months will become a thing of the past.