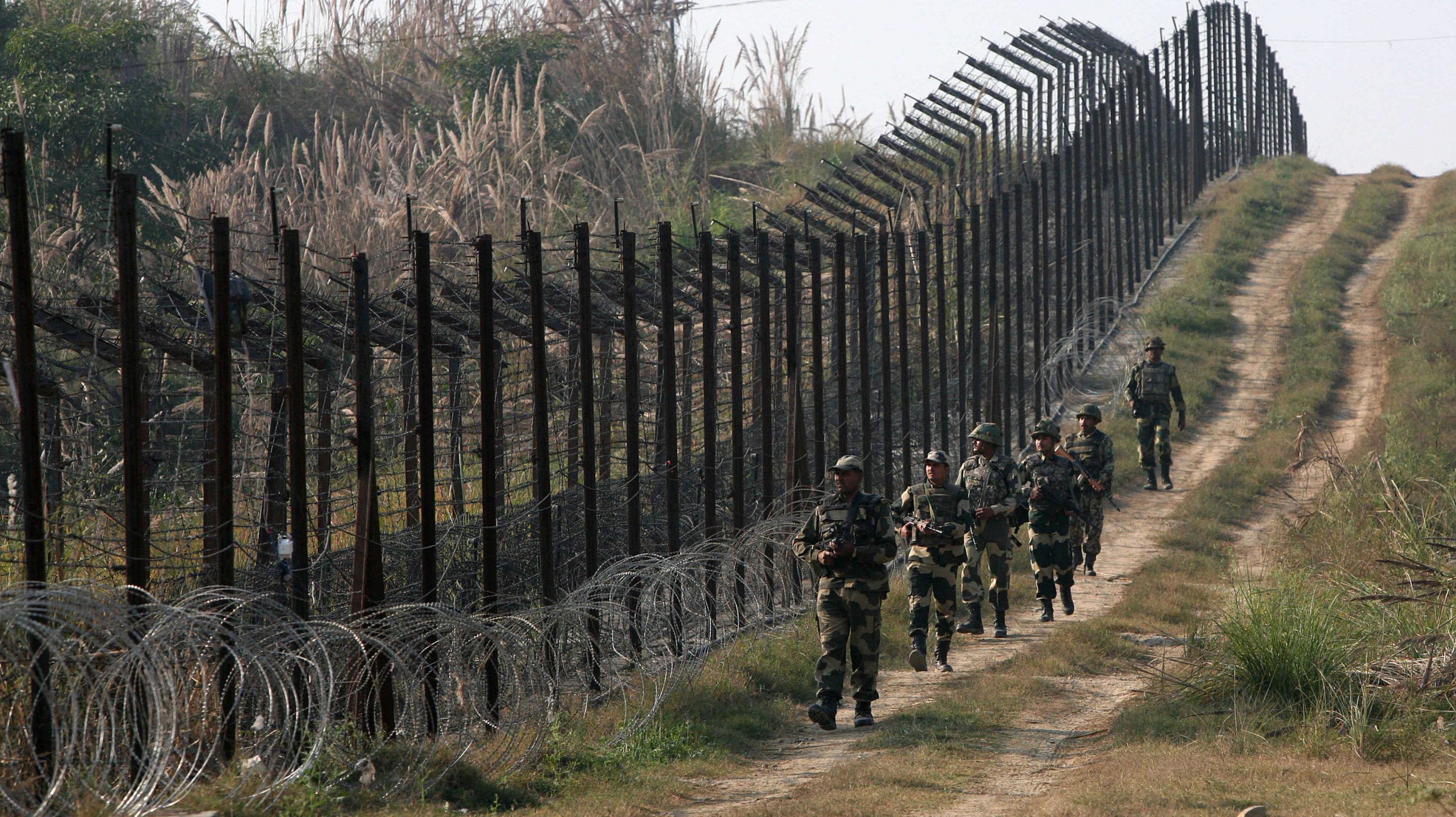 Of late, the line of control became heated again in the clash between India and Pakistan just on the eve of the pious ceremony of Deepawali. The Indian army claims that the Pakistani army carried out the attack without any provocation in the area from Gurez to Uri under the Jammu-Kashmir region. As a result, a total of 10 were killed including 3 army officers and 1 BSF Sub-Inspector. The remaining 6 were villagers. Several young jawans and local residents were seriously injured. The Indian army claims that 6 Pak soldiers were killed in the retaliatory attack. The Pak army has suffered heavy losses too. Pakistan, however, claims that India has carried out the attack first which means that the old tradition of blaming India continues till now.

In fact, Pakistan’s desperation has increased since India’s unilateral move of integrating the state of Jammu and Kashmir in August last year which it failed to thwart even by raising the issue in different international fora including the UN and even during the emergency virtual meeting of the SAARC in the wake of the pandemic; The most frustrating on its part was the lackadaisical response of the OIC and the GCC countries of India’s extended neighbourhood which did not side with Pakistan on the point of putting pressure on India on Kashmir. Since then it was expected that Pakistan was contemplating similar armed action along the Line of Control (LoC) and thereby it purported covertly to ensure militant infiltration into India before the snowfall in Kashmir, especially on the twelfth anniversary of the 26/11 attack in Mumbai. Some defense experts believe that the incident of that day was a part of a bigger game plan. The Indian army corroborated that Pakistan repeatedly violated the ceasefire in the districts of Baramula, Kupwara in North Kashmir. The Pak army fired mortars at the Nambala Sector of Baramula. Two Indian soldiers were killed in the attack. Motivated by purpose, the Pak army fired on innocent villagers too. According to defense sources, ‘the Pak Army started firing rampantly in sectors from Churanda to Silikot, Garkot, Hatlanga, Nambala, to name few.

According to the Indian army, Pakistan has been given befitting answers all the time. 6 to 7 Pak soldiers were killed as a result of the Indian army’s counter retaliation and ‘many Pak army bunkers, weapons, fuel bases and launch pads have been destroyed.’ Criticizing Pakistan’s activities Rahul Gandhi expressed ‘Whenever Pakistan violates the ceasefire, their panicked looks and weaknesses are revealed’. Pakistan’s counter-allegations are: India has targeted ordinary people in their territory.

On the other hand, BSF IG Rajesh Mishra claimed that all the military launch pads were active in the Pak-occupied Kashmir; Given Pakistan’s grave risks of twin Achilles heel—the vulnerabilities of the current PTI regime aggravated by the structure of the Pakistani economy lacking autonomy and standing “on the brink of meltdown” and it’s greylisting by the FATF which is a serious blemish on the reputational level, it is quite surprising that far from capitulating to the mounting pressure, the government is playing to mystify its lack of control either over the tottering public health system or its inability to deal with hard-line Islamist protesters or Shiite-Sunni divide with the cover of an anti-India bogey for which the easy resort has always been to open fire from its side of the LoC. Thus today’s Pakistan resembles a contradiction which is evident in the title of a Foreign Policy article Poor Nation, Rich Army by Taha Siddiqui. According to him, Pakistan has been in the care of the IMF for the last 22 years. Its inflation is growing rampantly. One-Third of its population lives under the poverty line and the country is ranked at 150 out of 189 countries in the latest UN Human Development index. So, with this kind of wretched condition when it avoids or is compelled to avoid direct war against India, its war machinery creates its own demand to test its strength or to get rid of its security dilemma. That may be what is happening now because in the case of Pakistan we have the previous experience of its sudden change of gear despite certain opportunities like opening the Kartarpur Sahib corridor which could cement bilateral relations. In addition, reportedly this time about 300 militants were ready to infiltrate the land of heaven, Kashmir. Before the starting of snowfall, Pakistan’s short-term agenda was to facilitate the infiltration of the militants into Kashmir. In fact, it has a remote connection with the peace process in Afghanistan and the dialogue in Doha in which the Taliban’s position is getting strengthened. While realizing this, India faces a catch-22 situation because, on one hand, it tries to engage with the peace process which in turn requires a complete turnaround in India’s hitherto stance of not engaging with Taliban on the ground of its deep nexus with Pakistan, and on the other hand, any change in India’s stance to accept and negotiate with Taliban directly or through Russia might be taken as India’s softening of posture and that might encourage al-Qaeda forces to attack Indian position in Kashmir.

On the contrary, Pakistani Foreign Minister Shah Mehmood Kureshi claims that Pakistan found cogent proof of terrorism in the Khayber-Paktunkhoya and the Gilgit-Baltistan region, and that proof would be submitted to the United Nations. In its reaction, Mr. Anuraag Srivastav, a spokesman in the Ministry of Foreign Affairs, informed that New Delhi thought that this entirely fabricated charge like in the past is a familiar line toed by Pakistan against India since its inception; In fact, Pakistan can never accept India’s dominance in South Asia or for that matter in the international plane. By contrast, Pakistan intends to spread its dominance at the expense of India since its inception. This is the rivalry between Pakistan and India. India also condemned, on the other hand, the election in the Gilgit-Baltistan of Pakistan occupied territories. Mr. Anurag Sribastav told on 20th Nov. 2020 that Pakistan was trying to hide its illegal activities including support to terrorist acts in Jammu-Kashmir by the commencement of election in the Gilgit-Baltistan. He emphasized more than Gilgit-Baltistan was India’s inseparable part since 1947.

It is interesting to note that for all these incidents new round of geopolitical tensions are erupting day by day particularly during this pandemic situation as we saw recently between Armenia and Azerbaijan. We can also mention here the continuing Sino-Indian border tensions. Therefore it may be observed that this cross-border terrorist provocation is a part of their broad game-plan to subdue India. Such geopolitics can spark instability in the regional setting because anytime such border tension could mobilize blind nationalism evoking hard-line posture to mar the prospect of transformation in the subcontinent. PM Khan is a hardliner and a populist. Naturally, mutually pitted leadership has put SAARC in a state of the deep freeze. Another point to keep in mind is that even in this age of information revolution, the number of phone calls between the two sides is very restricted. Also, Ashish Shukla in a commentary in ICWA aptly observed that “there are many hawks and quite a few doves that try to influence the foreign policy decision-making process in their respective countries”. Obviously, such an incident if escalates tension, the entire region might turn into a fragile glass palace and its spillover can stall the Afghan peace process which is a very sensitive issue in the South Asian region. Besides, we can see it from the perspective of who gains and who loses from this border terrorism and all that. It may be said that Pakistan may feel emboldened by China and Turkey vis-à-vis India. Pakistan’s motive may be to provoke military tension so that its dormant foreign policy can find a new bogey to assert its position. This apart, Pakistan is clever to understand that the US will not easily interfere in the situation now. Moreover, it could be a counter-game plan of Pakistan against India because Pakistan perceives the Indian hand in its Pakhtun opposition against CPEC. Thus, there may be a number of reasons that can help to unravel the secret motive of Pakistan.