Diplomatist > Asia > Home Featured > Afghanistan in Biden’s Worldview: What Next?

Afghanistan in Biden’s Worldview: What Next? 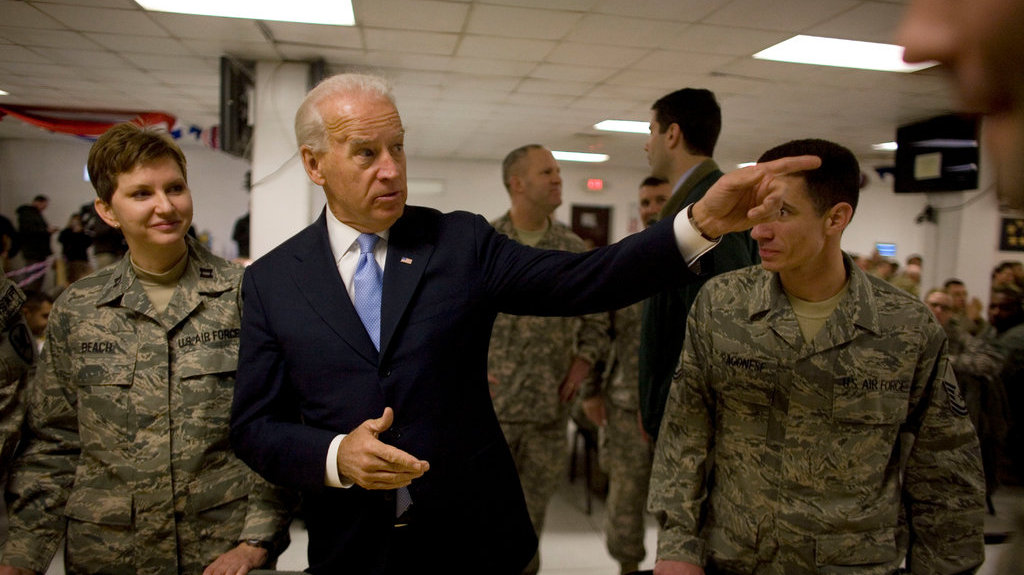 The election of former Vice President and Senator Joe Biden as the 46th President of the United States has given rise to a number of assessments and speculations about the broader direction of U.S. foreign policy as well his approach to particular regional priorities and bilateral relations. In terms of priorities, negotiating the way out of America’s longest war in Afghanistan has remained a barometer of foreign policy success among successive American presidents. The eventual consequence of Trump’s presidency in Afghanistan has been the peace agreement between the United States and Taliban signed in Qatar, which has paved the way for the more treacherous intra-Afghan talks but has hardly calmed nerves among the stakeholders in the war-torn country. The future of Afghanistan remains in dire straits as Biden prepares to assume office early next year in Washington. Nevertheless, as was expected, the change of guard in Washington has renewed debates on America’s next steps as the Biden team prepares to inherit the Afghan quagmire and decide the shape of things to come for the future of U.S. role and presence in Afghanistan.

There seems to be a prevailing view that Biden will not make any radical changes to Trump’s broader withdrawal plan from Afghanistan. Much of the assessments and debates seem to be revolving around the specifics of how the plan is to be carried out amidst the complexities of the intra-Afghan talks over a ceasefire and the future of political power arrangement in Afghanistan. Biden’s disenchantment with greater involvement of American troops in Afghanistan has been widely reported and his support for reconciliation talks with the Taliban and a leaner American presence has been emphasized. During his tenure as President Obama’s Vice President, he had expressed his disagreement over sending additional troops to Afghanistan and seemed to insist on a narrower counter-terrorism approach.

In an interview to Newsweek, Vice President Biden commented that “the Taliban per se” was not America’s enemy and emphasized the salience of reconciliation wherein the Taliban “commit not to be engaged with al Qaeda or any other organization that they would harbor to do damage” to the United States or its allies. An article that President-elect Joe Biden wrote during the presidential campaign for Foreign Affairs suggests that he does not seem to have changed his opinion much. He argued for ending the “forever wars”, bringing most of the U.S. troops from Afghanistan and limiting their mission to defeating Al Qaeda and ISIS. He emphasized on focusing on other instruments of American power, more particularly the role of diplomacy. The Trump administration was widely criticized for its lack of attention and reliance on America’s traditional corridors of diplomacy. As such, it will be important to watch, just how differently, a Biden presidency will employ the regional bureaus of the U.S. State Department, especially in engaging countries like Pakistan to deal with the Afghan quagmire.

Biden has come a long way since his days as the Chairman of the Senate Foreign Relations Committee when he co-authored the Afghanistan Freedom and Support Act of 2002 that authorized reconstruction and security assistance for the war-torn country. He was also the co-author of the Afghan Freedom and Support Act of 2007 that approved a significant increase in reconstruction assistance for Afghanistan followed by his suggestion for a troop surge in Afghanistan. Vice President Biden instead abandoned his argument as conveyed in his memo for President Obama where he cautioned the latter about Pentagon’s strategy, which he believed, was too focused on the Taliban than Al Qaeda. Biden’s experience with the political scenario in Afghanistan and the incapability of former President Karzai contributed to Biden’s growing pessimism towards Afghanistan. Biden has maintained that he is against the notion of nation-building in Afghanistan and the U.S. should focus on terrorism in the region, even making a statement that it is impossible to unite Afghanistan.

America’s latest national defense strategy released during the Trump administration shifted the focus of U.S. priority to inter-state strategic competition from that of combating terrorism. Therefore, it will be incumbent upon the new Biden team to recalibrate the future of U.S. counter-terrorism strategy in general and its approach to the Afghan theatre in particular. While it does not seem like the Biden administration will undo the dice that his predecessor has rolled with the signing of the peace agreement with the Taliban, uncertainty lurks regarding the specifics. There are those who believe that any hasty withdrawal and reduction in the U.S. troop presence in Afghanistan is likely to affect the counter-terrorism efforts on the ground and the support that is being provided to Afghan forces fighting in the field. In fact, NATO Secretary-General Jens Stoltenberg recently stated, “We now face a difficult decision. We have been in Afghanistan for almost 20 years, and no NATO ally wants to stay any longer than necessary. But at the same time, the price for leaving too soon or in an uncoordinated way could be very high.”

President Trump, early in his tenure, in an effort to disassociate his Afghan policy from that of Obama’s surge and exit policy, promised conditions-based, and not a timeline-based approach. However, Trump and his advisers currently stand accused of trying to orchestrate a hasty withdrawal, without sensing conditions on the ground. A peace agreement that was negotiated and signed with the Taliban without the Afghan government, gave a whole new meaning to the promise of an ‘Afghan-owned and Afghan-led’ peace process. Now with the onset of the Biden presidency, Afghan officials are calling for a more responsible approach to the Afghan issue that will provide more leverage to the Afghan government to negotiate from a position of strength. Will the Biden administration renegotiate the terms of the peace agreement with the Taliban and extract concessions from the Taliban? There is no concrete answer to this currently. While it is more probable that the peace agreement will continue to remain a frame reference for any future negotiations between the U.S. and the Taliban, many expect that the Biden administration might see more reason in inspecting commitments from the Taliban, before acting on the actual phases of the withdrawal process.