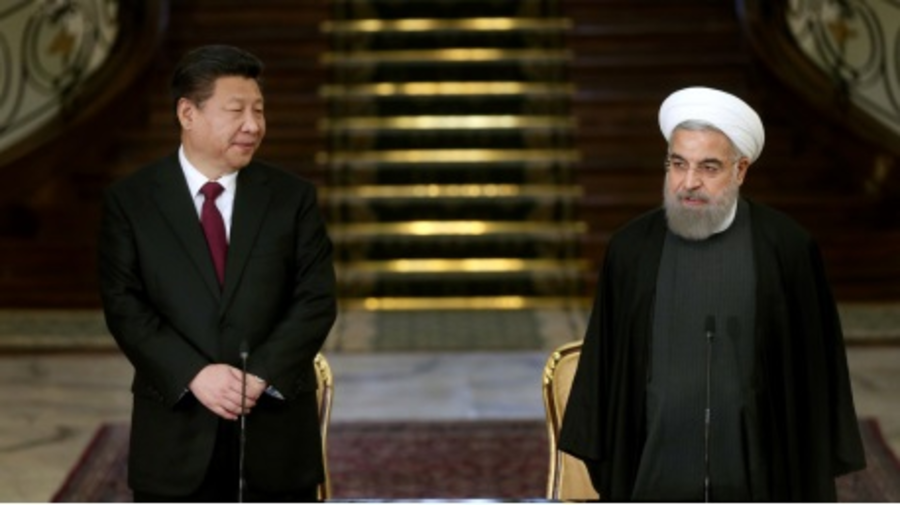 Iran is the world’s 17th biggest country that has a vast border with its neighbouring countries. After Saudi Arabia, Iran is the second-largest state in the Middle East. Her territory is more extensive than some European countries like France, Germany, Netherlands, Belgium, Spain, and Portugal. The total population of IRI is 82.8 million. In 2019-2020, Iran’s estimated Gross Domestic Product (GDP) worth was $ 463 billion, and the GDP per capita is currently $ 5594. Compared to the fiscal year of 2019-2020, her GDP ratio declined in 2018-2019 due to 13% of the financial gap. Some economists argued that her economic growth ratio would remain decreased in years (2020-2021 & 2022-2023). The geo-strategic location and stable political structure are essential tools that bring peace and prosperity for a state, even though it has external power influence. The unipolar structure struggles hard to dominate the Islamic Republic of Iran (IRI) since the Islamic revolution through economic sanctions and power pressure policies. They are not only failed but also their policies make her stronger internally. Resultantly, IRI political regime finds out an alternative route in the shape of the People’s Republic of China (PRC) that is an emerging power and will fulfill her state’s need. The PRC Belt and Road Initiative (BRI) project will move the world structure from unipolarity to multipolarity. In this project, PRC is connecting with Central Asia, Sub-continent, Middle East, and Eastern European regions. IRI is the most favorable state for PRC due to its strategic location. The PRC-IRI upcoming deal of $ 400 billion is the biggest challenge for the USA’s hegemony in the Middle East and South Asia but from the IRI perspective, it will bring prosperity for her nation. This deal’s essential factor is that it is seven-time bigger than China Pakistan Economic Corridor (CPEC). The IRI and PRC have planned to develop Bander-e-Jack, which will be the most important port. Kish Island, most probably take over by the PRC Navy that will be the biggest challenge for the USA. Paul Kennedy described in “the fall of the great power” that the great powers have been declined due to less ability to gain a vast national interest. The present scenario of the world structure moving towards a multi-Polaris system is the red signal for the supremacy of the United States of America (USA). Mike Pompeo’s statements against the PRC investors are like tissue paper. PRC is the USA’s biggest competitor, and it is not easy to use hard power against her. The PRC and IRI movement towards each other is the result of USA dominance that wanting peace and prosperity in their states. The PRC’s consecutive struggle on BRI’s project is to expand IRI’s interdependency. The project would play a role like a backbone and bring out the 3rd world states from unipolar dominance and fulfill its need. The upcoming deal between IRI and PRC will make stronger their bilateral relations for almost 25 years. Tehran leaked document showed that PRC would invest in the 5G, banking, free trade zones telecommunication sector, infrastructure. Furthermore, they plan for military expansion, sharing of intelligence, training, and weapons designs. IRI’s actual hurdle is it did not export oil to the other states due to the USA’s full power pressure policy.

The upcoming deal of IRI-PRC will fulfill both countries’ needs because PRC will purchase IRI oil and gas at a quarter-century discounted price. Under this condition, with PRC put her legs in two ships (Iran and Pakistan). The question is arising from which country PRC will get more returns? The ground reality of the IRP and IRI economic structure is that IRI is in a strong position as compared to IRP due to her GDP expected to $ 410 billion, GDP Per capita 6500. According to the per capita income, she is 95th rank in the world. Even though the upcoming deal of IRI and PRC will bring function for the IRP. However, one important factor that will play an important role in the importance of CPEC is that PRC does not have a direct geographical connection with IRI. IRP is the country that provides CPEC to reach Gwadar port with cheapest and nearest route also with Bander-e-Jack, Africa and Europe. The deal of IRI-PRC is focused not only on trade but also on military facets. They consider joint research, training exercises, intelligence sharing, weapon development, and human trafficking. Under this deal, the PRC will deploy almost 5000 security personnel for security. The clean energy project will be enhanced in the IRI desert areas attached to the Baluchistan province of Pakistan. The Infrastructure link of Pakistan will have connected with CPEC. This deal will reduce the unipolar hegemony in the Sub-continent and the Middle East. On the other hand, IRI and its allies’ influence will be enhanced significantly in the Middle East.