Diplomatist > Health > Home Featured > How India was Better Equipped to Handle the COVID Crisis and Yet, has Lagged!

How India was Better Equipped to Handle the COVID Crisis and Yet, has Lagged! 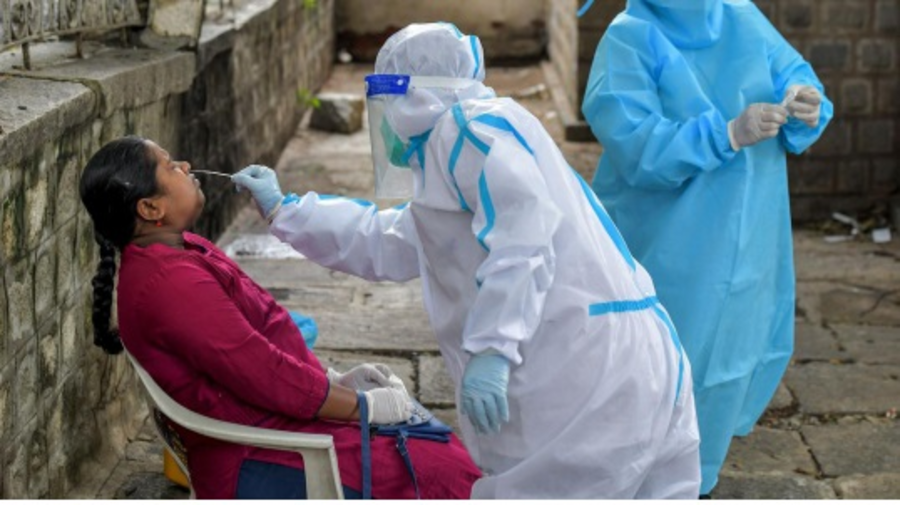 In physics, a lot depends on your ‘frame of reference’. You may ask, what is a frame of reference? It simply is the point from where you make your observation, your vantage point if you would. Changing your frame of reference can have huge impacts on the perception and analysis of reality, something that is beautifully shown by Einstein’s General Theory of Relativity.

In real, normal, day-to-day existence too, our frames of reference play a crucial role in how we observe and interpret things. A man trying to kill a snake who had just attacked his young daughter (out of defence again, I have nothing against the snake folks) would be seen as a cruel act by the animal protection groups, urging him to bag it alive instead. On the other hand, for the man, he is just trying to make sure that his daughter is safe from the reptile forever.

In view of this, a stark similarity dawned upon me in recent times. There is a general joke among the public that Indians are very shy, yet there are more than 1.3 billion of us. I too have cracked it to break the ice with my foreign friends. The origin of being shy also stemmed from the fact that, generally, Indians preferred to wish a ‘hi’ or a ‘bye’ from a safe distance, folding their hands politely in front of their chest and say ‘Namaste’, instead of a handshake or a hug (usually accompanied with kisses on the cheeks) like in the Western world. Of course, the trends change every day; with globalisation more and more Indians were starting to adopt the western way, but the general belief at large does not associate them with being too close to another person physically if he/she is not an immediate family member. But why this distancing? Why did they not mix well like the other cultures? Was it just due to one’s position in society? Was it just caste? Or was it just the physical partition due to sex?

In fact, segregation was such that as recently as until the last century, a typical Indian household lifestyle would comprise of shunning your shoes and chappals outside the main house compound. There were also general rules being followed for millennia: for example, burning the dead in funerals instead of burying them, practicing vegetarianism, having washrooms outside the main premises of the house for people to refresh and ‘purify’ themselves before they could enter the sacred area, the most sacred of which was the kitchen where women had to bathe before they could enter and cook. If you ever had visitors, not only were they given a separate room, their utensils and clothes were washed separately as well. You were not supposed to touch anything or anyone outside, and if you did, you had to take a bath as soon as you come back and wear fresh clothes. In some houses, such practices are still followed religiously. Ancient Indians are believed to have used a minimum of three sets of clothes a day, without adding the ones required for an inadvertent bath.

In the majority, all such practices seemed so drastic and outdated today that most of them were either forgotten or deliberately put out of use so that we could ape the modern world or be a part of the majority and ‘be normal’ like everyone else. To an extent, I believe that was the way to go too: one should evolve and adapt continuously for the betterment of the self and the society at large, for civilisations must not be rigid in any form. Others in the world were making great progress and there was absolutely nothing wrong in emulating them and learning newer ways of life. It was, indeed, the right thing to do. Moreover, it was not that the Westerners were not leading hygienic or healthy lifestyles: the developed countries all have a higher life expectancy than India! They take the cleanliness of the society at large very seriously too, whereas we require national movements like Swachh Bharat to push us to clean our environment and even debate and argue about it. All we have cared about is personal hygiene.

In whatever way we take it, my frame of reference changed with one event. The attack of the COVID-19 virus! From being shy, suddenly the entire world saw the Indian way is the way to go. The Heads of States started greeting each other through a Namaste rather than a handshake because the virus is contagious. Social distancing has now become the norm, not only to survive but also to progress! Why though, is it so relevant?

In particular, let us look at the Harappan Civilisation and its demise as an example. One of the main possible culprits in its decline and eventual lapse into history through dust and fossils is an epidemic that spread through its major cities, forcing people to flee and scatter. Although there could be numerous factors that could have led to such a scenario, however, the contribution of shared bath tanks and other common utility services cannot be ruled out. Controlled segregation, it appears, has been the key.

In a brief reckoning, it appears that one of the main reasons for the Caste system in India was also this social separation. The job description of each of the four classes required them to be isolated from others, not of their kind. One may say that learning from some previous epidemic in Vedic India, it was decided that the researchers and doctors and teachers are the most important people in order to avoid such an event or fight against it, as is evident today. They had to be treated with respect, but as is in the present-day world, they had to beg to survive. Then came the ruling class, like our governments, followed by the merchants who churned up all the wealth and prompted all the government policies and country economics. The cleaners, as they were most prone to diseases that could be spread through touch, were considered untouchables! One’s job determined one’s status in society. Sadly, this system was misused to discriminate against beings on a rampant basis creating a chasm, and needs to be abandoned urgently! Nevertheless, the critical point here is social distancing. That has always been essential, and it is inherently ingrained in our society and lives.

In the same breath, my frame of reference changed again two months into the lockdown mode. This time, I realised why the people of India, though better equipped to handle the situation, better trained through centuries of social practicing, still could not contain the numbers and the spread of the pandemic. A simple reason: lack of self-discipline and a ‘chalta hai’ attitude that has crept into our routines. To put into perspective, the COVID-19 virus is known to be stopped by the use of N-95 masks, as it has smaller pores than the size of the parasite. Yet, everywhere one can see people going about their businesses wearing simple cloth masks and handkerchiefs, inviting tragedy through peeping nostrils or gaping mouths. Some other very coolly give it a pass. If this, we thought, was enough to prevent the virus from entering our bodies, we are gravely mistaken, indeed as the numbers show.

In hindsight, however, the people are not to be blamed entirely for not following the protocol of wearing N-95 masks only. The availability and affordability of such masks for the sheer population puts India in a catch-22 situation. Low per capita income for most people means they have to make do with whatever is available. Add to that the policies of the Central and State Governments about imposing the lockdowns. What started for 21 days initially, went on for about two months without any notice or relief, and just as the numbers were starting to rise, the ‘unlock’ phase began, providing the virus ample hosts to prey upon!

In defence of the governments, even they are not fully at fault. The common man and the daily wager need to work to survive. They are the unseen pillars of the basement of our economy. Yes, the reason perhaps is the economy. Economics drives the world, and here it has driven a country right in the middle of a catastrophe. Nevertheless, a quick ratiocination manifests our own careless, negligent, indiscreet and incautious attitude as the key malefactor! Every day, even after passing the peak, India records about fifty thousand cases of coronavirus now. The lockdown has been completely lifted in several states, however, the control of the virus appears now but a miracle. Yes, the numbers are dwindling, but the possibility of a second wave, worse than the first like in the West, certainly looms very large.

In whichever way we perceive it, the original way of life of Vedic Indians (a lifestyle that even impressed great modern physicists like Schrödinger, Heisenberg, Tesla, etc.) was always adept at saving us from pandemics like the COVID. We, however, have messed up the opportunity to lead the way for the world once again and show them that controlled social distancing, practices like Yoga and eating habits that include spices to boost immunity can help us survive one of the most dangerous pandemics in the world has ever seen. True, the mortality rate in India is one of the lowest, but that is not something to boast of when we know that many coronavirus cases are sure to come up soon unless we sleeve up and become responsible not only for ourselves but for everyone we come in contact with. The blame game towards the policies of the governments, or to the country of origin or to the lack of vaccine can be played later. We, the common people, must take precautions and maintain the physical social distance. The current need of the hour is to be sensible and team up, albeit individually. The resources are there, along with information and our values. We just need to use them optimally. There is nothing in the world that 1.3 billion humans cannot achieve together and we MUST stop this spread with all our might. Until then, we are the culprits, no matter what frame of reference we choose to observe ourselves from.

Dr. Gagandeep Singh
Author is a Postdoctoral Fellow in theoretical nuclear physics with affiliation to the University of Padova, Italy. His interests include nuclear reactions and astrophysics, origin of the universe and ancient Indian philosophy, among others. He can be found at: gags02@gmail.com, and https://www.linkedin.com/in/gags02/.
Tags:
Healthcare China India pandemic COVID-19 coronavirus Asia
Share:
Share this...