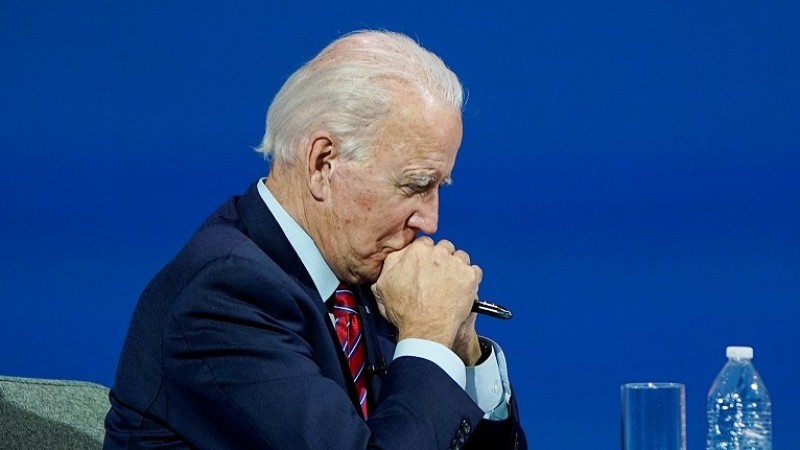 Various agencies have called the U.S Elections in favour of the Biden administration, which signals a return for the world’s most powerful nation (presently), to the ideals of the democratic party. The tumultuous years of Donald Trump’s presidency have been rife with controversial foreign policy narratives and uncertain decision-making mechanisms in the U.S. However, the coming of the Biden-Harris duo prompts the ushering of an era of increased stability for America, especially in the context of how the nation will deal with a growing strategic force in the world – the Asia-Pacific.

When we take into account the growing stride of the Asia-Pacific nations, and the causative importance of the Indo-Pacific region, we picture conflicting policies from China, the United States and the ASEAN. While the States picture a Free and Open Indo-Pacific, the ASEAN (Association of Southeast Asian Nations) calls for an Open and Inclusive Indo-Pacific, indicating the “inclusion” of the dominating force that is China, in a sentiment quite stark from that of the former. However, it has to be kept in mind that the ASEAN is the backbone of the Indo-Pacific narrative and the centre point connecting the various ends of the region. Therefore, it is safe to say that the first and most important aspect of Biden’s engagement with Southeast Asia has to be to engage the ASEAN within various, multimodal projects to enhance the rule of law within the Indo-Pacific while figuring out how to counter-balance China’s military flex in the South China Sea, the Philippine Sea and the Indian Ocean Region (IOR).

There are two aspects to be considered here: first is the international law and human rights situation in Southeast Asia, and second, is the U.S return to the TPP (the Trans-Pacific Partnership; now called the CPTPP or the Comprehensive and Progressive Agreement for Trans-Pacific Partnership). In terms of the first aspect, we must understand that Biden’s former years as Vice-President of the States, as well as his messages to the American population throughout the campaign trail, have shown us his respect for “justice” and “human rights”, which was also one of the primary mobilising factors for his win, especially since the American citizenry had fresh in their memories, the four years of divisive politics, polarisation and discrimination of varied forms under a Republican government. So while the Biden administration will be expected to renew the stature of American Foreign Policy and decision-making, he will also be expected to not let go of the firmness in dealing with international law and human rights violations, especially those stemming from China’s activities. Therefore, the U.S Southeast Asia policy under Biden-Harris must address the Chinese belligerence in the South China Sea, the uncalled for String of Pearls in the IOR, and other human rights issues like the shutting down of dissent in Vietnam and Cambodia, the Rohingya crisis and the ethnic cleansing in Myanmar and most importantly, the issues caused by the Duterte’s populist regime in Philippines (which was actually furthered by the Trump administration).

At the same time, addressing these issues would require a balanced approach on part of the Biden administration, that does not disrupt sentiments of sovereignty among these nations. There can be a few ways to do this – firstly, the U.S must reconsider coming back to the negotiating table with Iran on the Joint Comprehensive Plan of Action (the JCPOA), so that the economic sanctions on Iran can be lifted for the benefit of all those ASEAN nations that carry out millions in both oil and non-oil trade with Iran. Another strategic instrument that the U.S must return to is the Paris agreement, because climate change is very close to Southeast Asian policymaking, and the ASEAN Indo-Pacific Outlook views climate cooperation as one of the most important geopolitical endeavours in the region. Secondly, for nations like Japan and Vietnam, that look at the United States as a “big brother”, Biden must chart out a renewed military and economic deal that ensures protection for such nations, especially against threats from China, now that Japan has fully withdrawn from all trade relations with China, and Vietnam is struggling with the Spratly and Paracel islands dispute. Thirdly, U.S must find ways to become more closely integrated with India’s policies towards the Indo-Pacific, because now that India’s endeavours towards the region are being strongly shaped by hegemonic goals, U.S backing and support can act as an assuring factor for both India and the ASEAN (both of which are significant parties in the Asia-Pacific narrative).

The second of the two aspects to be considered on Biden’s Southeast Asia policy is that of the Trans-Pacific Partnership. The TPP never came into force as Donald Trump chose to back out of it after it was signed in 2016. But the renewed version of the deal, vigorously promoted by Japan in the form of the “CPTPP”, has the potential to emerge as the world’s most dominant economic network, primarily because of the demographic and the geostrategic capacities of the nations involved. Presently, member nations of the CPTPP, like Japan, have looked at the United Kingdom as an alternative to fill the power vacuum in the CPTPP. But if Biden returns to the partnership, it can help structure it into the trade power that it has the potential to be, and the CPTPP can give the U.S a strategic advantage in terms of economic engagement with the Global South in general, and Southeast Asia in specific.

The Biden-Harris duo has a lot to consider in terms of how to deal with Southeast Asia, but the most important step would be to create a balance of power in the region, by keeping China in check, while collaborating with the ASEAN and India to establish openness, freedom of navigation, rule of law, and economic and military stability as founding factors for strengthened Indo-Pacific. At the same time, they must strategically use various transnational instruments, and their vigour for human rights, to reaffirm the American stature in Southeast Asia.

Anushka Saxena
Author is a Foreign Policy and International Affairs enthusiast, and her areas of expertise include China studies and Maritime Geopolitics. She is working as a Researcher with the Neighbourhood Studies Centre at the Nepal Institute of International Cooperation and Engagement, and as a Research Supervisor at Alexis Group. She is a student of History at Lady Shri Ram College for Women, Delhi University.
Tags:
ASEAN Indo-Pacific Southeast Asia Biden Harris U.S Presidential Elections
Share:
Share this...