The Future of Smallholder Farming in India 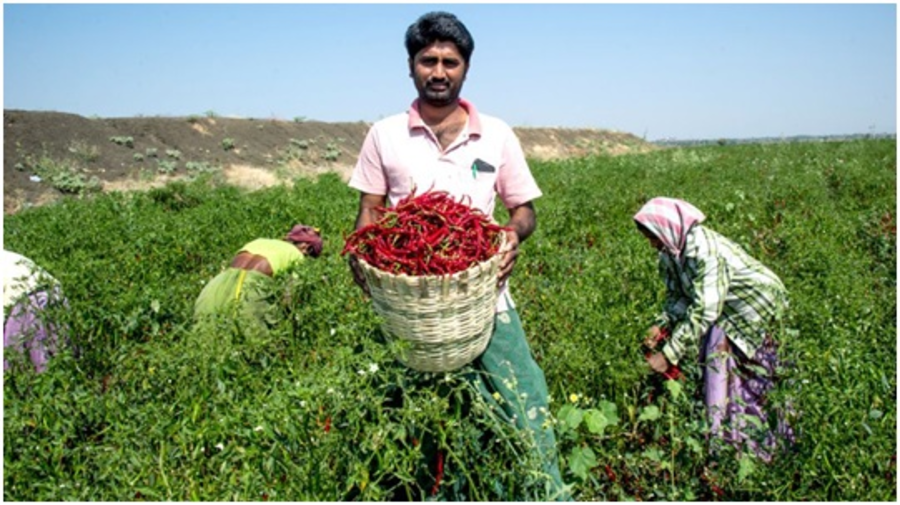 Does the small landholdings in India is a big problem? Is it needed to be considered for the development of the nation? Yes, small farming needs a different set of solutions for development and poverty obliteration in India.

Small farmers have the utmost importance in Indian agriculture. Small and marginal farmers account for 86% of total farmers but they contribute only 47% of total cropping area (2015 – 2016 – Agriculture census), which shows that there are some significant landholdings disparities in India. The growth of small farmers is highly linked with the development and poverty reduction of the nation.

Around 37% of farm households own land parcels smaller than 0.4 ha and 30% had holdings which fall between 0.41 and 1.0 ha (2015 – 2016 survey by NABARD). This is one of the major reasons why Indian farmers are not competent. Even though India stands second in terms of production of rice and wheat, in terms of productivity it ranks 52 and 38 respectively. The main reason behind this is the small landholding which leads to less mechanization, a survey showed that only 5.2% of farmers in India holds tractor and 1.8% have power tiller.

The majority of small farmers follow traditional farming which is highly labour intensive and it is the family members who have been mainly involved in farming as labour. Small farmers focus on producing sufficient food for their family and they market any surplus production for cash income. The cropping pattern of small farmers is highly influenced by the consumption preference of the farmer. Profit maximization has never been the objective of the small farmers. Thus the economic benefits received by them are very less and therefore there is a migration of small farmers from farming sectors to others and there is more involvement of household women in farming. A recent economic survey indicated that there is a ‘feminization in the agriculture sector’ with the women in multiple roles as a cultivator, processor and entrepreneur.

According to small farmers, farming is not a desirable profession because the only increase in production doesn’t mean that the farmers are getting enough economic benefits. Does doubling or tripling the production of small farmer’s doubles or triples their income? Actually no, other than supply and demand equilibrium, there are other distortions in agriculture like the perishability nature of the produce, supply chain facilities, transport and storage facilities, etc. Small farming in India needs a big shift from basic traditional farming to more efficient, sustainable and productive farming. Technological and institutional innovation is needed for the small farmers for the increase in agricultural productivity and increase in income through diversification and high-value agriculture.

Small farmers are facing problems due to non-availability of quality inputs, lack of access to credit facilities, public resources, technology, limited quantity production, etc., lack of assured market and income safety which resulted in an increase in dependency of farmers on the intermediaries and local money lenders for which Farmers Producer Organisation (FPO) is a solution funded by SFAC. The development of small farmers is intertwined with crop choice, input usage and supply chain availability. FPO is a farmer’s interest group created to provide economic and technical benefits to the members registered under the Indian Companies Act. It enables the small and marginal farmer’s group access to the credit institution. Since the quantity produced by small farmers is less the bargaining power is low, FPO helps in the marketing of produce by pooling the produce from the members through a structured value chain.

Even though China and India have traditionally been agrarian countries with a large population and similar famine history, the growth rate of the agriculture sector in China is 4 to 5 percent while in India it remains stagnant at 2.8% for the past six years. The threefold reason behind this is technology improvement from R&D, more investment in rural infrastructure and liberalized agriculture policy in China where India actually lags. India is investing just 0.28% of agricultural GDP in agriculture research spending, the wastage of fruits and vegetables is around 16% and for oilseeds, cereals and pulses it is around 10% due to lack of efficient supply chain. An increase in R&D investment and improvement in rural infrastructure will lend helping hands for the development of small farmers.

Agricultural industrialization that focuses on the consolidation of small farms to vertical coordination like contract farming will be the future need for the development of small farmers in India. Due to the limited quantity of produce, small farmers will restrict them within the local market for which E – choupal by ITC has been a solution by direct procurement of agricultural produce in the rural areas from the small farmers. Such kind of technological innovation is needed for providing better remuneration for the small farmers.

Doubling farmer’s income in India by 2024 is possible only by increasing the income of the small farmers. Strong policy reforms towards agricultural industrialization, increasing investments in agriculture R&D and rural infrastructure, efficient performance of FPO is needed for the development of small farmers and reduction of poverty in the nation.