Indo-US Strategic Partnership: The Genesis and its Trajectory Evolution 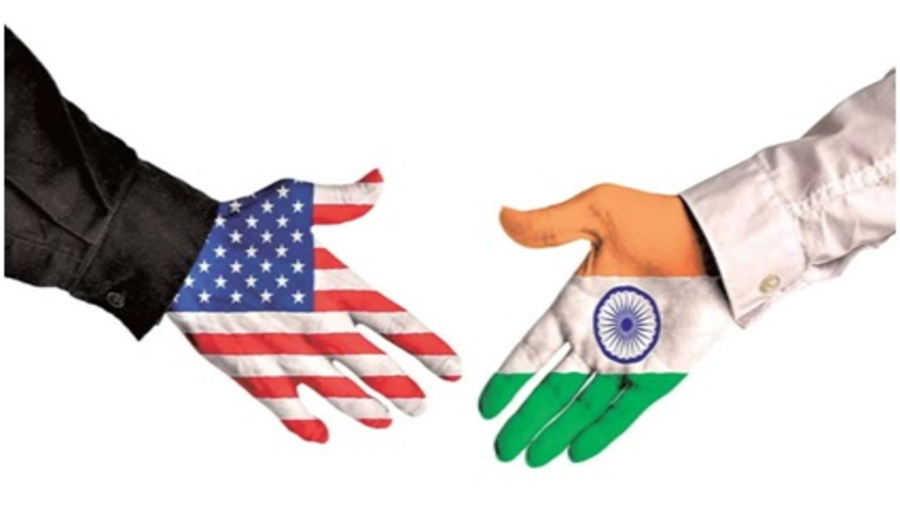 The “Kickleighter proposals” of 1991 had envisioned increased strategic cooperation and partnership between India and the U.S. Consequent to these proposals, army executive steering groups (ESGs) were established between 1992 and 1993 to achieve the said purpose. Post 9/11, the two countries came closer to each other owing to the common threat challenges of terrorism. The relations between the two have witnessed a phenomenal rise ever the sanctions imposed on India were waived off by the then U.S. President George Bush. The positive overtures were followed by the first foundational agreement that was the ‘General Security of Military Information Agreement’ (GSOMIA) signed in 2002 which paved way for intelligence sharing and brought the two countries strategically closer to each other. Subsequent years witnessed India inking important strategic agreements with the U.S. which included the signing of ‘statement of principles for US-India high technology cooperation’ (2003), the ‘next steps in strategic partnership’ (2004), the ‘new framework for US-India defence relationship’ and the civil nuclear cooperation (2005). On the other hand, Japan, a strong ally of the U.S. since the end of the Second World War also expressed its desire to forge strategic relations with India owing to the Chinese aggressive ‘gunboat’ diplomacy and the building of its artificial islands. In 2007 although the then Japanese PM Abe had proposed the Quad and had put forward the concept of an ‘arc of freedom and prosperity’ in Asia through the ‘confluence of two seas’. India had the considerations of China and hence was still hesitant despite the regular joint military exercises, but options for future collaboration with enhanced strategic depth were now open.

As time passed by, the common concerns of the factors of terrorism emanating from Pakistan’s soil along with the related Afghan quagmire and the Chinese expansion in the near and distant seas of the South China Sea and the Indian Ocean made India and the U.S. come together. Maintaining the freedom of high seas and safeguarding the critical Sea Lanes of Communications (SLOCs) in the Strait of Hormuz and the Persian Gulf, the issues of safety of Japan and Australia made it critical for the two countries to act accordingly.

Simultaneously, in the military domain, the Indian purchases of military platforms such as P-8I and C-130 J aircrafts signalled the enhanced military to military convergences. However, India was unable to fully utilise these platforms because of the hindrances of critical technology transfers. For instance, P-81 was delivered with secured communication and navigation aids. To overcome such a problem and to counter the emerging threats; India and the U.S. decided to move towards other foundational agreements which included Logistics Exchange Memorandum of Agreement (LEMOA), the Communications Inter-operability and Security Memorandum of Agreement (CISMOA) and the Basic Exchange and Cooperation Agreement (BECA). Although LEMOA was signed in 2016 which allowed for mutual access to designated military facilities for the purpose of refuelling and replenishment, yet, CISMOA and BECA remained a distant dream owing to the official justifications required at the end of the Pentagon to release sensitive data involving command, control, communications, computer intelligence, surveillance and reconnaissance (C4ISR) data.

While the resolution of this issue was being sought, the Doklam stand-off in 2017 urgently necessitated on the part of India extra measures to counter the threat of China in its immediate and extended vicinity. Accordingly, the U.S. administration partly tried to address India’s security concerns by including India in the Strategic Trade Authorisation1 (STA-1) list in the same year. The agreement made it possible for the U.S. to export sensitive space and defence dual-use technology and put India at par with its other two allies- Japan and South Korea.

The next step in building a strong Indo-U.S. collaboration was soon undertaken when in 2018 the first 2+2 Dialogue with the U.S. was held which had immense importance for India. For the first time, a summit was held wherein linkages between defence and foreign policy were established and was aimed to overcome the overlapping challenges that hindered cooperation, first, between the two ministries per se and second with the U.S.

The 2+2 dialogue facilitated the resolution of the problem of documentary justification with the signing of the Communicational Compatibility and Security Agreement (COMCASA) at the 2+2 Dialogue in 2018. COMCASA allowed the U.S. to share with India its sensitive technologies and now the C-17 and C-130 J that were previously purchased from the U.S. were able to utilise ‘Link-16’ (a network that shares real-time tactical information between military networks of the allies), Identification Friend or Foe (IFF) and secure voice terminals and satellite communication (SATCOM) trans-receivers. Both the countries further decided to implement Helicopter Operations from Ships Other Than Aircraft Carriers (HOSTAC) in order to strengthen the Indian maritime security. As parallel development in the same year, the joint cooperation has been visible in the Indo-Pacific region as well as beyond. The U.S. has been supportive of India’s inclusion in the Australia Group, Wassenaar Arrangement as well as in the Missile Technology Control Regime (MTCR).

China’s misadventures in the Galwan Valley along with its increasing use of its hybrid warfare tactics with an aim to create grey zones followed by its aggressive posturing led to both India and the U.S. jointly acknowledging the Chinese threat. This hints towards a more pragmatic policy and a paradigm change from India’s past policy. The rules of dealing with the Sino-Pak collusive threat are now being evolved with India taking a more offensive defense posturing. The BECA agreement that has recently been concluded has the broader objective of increasing the overall military-to-military interactions by providing India with sophisticated and advanced navigational aids and avionics and superior missile targeting accuracy through long-ranged navigation techniques. The provision of supplying India with a wide range of topographical, nautical and aeronautical data will boost India’s capabilities concerning warfighting and combat viz-a-viz the traditional and the emerging threats. In addition, it will also boost the defence trade between the two countries and armed drones for long-range precision strikes. The agreement also holds considerable importance in the context of the Asia Reassurance Initiative Act (ARIA) wherein the U.S. committed itself to increase its strategic engagement in the Indo-Pacific region. Finally, to conclude, one can say that the emerging security dynamics has accelerated the process of Indo-U.S. strategic embrace that will re-configure the balance of power in favour of India.